Where to Get the Best Calamari in Rhode Island

Now that calamari, the official state appetizer of Rhode Island, stole the spotlight at the Democratic National Convention, it's our duty to spill the secrets on squid. 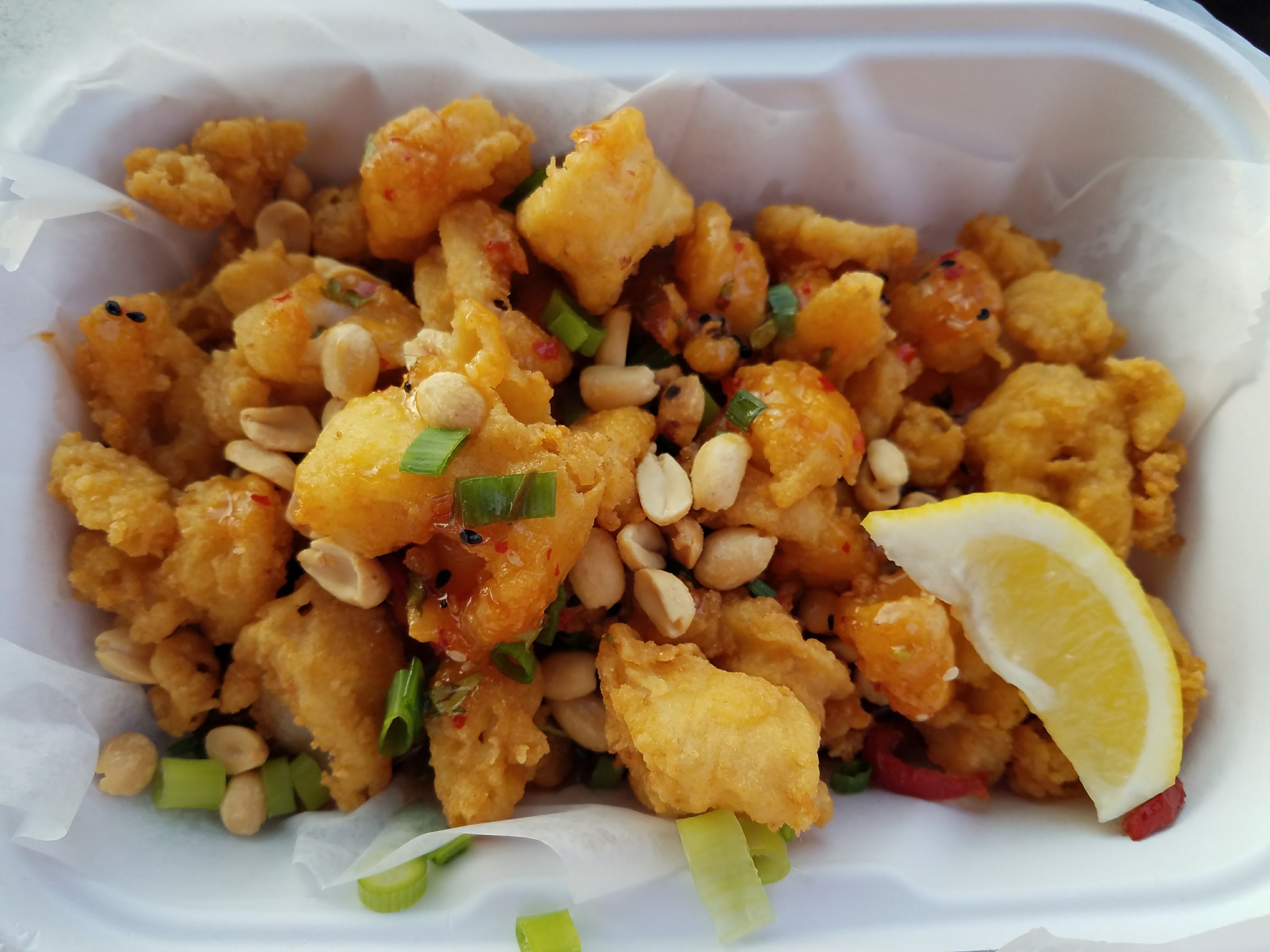 While many states took the opportunity to promote a landmark or cause at last night’s Democratic National Convention, Rhode Island went all in on its official state appetizer, calamari. At this year’s virtual convention, each state or territory was asked to send in a thirty-second video announcing their delegation’s votes for a presidential nominee, and most chose creative ways to represent their state’s culture, but Rhode Island’s video netted a viral social media phenomenon. Maybe it was the way Iggy’s executive chef John Bordieri presented the heaping dish with the finesse of a ninja, dressed in a black chef’s coat and matching Iggy’s mask and hat.

Here’s what McNamara said in the video:

“Rhode Island: The Ocean State, where restaurant and fishing industry have been decimated by this pandemic, we are lucky to have a governor, Gina Raimondo, whose program lets our fishermen sell their catches directly to the public, and our state appetizer, calamari, is available in all fifty states. The ‘calamari comeback’ state of Rhode Island casts one vote for Bernie Sanders, and thirty-four votes for the next president, Joe Biden,” said McNamara in the quick video promo.

Rhode Island Monthly columnist Ellen Liberman wrote about squid in her 2017 column, “Squid Fishing is a Boon to the Local Economy:” “In 2013, then Warwick State Representative Joseph McNamara took some ribbing for the bill he and Senator Susan Sosnowski submitted in their respective chambers designating calamari the official state appetizer. But neither the commercial fishing industry nor the hospitality community saw anything frivolous about promoting one of Rhode Island’s most important exports. A year later, it was signed into law by then-Governor Lincoln Chafee in 2014.”

Squid is Rhode Island’s top landed fish with more than 119 Rhode Island fishing vessels landing more than 22 million pounds each year valued at more than $28 million annually for this one species of fish. Galilee is the number one port for longfin squid landings on the entire East Coast. Rhode Island’s seafood processing facilities also include the largest supplier of calamari in the United States since out-of-state boats come here to have squid processed.

Here are some of our favorite places to eat calamari, not just Rhode Island-style, but in many different ways:

For the classic Rhode Island-style, we have to go with Andino’s, lightly breaded and served with hot cherry peppers, garlic sauce and a side of Frank Sinatra.

It might be the perfect marriage of sweet and tangy; fried calamari rolled in coconut flakes with homemade honey mustard sauce for dipping.

If you like your calamari with a little extra “pow,” this recipe’s got kick: fried squid with hot peppers, plum chili sauce, peanuts and scallions.

This Greek-inspired recipe will have you stuffed: extra large calamari filled with feta cheese, rice and Greek herbs, then braised and drizzled with traditional Greek Ladolemono sauce.

These calamari rings are floured, fried and tossed with queso blanco, choclo, mint, cherry tomatoes, banana and cherry peppers and garlic butter, then finished with an aged balsamic reduction. 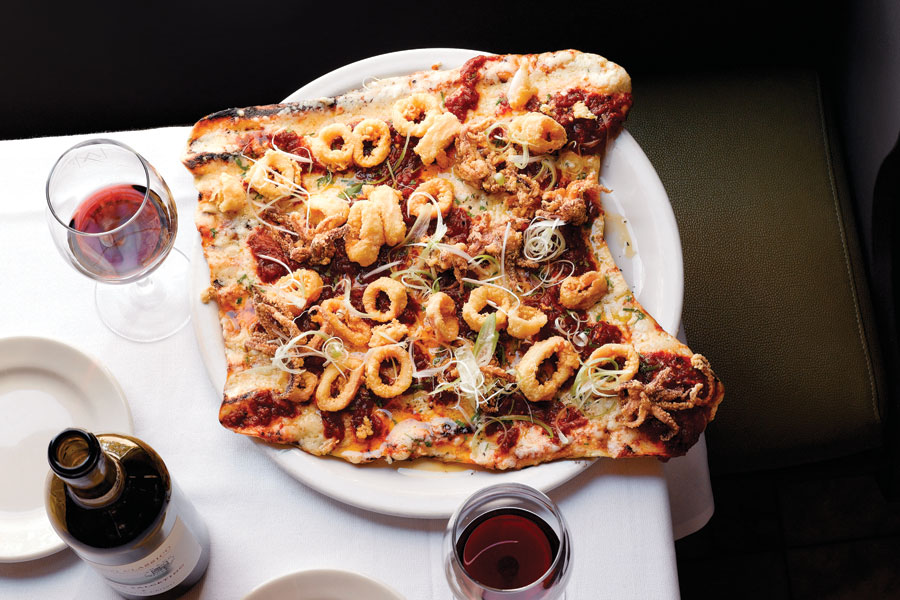 At James Mark’s north restaurant in the Dean Hotel, in better days chef Andrew McQuesten might take Point Judith squid and char it on the grill or cook it in a cast iron pan, but right now you can taste Point Judith squid for takeout on top of north’s dan dan noodles and mutton. Order some up tonight for pickup.

Squid Fishing is a Boon to the Local Economy