Waitress the Musical Appears at PPAC 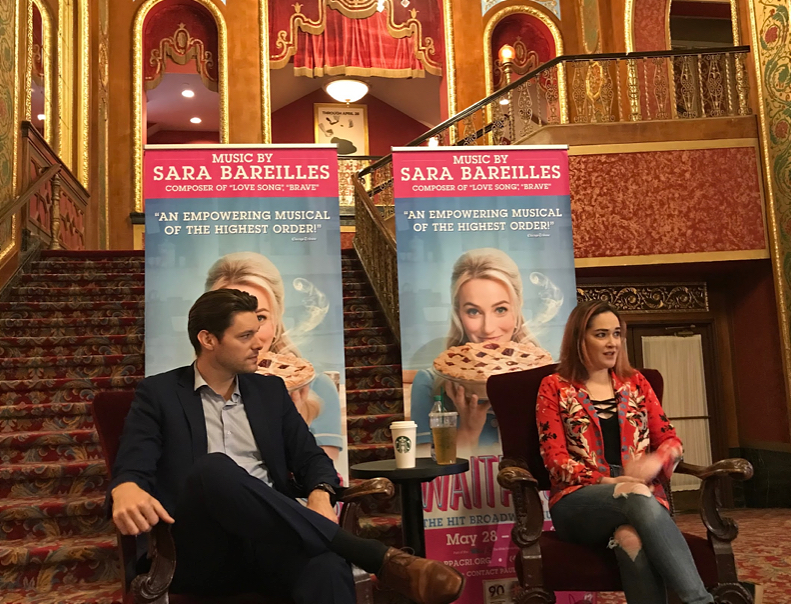 If there is one thing to be said about Waitress the Musical, it’s that it is different than your average Broadway production. Written, directed and created by a group of women, Waitress tells the story of Jenna Hunterson, a waitress at a diner in the south who has a passion for baking pies. The production explores the sometimes hilarious and sometimes heart wrenching journey that Jenna goes on and her relationships with others that change along the way.

Two members of cast on the national tour, Christine Dwyer, playing Jenna, and Steven Good, playing Dr. Jim Pomatter, discuss their role in the show now playing at Providence Performing Arts Center until June 2. While this is Good’s first national tour, Dwyer has been on tours with other shows including Wicked and RENT and says that Waitress is her favorite show yet. “Seeing people laugh until they’re crying and then cry until they’re laughing at themselves for crying so much is a really unique and interesting thing about this show. It brings you through the range of emotions both as an actor and as an audience member,” she says. “It’s the perfect musical,” Good adds. “For men and for women.”

Dwyer comments that the music, written and composed by Grammy-nominated singer-songwriter Sara Bareilles, makes the show stand out. “The music is kind of the underscore for the whole piece,” she says. “It’s not ‘I’m standing center stage, singing.’ Here, scene and song are one thing, together.” The unity of music and plot seem to ground the show in a special way and perhaps adds a different medium to the traditional shows found on Broadway. “It is a slice of life…It’s real, it is honest, it doesn’t have an agenda. It’s about human connection and about so many things that we don’t really talk about in musicals,” Dwyer says.

Whether it’s the music, the story, the comedy, the characters or the cast, Waitress is holding strong as a favorite among cast and audience members alike.

Tickets start at $61 and are available for purchase online, by phone at 401-421-2787 or at the PPAC Box Office located at 220 Weybosset Street in downtown Providence.