This Mysterious Rock Formation in Narragansett is a Sign of Hope

Visitors to Camp Cronin Fishing Area in Narragansett first took note of the stones in the spring of 2020. 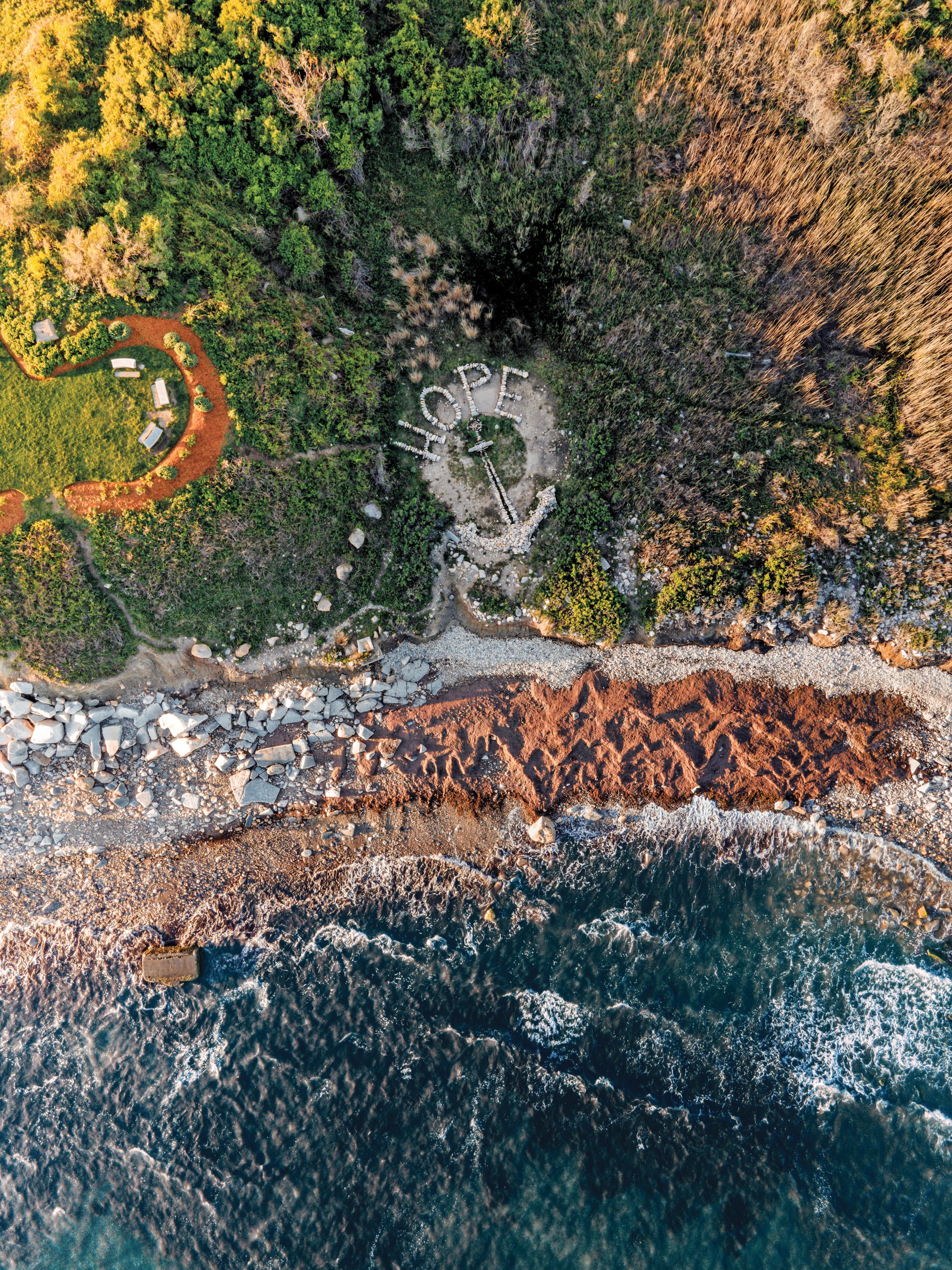 When visitors to Camp Cronin Fishing Area in Narragansett first took note of the stones in the spring of 2020, Rhode Islanders were in need of an anchor, set adrift in the early months of a global pandemic and a national reckoning with racism that sent waves rippling across the landscape. Two years later, those storms have evolved and changed, but the stones remain, kept in place by the hands of visitors to the seaside retreat (or perhaps the original, anonymous artist). Rhode Island’s history with the anchor dates to 1647, when an assembly in Portsmouth declared it the official seal of the newly united colony. Seventeen years later, another assembly added the word “hope,” establishing the motto that remains today. Like the origins of the stones at Camp Cronin, the reason behind the anchor’s selection remains a mystery, one State Archivist Ashley Selima says offers Rhode Islanders a chance to form their own opinions. “It gives people the opportunity to really ruminate on what it could have meant to the forefathers of Rhode Island but also what it could mean today,” she says. Some speculate the word hope was added in reference to a biblical quote — “Hope we have as an anchor of the soul” — but Selima notes the colony’s founders were meticulous about separating church and state. Her own interpretation is more grounded. “Anchors are things that hold you in place, and hope is something that is supposed to lift you up,” she says. “If you put those two things together, it brings you onto land and can bring you to a place of home.”