The Delicate Art of Repotting Your Plants

Trouble in plant paradise? Your plant is probably due for a pot change. 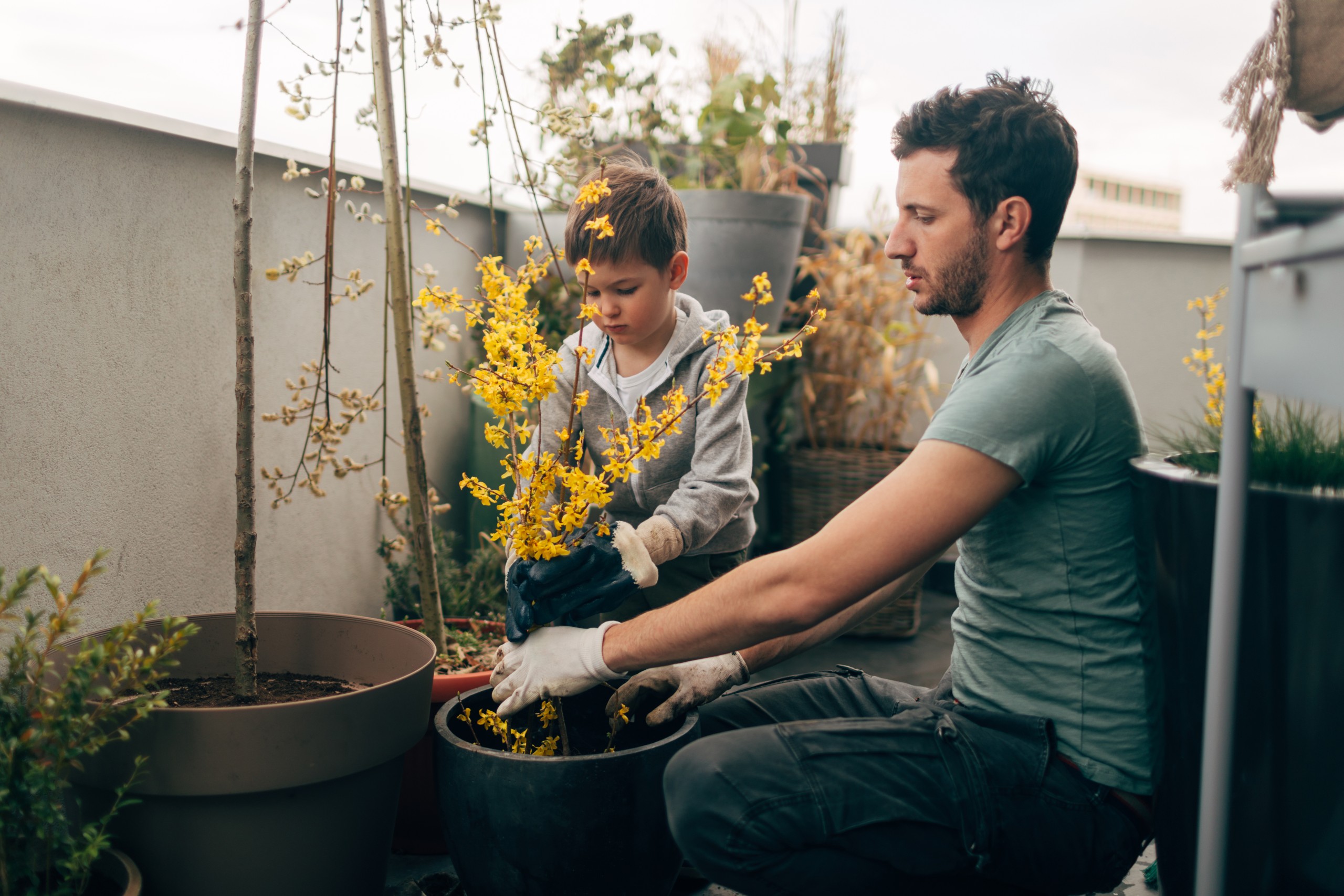 Watching your plant thrive and grow out of its first pot is a proud plant parent moment. It also signals that the plant needs to be moved to another pot to continue its growth.

Repotting is the process of giving your plant new soil – and usually a slightly larger pot – so its roots and shoots can get the right amount of water, air and nutrients. We spoke with Russell Stafford, owner of Homegrown Nursery in Pawtucket, about how and when to properly repot a plant.

Plants need space for their roots to grow so its foliage can expand into its boastful size, but they can’t get the proper nutrients they need if the contents in the pot are crowded. “What’s going underground is key to what’s going on above the soil. Repotting is providing a more favorable environment for the roots so the rest of the plant can grow and be healthy,” says Stafford.

If your plant has been in its container for a year or more and it begins to lose vigor, it may need repotting. A good way to check is by taking it out of its current pot to see it’s become a large mass of roots around the edge of the soil. Before replacing it in its new pot, “it helps to rake at the roots with your fingers so they don’t stay in that mass, or take some lukewarm water and try to rinse some of the soil off,” Stafford says. It’s always a good idea to check up on the potting situation every spring.

“You don’t want to put a plant in a container that’s way larger than the one it’s in. If you put your plant in a pot with too much room, then you have a bunch of soil in there and it’ll stay too soggy,” says Stafford. For example, if you have a three-inch-wide pot, go up to a slightly deeper four-inch pot, and plant at the same depth; Stafford recommends terracotta pots – which breathe better because of its porous material. Whichever pot you choose, it should have a drainage hole in the bottom to keep the soil from becoming too wet and oxygen-starved.

Using the right soil is essential as well. “Often with a bargain soil, you get what you pay for. You want a soil that has the right amount of moisture, aeration and fertility to support whatever plant you’re growing” says Stafford, who recommends organic fertilizer for its slow rate of release.

Remember to keep your newly repotted plant away from too much sun for a few days, then move it back to the sun after it’s settled into its new home.