Step inside this small bistro and be transported to Paris.

Few things in the food world are as reassuring as a French bistro. The three-meal-a-day prototype greets the sunrise with espresso and approaches midnight with an endless pour of Bordeaux. The eighteen hours in between swing from savory to sweet, but every dish is defined by its inordinate ability to comfort. So it’s no surprise that Ellie’s Bakery — a bastion of traditional French pastry and dense yeast breads — would eventually take on dinner in a space defined by Parisienne urbanity. 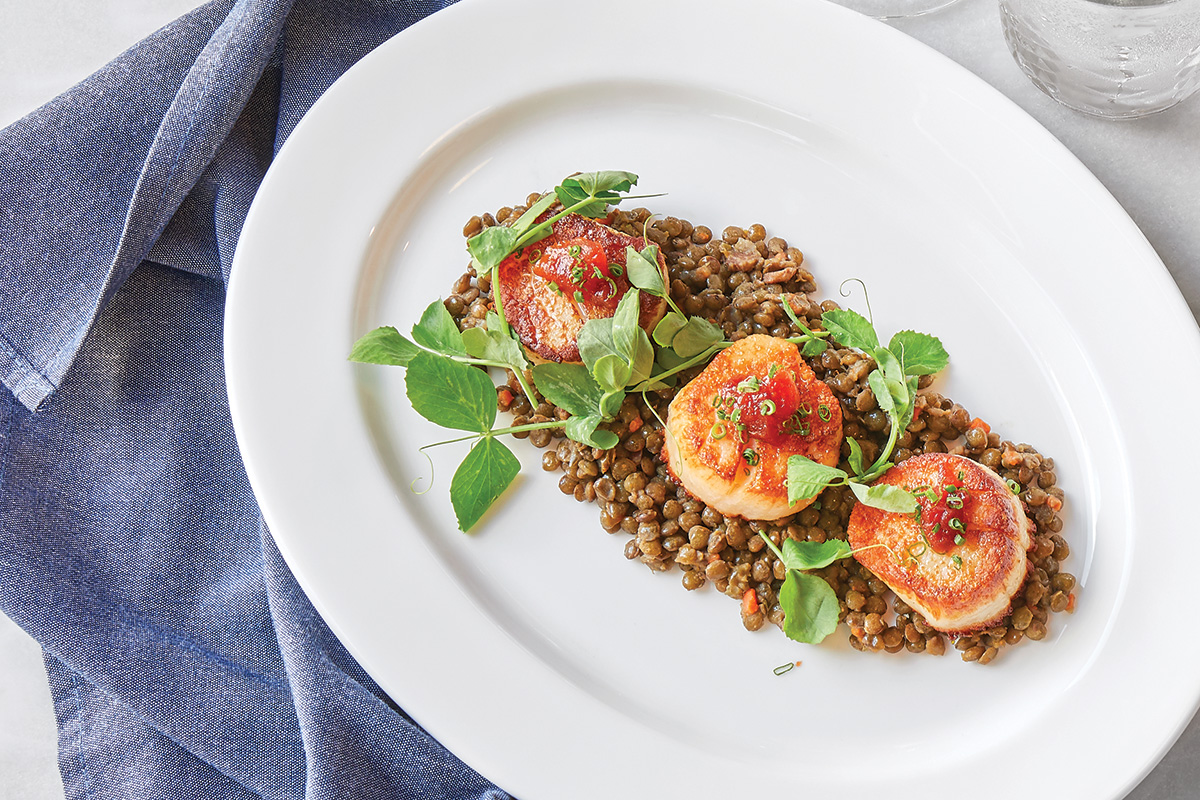 A step off of frenetic Weybosset and across the street from PPAC, Ellie’s doors open to a high-ceilinged culture swap in which even Americans will sit for a midday meal instead of collecting their lunch through the window of a car. A coffee bar anchors the far end of the restaurant with hand-stenciled chalkboards and cases full of pastries such as macarons and custard-filled tart shells. Scalloped pendants hang overhead, illuminating marble and cast-iron tables for two as well as a communal table that holds a dozen diners in conversation. The ceiling-high subway tiles and budvases filled with wildflowers speak to a European aesthetic but the surest way to identify Ellie’s commitment to French ideals is in the menu: every bite is a homage to cream, cheese and butter, regardless of the hour. 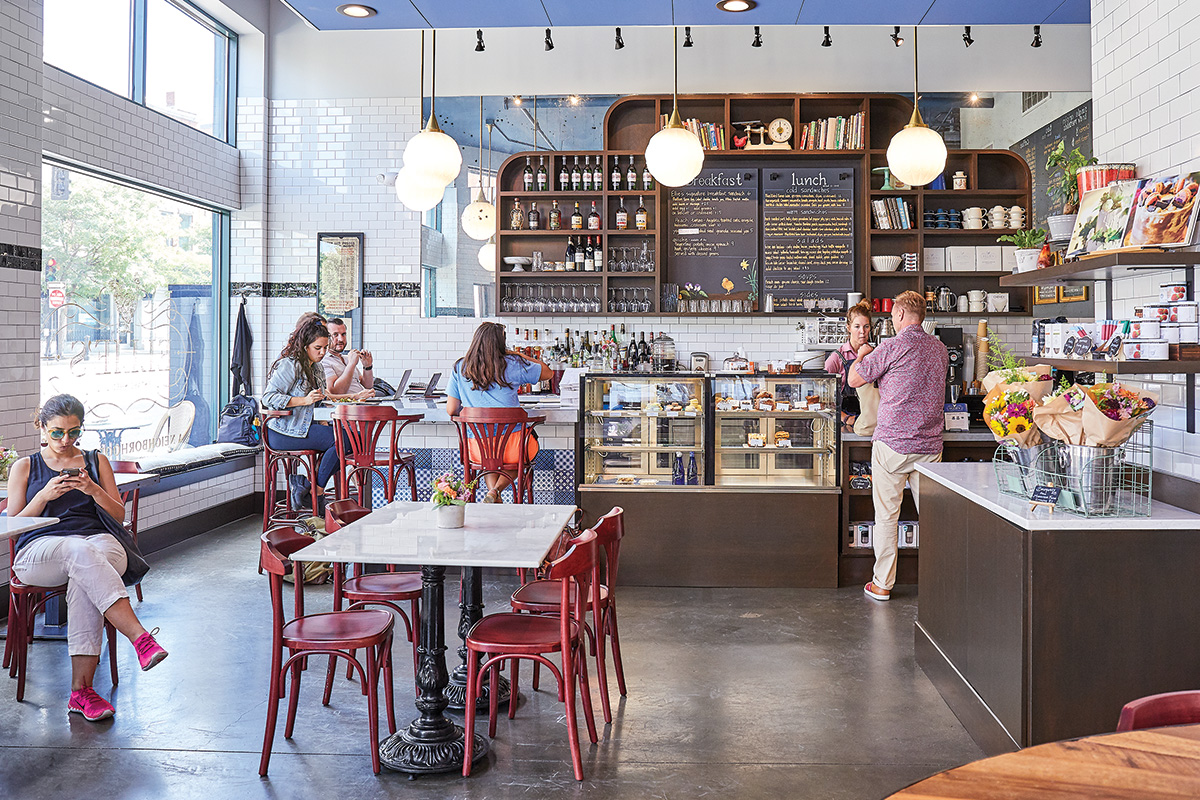 The tone is set when thick slabs of honey spelt bread are brought out on wooden boards accompanied by an abstract smear of soft, sweet butter. Bread may be an amusement or distraction at other restaurants but here it’s an affirmation. The early-morning rising, fermenting, shaping and obsessive decorating of a patisserie is the foundation of European culinary mantra: food is the most influential variable in our day. Luckily, a neighborhood bistro is there to provide the proverbial soundtrack.

Ellie’s dishes are often simple amalgams of seasonal ingredients and deft technique. Beef tartare ($18) is little more than aggressive seasoning, briny capers and a hefty egg yolk but the result is Proustian for those with a reference point. 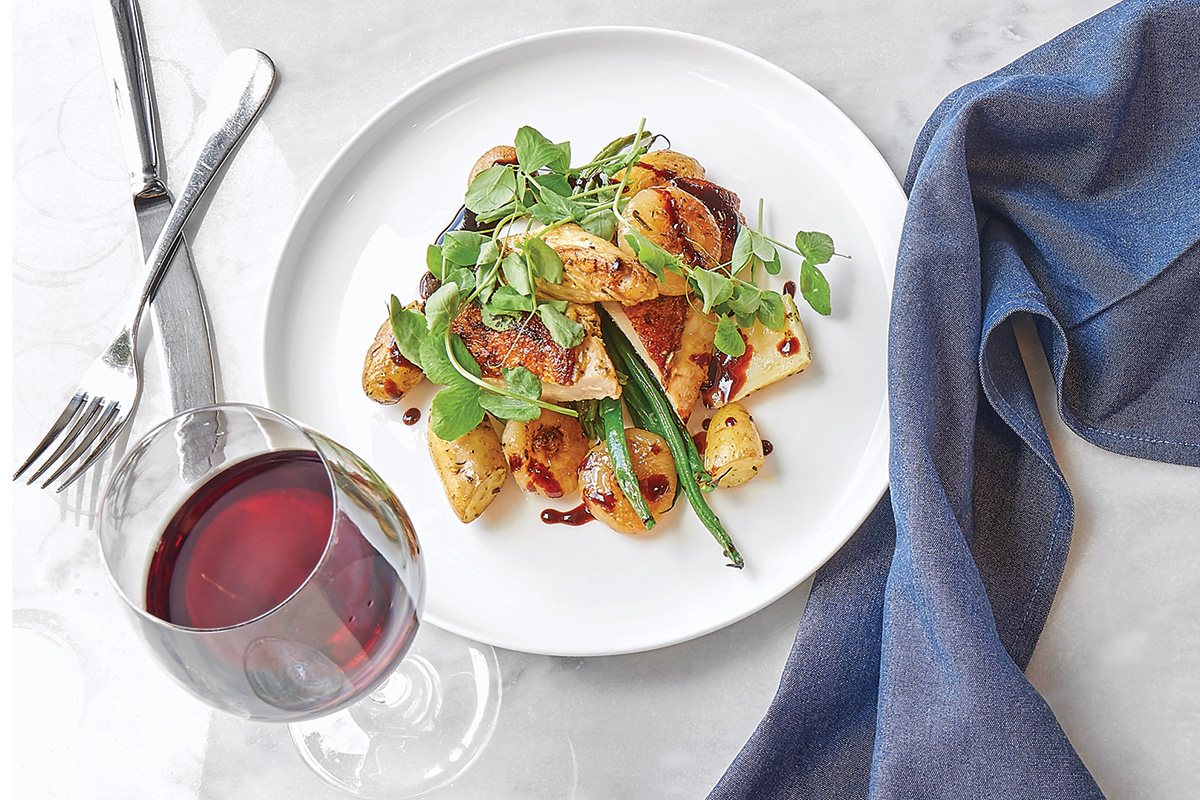 So much of this menu is similarly evocative — country pork pate ($12) with sharp Dijon and cornichons, torched chevre ($12) with pea greens and toast, and onion soup under a dome of Gruyere are all vibrant memories on a Francophile’s palate. Familiarity is held in high esteem at Ellie’s not only on plates and the décor, but in establishing a sense of home in a location that draws a revolving door theater crowd. Pre-show diners are perpetually distracted but the staff knows Providence and a great many of its inhabitants by face, if not by name. “We’ve met before haven’t we?” asks a khaki-clad lawyer to the host. “Of course we have, sweetie,” he replies with sincere affection and a casual embrace. “Welcome back!”

Everything Ellie’s does has the same ease of intimacy though, like any good relationship, there are always surprises in the status quo. Steak frites ($26) is reliably good but it’s the condiments that beguile: truffled ketchup is outdone only by the herbaceous duck gravy that should be served with a straw, Jim Gaffigan-style. Roast chicken ($24) is shockingly tender and voices what every French chef thinks: you’re nothing if you can’t plate a flawless poulet grand-mere. Even a traditional dish, scallops and lentils ($24), is heightened by a sweet tomato jam and a wedge of pristine swordfish ($23) is memorable because of its verdant chive and parsley sauce. 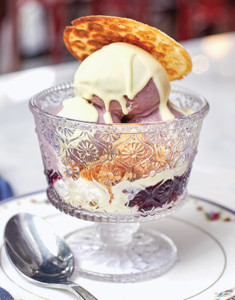 But more than a few people come to Ellie’s just for a cocktail and those are just as Parisienne. Framboise, Campari and jasmine tea regularly find their way into cocktails that drink like a bouquet and linger like a coquette. Liquor aside — and it is so hard to actually put the Bordeaux aside — every vessel is offered with equal precision. Coffee is described with as much care as wine, delivering notes of “milk chocolate and apple,” “blueberry jam and citrus,” or “graham cracker and raisin” for the sensualists in search of caffeine.

And yet all of this is preamble to dessert. In fact, meals at Ellie’s play out like a burlesque show in which every plate is another finger freed from a silk glove until the diner is rewarded with one final, culminating sense of satisfaction. Where others peter out at the last course — a digestive denouement — Ellie’s menu reaches its crescendo. This is where the bakery began and, deservedly, it’s where the adoration remains. White dinner plates give way to keepsake dishes dotted in shabby-chic floral designs, where colors splash like baked rainbows. Candy-hued macarons in seasonal flavors cradle two bites of softened peach, toffee or mocha ice cream. Disks of delicate pate sucree hold everything from cheesecake batter to stewed rhubarb, each incarnation flawless in its presentation. “My favorite is the chocolate cremeux,” says a lanky, model-like server. Yeah, his and everyone else’s. A thick cap of creme Chantilly is barely sweetened — an apropos foil for an aggressive stream of salty butterscotch underneath and a base of thick chocolate pudding ($8). The world owes everything it has to French pastry chefs and Ellie’s pays deference to the masters like a religious devotee. There’s not a bad choice in the bunch as the kitchen can readily do rustic (tart fruit cobblers topped with biscuits), though refined is Ellie’s native tongue when it comes to conveying the glories of sugar.

Passing up a slice of layer cake ($6) may technically be permitted but it’s like giving up the Golden Ticket. Combinations of flavors are unabashedly playful — pistachio and strawberry, earl grey and lemon, coconut, mocha and marzipan — but moderation is, surprisingly, the key component. Buttercream is applied with such restraint that slices disappear stealthily and without a modicum of regret. Even as people start to run desperately toward the PPAC doors, time stands still when communing with a slice of sky-high cake. It’s an exultant rush of childhood joy paired with infinitely more appreciation for the rarity of this kind of moment. It may be easy to love a sweet dessert imbued with nostalgia but the je ne sais quoi of a French bistro is in its ability to shift inspiration to aspiration. We can only hope that our remembrances of things past are as good as Ellie’s makes them out to be. 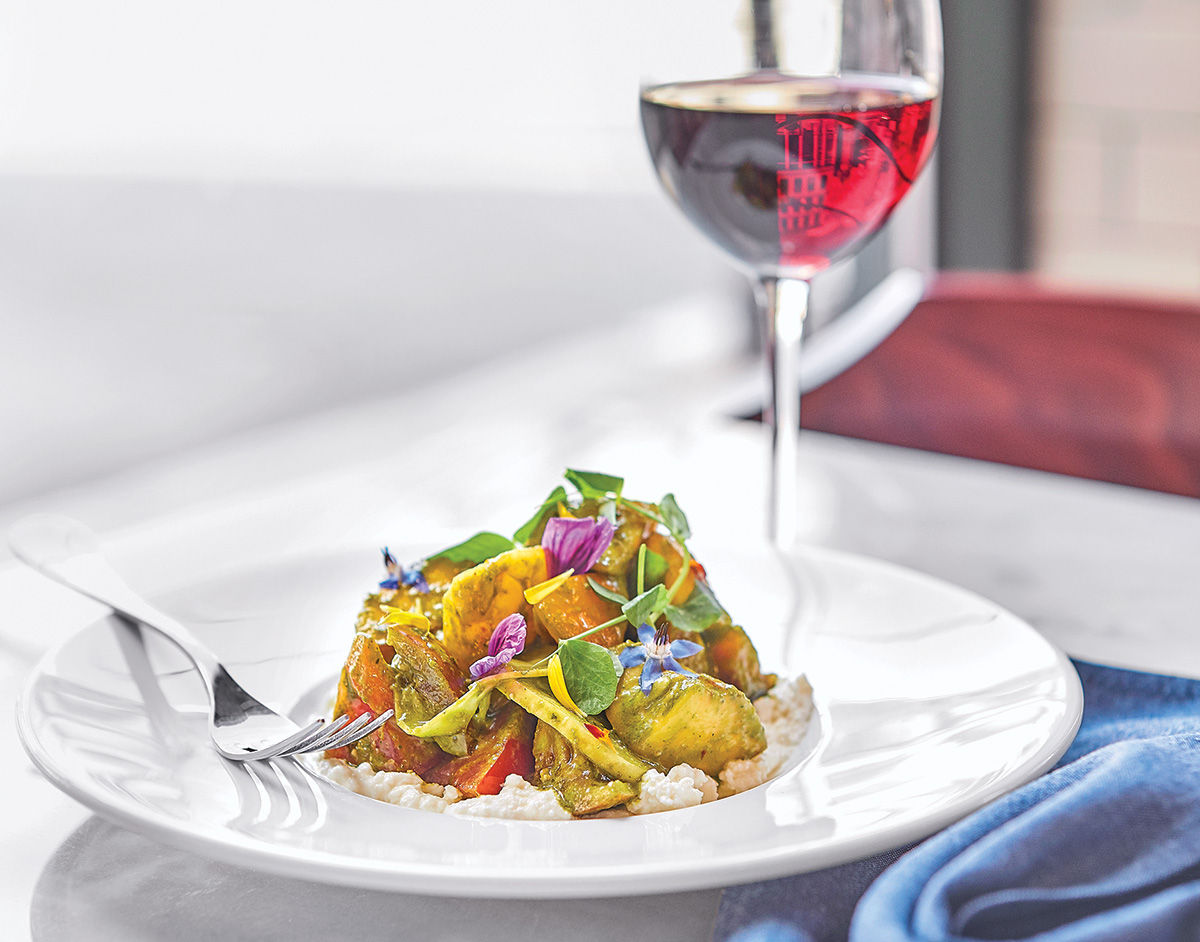