This East Side newcomer is a grown-up version of an Olneyville favorite, and it doesn't disappoint.

People expecting burritos and nachos at Maria Meza’s new restaurant, Dolores, may be in for a shock. The space itself is a hybrid of American and Mexican aesthetics: The blue tiled bar and banquettes bear some resemblance to Persimmon, their Hope Street neighbor, and the Hwang Bishop Kason pendants levitate with modern style. The relatively small space leans toward minimalism, using tequila bottles as the translucent backdrop for a stark, contemporary design. (The storage shelves do for tequila what Commes des Garcon did for white shirts.) But splashes of color punctuate the bare space with Central American flair: Embroidered lamp shades, pillows and the occasional multi-hued print declare the dominant culture. Where El Rancho Grande — Meza’s first Providence restaurant — radiates sunny hues of rustic gold, Dolores is more reserved in deep teal and dark gray. 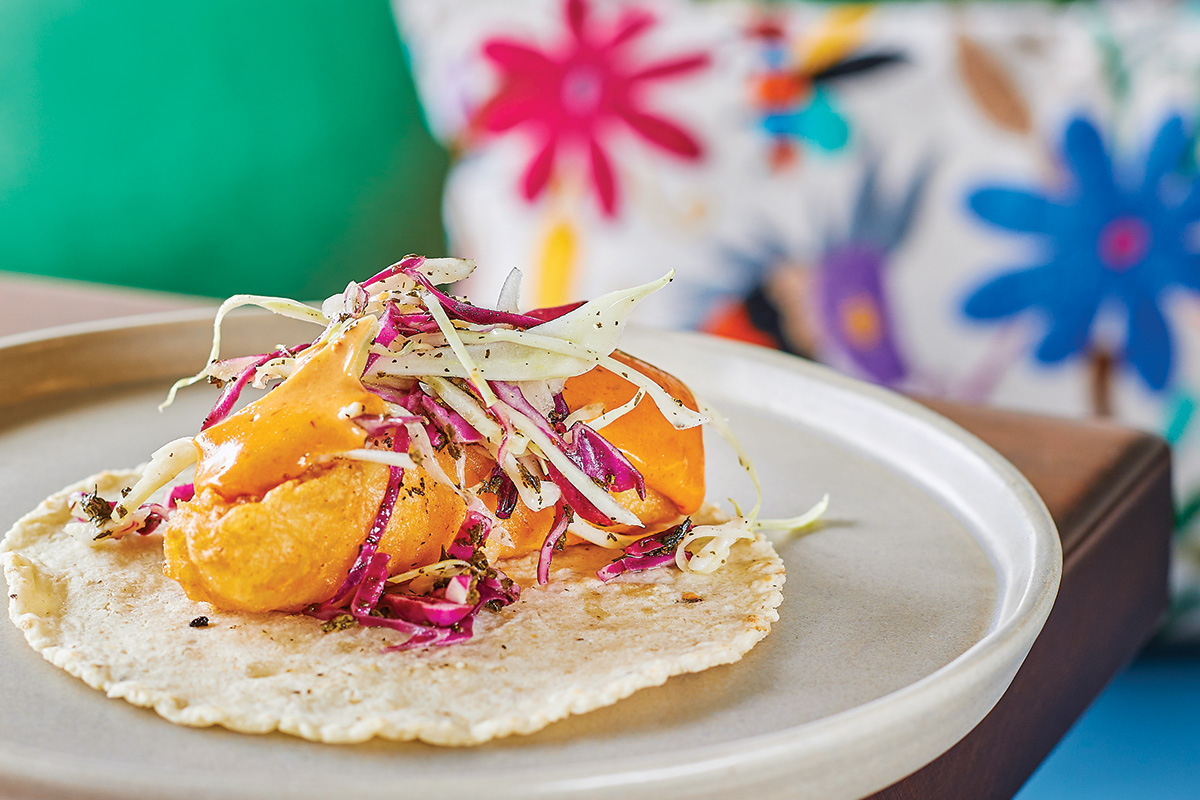 The crowd — which gathers in small groups at the front door — is still trying to marry their expectations to the menu. For those who know and love El Rancho Grande, Dolores feels novel and the menu mature. Gone are the cheese-laden dishes that bridge the gap between Puebla and Providence. This new incarnation is intent on speaking in tongues of intense chili pepper, ground nuts and an amalgam of spices. Mole is the native language, heat is the currency — and if you thought you could find a way to finagle an American meal out of the kitchen, think again.

There are no baskets of tortilla chips; instead a duo of fried, uncut tortillas accompany guacamole or seven small bowls of salsa. “These two are hot,” the server warns a middle-aged man who loudly announces, seven bites later, that four have burned the top layer of his tongue. (The woman sitting next to him rolls her eyes.) For those acclimated to habanero, the joy of sampling lies in the foreground flavors. Raw and cooked tomatillo, chipotle, costeno and arbol chiles all offer nuanced profiles that demand a more tempered approach than wolfing down a full basket of chips. The same can be said for the speed of Dolores, which can be overwhelmed by an eager collection of residents who pile up at the door. “There are only so many tables,” a waitress tells them. 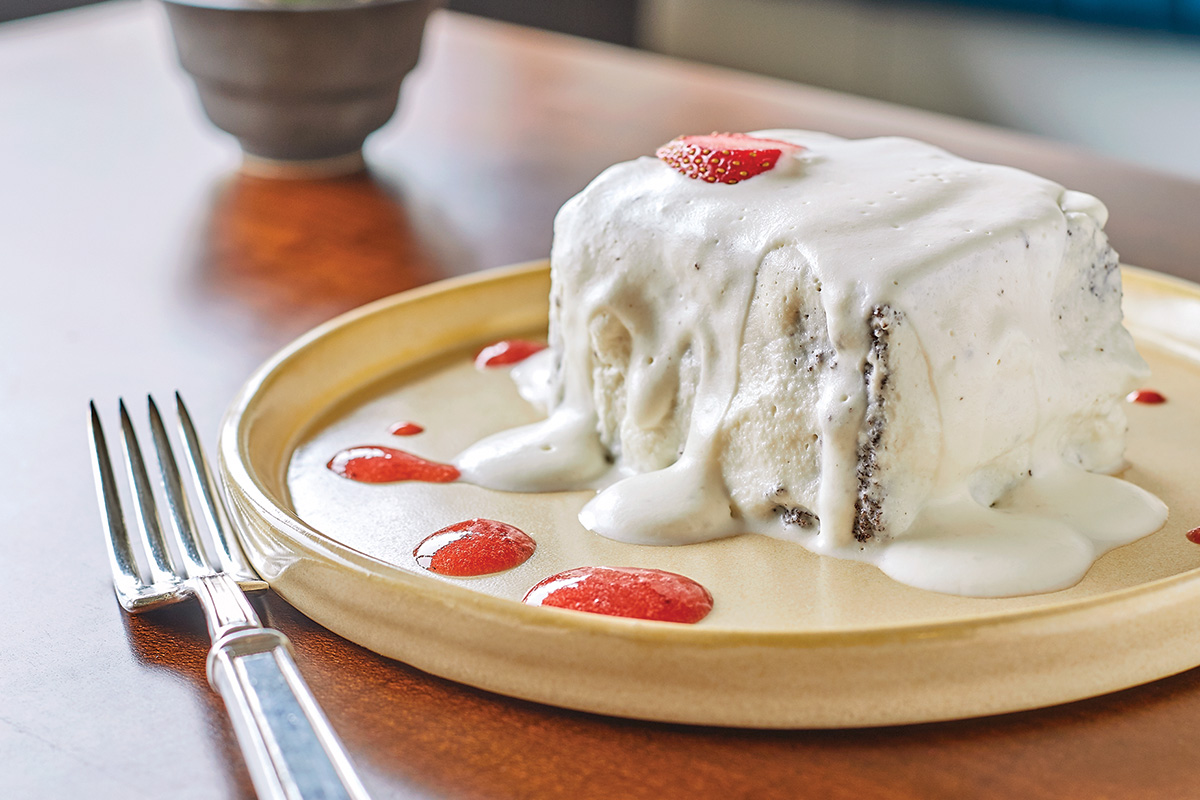 Depending on the day, it can be difficult to figure out whether Meza is cajoling diners into an appreciation of more traditional cuisine or daring them to declare their affinity for more familiar fare. Huaracha de lengua — slow-cooked beef tongue in tomato — might lose favor from the Chipotle crowd but age is usually not the deciding factor. The spitting image of Sam Elliot sitting at one table offers a diminutive tortilla with tongue and beans to a ten-year-old saying, “it’s a beef taco” and the preoccupied child, who eats it in three bites while drawing a picture, simply responds, “Mmm hmmm. Good.” If there’s consternation anywhere, it’s with those who like their lives planned out in advance. With no website and minimal social media, a meal at Dolores always holds some degree of spontaneity.

The restaurant was so long in remodeling — more than a year — that the door opened like Black Friday, dozens of locals restless at the thought of a Hope Street culinary expansion. Like El Rancho Grande, there are plenty of kids packed in here, but the bar plays a much bigger part in this new restaurant. Technically it holds fourteen people but it’s also the space where two dozen aspirational diners gather, warming themselves with mezcal if they can find an open path to the counter. A tequila bottleneck generally forms before 6 p.m. and, on rare occasion, diners may meander up in search of their long-lost El Diablo.

But Dolores doggedly moves at its own speed. The menu is rooted in the complexity of mole preparation — hours to days in advance of serving — but dishes often come out at a languid pace. A plate of earthy mole negro is as uncluttered as the backdrop: a thick smoky pool of chile, nut and fruit sauce with a diminutive portion of protein in the center like modern sculpture. Sauces are very clearly the focus here, from acidic tomatillo jalapeno coated ribs to guajillo-covered shrimp fritters, but it demands an altered approach that requires more contemplation and less frenzied eating. At $22, consideration is also needed to stretch out a meal that might be consumed in six bites. 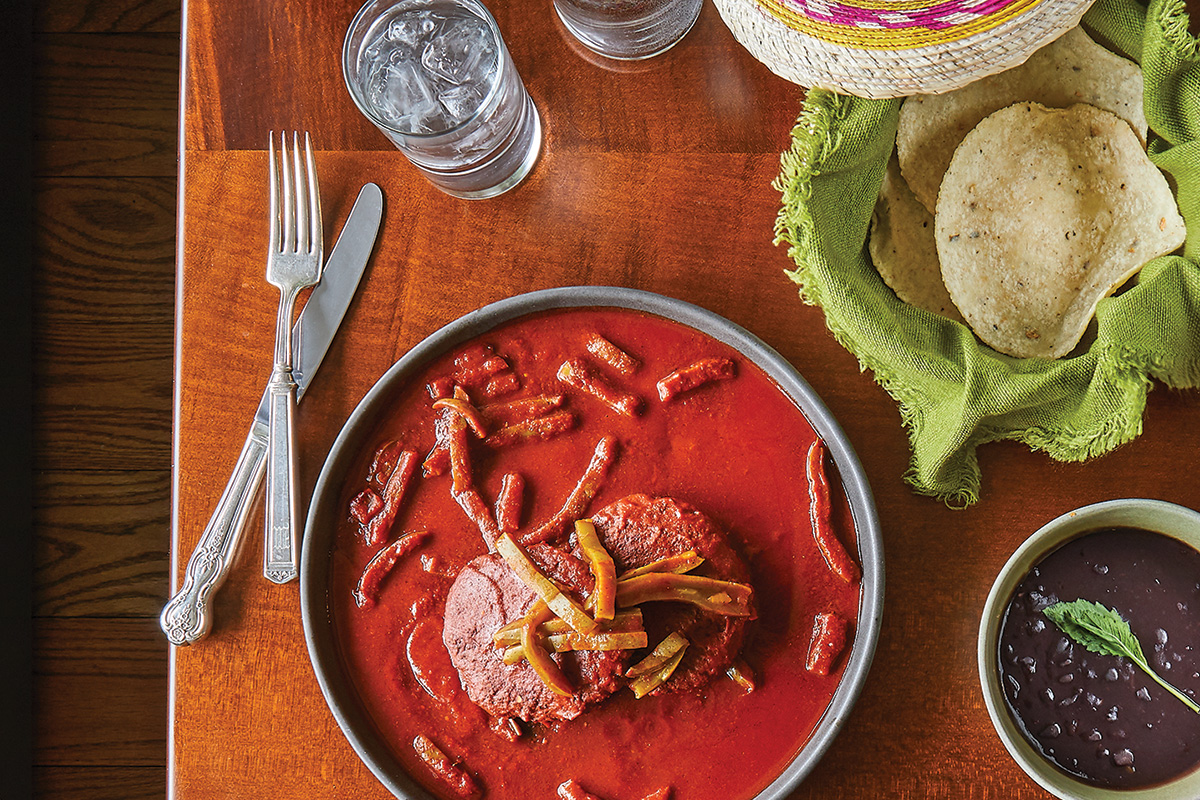 There are cheaper ways to spend a night at Dolores: Palm-sized tacos are enough to keep you and your draft going, even as the crowd grows restless. The happiest parties are generally the largest as they come close to taking over the restaurant, sharing small plates of goat cheese wrapped in tortilla triangles and queso fresco in fried plantain dumplings. With a dozen people, the mild chaos that pervades Dolores starts to feel like home and plates are embraced or passed around with easy enthusiasm. Smaller groups that may need some guidance or explanation will simply need to brush up on their Oaxacan cuisine or take a leap. 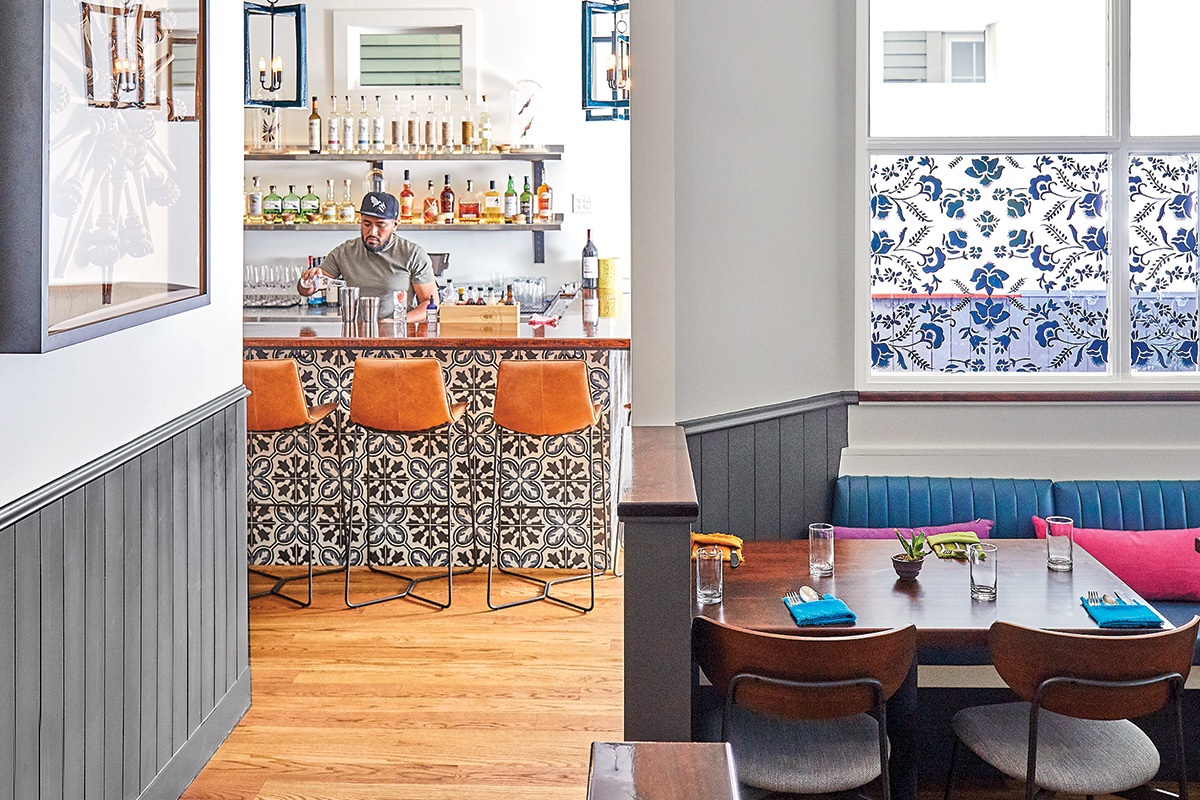 There is a brief resurgence of the Americanized affect when dessert comes into view. A pair of crispy churros sit alongside a mug of melted chocolate and a wedge of chocolate tres leches cake covered in cream basks like a birthday boy on parade. (“I’ll take another,” says one man shoving the last piece in his mouth before another fork could weasel its way in.) But the easy, familiar slice of cake is somewhat anomalous. Everything, including the drinks, are presented in precise, often beautiful form and that’s part of Dolores’s identity. It does seem, however, that those eager to get in the door would be happy with a laid-back approach and a faster turn-around — but sometimes they’re being asked to listen instead of offering to talk.

100 Hope St., Providence, 409-2075.
Open Wed.–Mon. for dinner. Wheelchair accessibility is a challenge; the space is tight and the doorway difficult to navigate. Street parking.
Cuisine The Secret Life of Mole.
Capacity Fifty-four with another fourteen at the bar.
Vibe Modern Mexican: vibrant hues against an earthy backdrop.
Prices $4–$25.
Karen’s picks Aguachile, Adobo de Puerco, any kind of mole.