These are the things Jerry carries.

The kid from the multifamily fire. The parents and three children from Highland Street. Double fatalities. Double electrocutions. That car wreck back in the ’70s. He was only a volunteer then, and the girl was so young.

Jerry Tellier was a fireman. Death was part of the job. He packed other people’s tragedies into small compartments in his mind and tried to forget about them for a while. Some calls were harder to shake; in the spring of 1997, he coded his own stepmother. She didn’t make it. 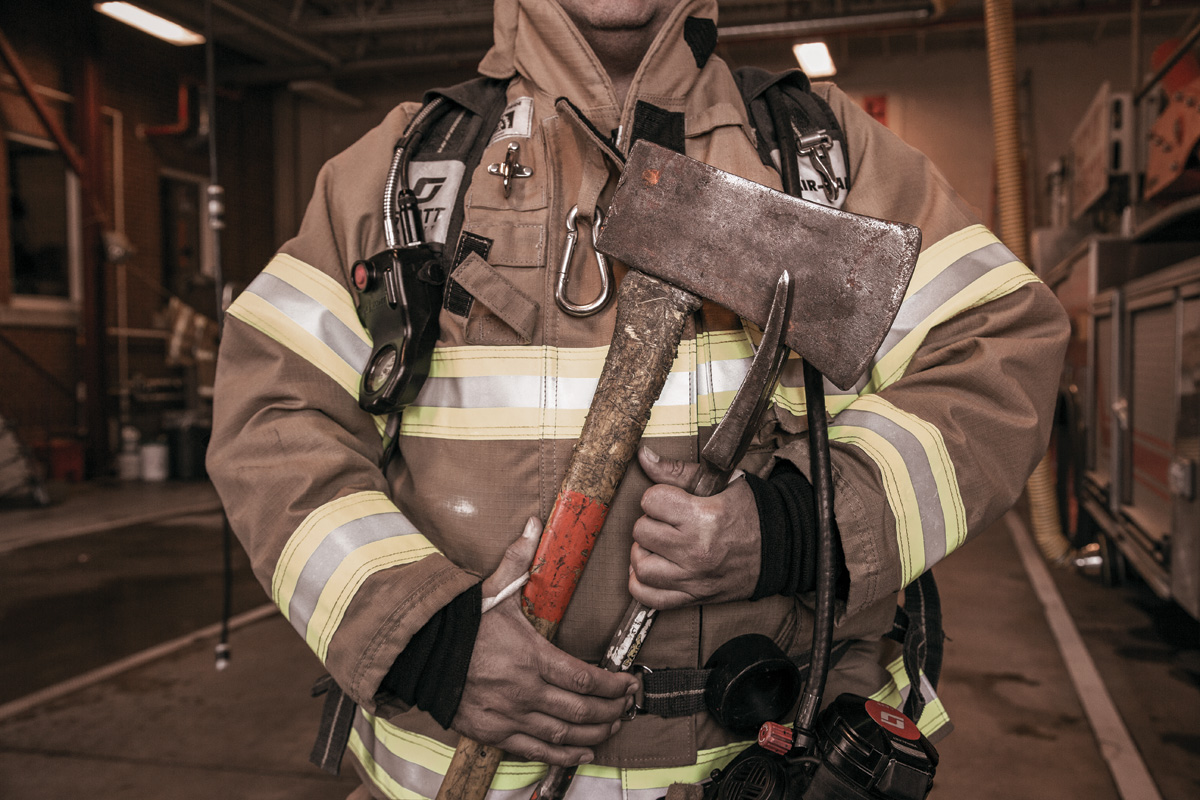 Smells, sounds and visual reminders could bring things out, but he’d shove them in again. He tried to do good by his hometown of West Warwick and he did, by all accounts, though he’d never say so himself. He delivered babies and helped put out big fires and saved lives with remarkable innovation. He was promoted to battalion chief. He was acting chief three times. He saw some things. And then, the night of February 20, 2003, Jerry saw some more.

“Yes, I was there,” he says, his almond-shaped eyes fixed and firm. “No, I don’t want to discuss that particular issue. I had a pretty significant role at the scene. Anyway.”

He tried to compartmentalize that, too. He went to the initial meetings with the state’s Critical Incident Stress Management Team, a nonprofit of clinicians and peers who help first responders unpack tragedies — pediatric deaths, bad accidents, 100 lives stolen in vain and hundreds more irreparably altered — and get one-on-one help if they need it. Jerry didn’t say much.

Things started to build. Things started to deteriorate. He shut down. He wouldn’t talk. The other guys wouldn’t, either. It was an unspoken rule, then and now, in respect of the victims. Someone once told Jerry hashing it out would be like ripping a scab off an old wound, and he agreed.

Jerry’s daughter, Jenna, was home when he got the call that night seventeen years ago. She was nine, and she remembers standing on the ramp to her Poppy and Vovo’s house, the darkness and cold all around her, watching him drive away. The dad she knew left that night and never came back. The man who replaced him dug a hole and crawled in.

He’d go days without eating or talking to anyone. He’d back his car into the driveway in case he needed to bolt. He’d be in bed by 5 o’clock. He stopped caring about a job he loved, and he made it known. He suffered silently, tormented by flashbacks of that night and the ones before it. All of those lives lost. All of those compartments open.

Then, on the fifth anniversary of The Fire, as he called it for so long, when specials blared from the television and he triggered back to the scene and he couldn’t take it any longer, Jerry made a call.

Trauma exposure is an occupational hazard in the fire service, says Dr. Anne Balboni, clinical director of the Rhode Island Critical Incident Stress Management (CISM) Team. A stream of bad calls — or just one bad call, matched with sleep deprivation, avoidance and binge drinking — can wear down a person’s resiliency and lead to anxiety, depression and post-traumatic stress disorder (PTSD). One study, published in 2017, found that up to 22 percent of firefighters have PTSD, more than three times the rate of the general public. (Most firefighters are cross-trained as emergency medical technicians, so EMTs are included in those figures.)

For her part, Balboni thinks the “D” in PTSD should be changed to an “I.”

“Disorder means there’s something wrong with you. This is an injury to the brain. It should be PTSI,” she says. “The volume of the amygdala and hippocampus shrink after constant traumatic exposure, so it’s a grave injury.”

In addition to regular mental health check-ups, Balboni says first responders should know their levels of cortisol, a major stress hormone, as they know their blood pressure, cholesterol and triglyceride levels. But adequate coverage — especially for stress-related illness — is a major barrier to care in the fire service. Some firefighters have eight therapy sessions covered under their town or city insurance plans, while others only get three.

Balboni’s work with first responders, whom she does not charge for counseling, is informed by her career as an EMT in Glocester.

“When I joined the fire department, I instinctively learned, as a woman in the ’70s, that I’d better not say anything bothered me,” she says. While female firefighters are less likely to binge drink, they — and minorities — face occupational discrimination and experience greater rates of social isolation in a field dominated by white men. She soon learned she wasn’t alone; her male peers weren’t talking either.

Balboni, who now travels the country on faculty for the International Critical Incident Stress Foundation, says Rhode Island lags the nation in behavioral health awareness and treatment among firefighters. Services exist and, since 2017, Balboni has led whole-day courses on mental health for every class at the state fire academy in Exeter. Her team also teaches active firefighters how to build resiliency so they can do their jobs and let go of what they’ve seen. Non-pharmacologic interventions, such as yoga, meditation and massage, can help. But persistent stigma, compounded by the size of Rhode Island, holds back many.

Psychological testing is mandatory for new recruits in the fire service; therapy could suggest mental instability. Firefighters may not want to risk their livelihood to get the right treatment for problems, on the job or off.

“It’s one of the reasons why a responder will be reluctant to seek behavioral health counseling,” she says. “They don’t know who will be in that office.” 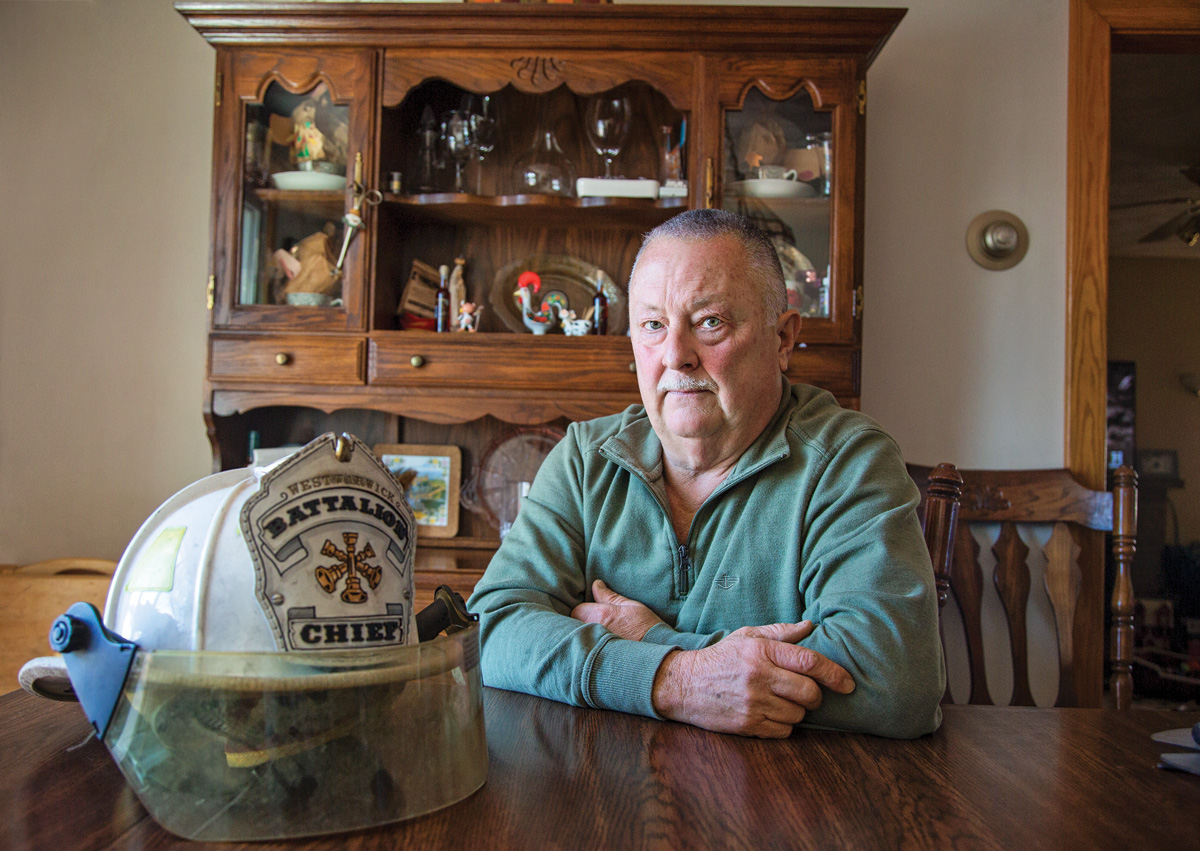