Providence Food Hall Investment Is in the Works

Marsella Development Corporation will redevelop the One Union Station space previously occupied by the Capital Grille and Bar Louie. 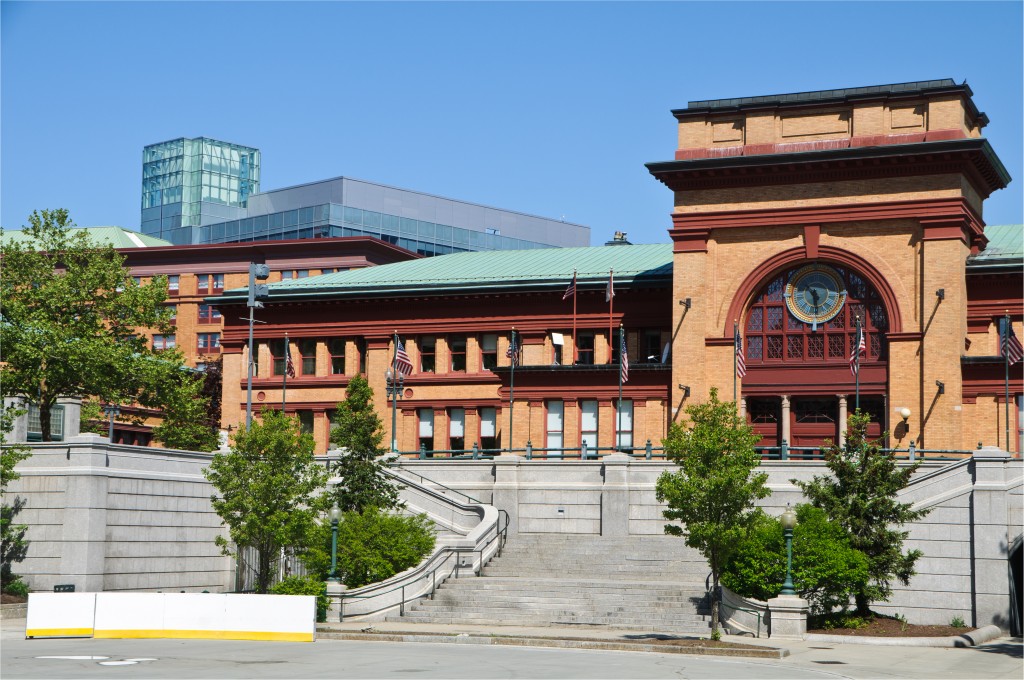 Built in 1898, Union Station in Providence Rhode Island served as a very important stop on the eastern corridor between Boston and Washington D.C. Photo by Getty Images

Two vacant restaurant spaces will be redeveloped into a Providence food hall by summer 2022. The empty dining rooms of the Capital Grille and Bar Louie on the ground level of One Union Station will be renovated by Marsella Development Corporation and turned into a 16,000 square foot food hall. Chris Marsella, president of Marsella Development Corporation, is leading the project, and under a tentative agreement with the Rhode Island Foundation, the Foundation will continue to own and occupy its current two floors of offices at One Union Station.

This is a completely different and unrelated project from the proposed West Park Food Hall Kickstarter project and Eat Drink RI Central Market, which raised more than $400,000 and stalled back in 2019. The Marsella family is investing in the Union Station building, which served as Providence’s train station for most of the 20th century. The Marsella family has been involved with the building for more than thirty years and redeveloped it back in 1987 after a fire. The food hall will connect Waterplace Park, the Riverwalk and Kennedy Plaza, while bolstering Providence’s reputation as a food city by including more than twelve food businesses, restaurant concepts and bars.

“As we emerge from the most challenging of times, we know that people will once again come together, as they always have, around food,” says Marsella in a statement emailed yesterday. “We are building a space that will bring people together, foster talented members of the culinary community and showcase the very best of Rhode Island.”

Under the Marsella family’s tentative agreement agreement with the Rhode Island Foundation, the 49,000-square-foot-building will be divided into two condominium spaces. The ground floor will be sold to Marsella Development Corporation and the upper levels of the building that overlook Kennedy Plaza will remain under the ownership and occupation of the Rhode Island Foundation. The upper level space is leased to the Public’s Radio and Rhode Island Kids Count, and the Foundation will continue to pay property taxes on the space it occupies as it is has since it purchased the building in 1999.

“We’re excited about the Marsella family’s vision for Union Station, and see this as another step in our decades-long commitment to supporting downtown Providence. From grants for street workers in Kennedy Plaza to supporting the redevelopment of Downcity through a partnership with the Providence Revolving Fund, we continue to invest in the capital city,” says Neil D. Steinberg, the Foundation’s president and CEO in a statement.

Over the coming months, Marsella Development plans to listen and learn from the community to make sure Union Station fulfills its needs.

7 Places in Rhode Island to Get Irish Food