The Fox Point pizza spot is working with twelve Rhode Island restaurants who will each cook a special pizza for one night only, with all of the proceeds benefiting Farm Fresh RI. 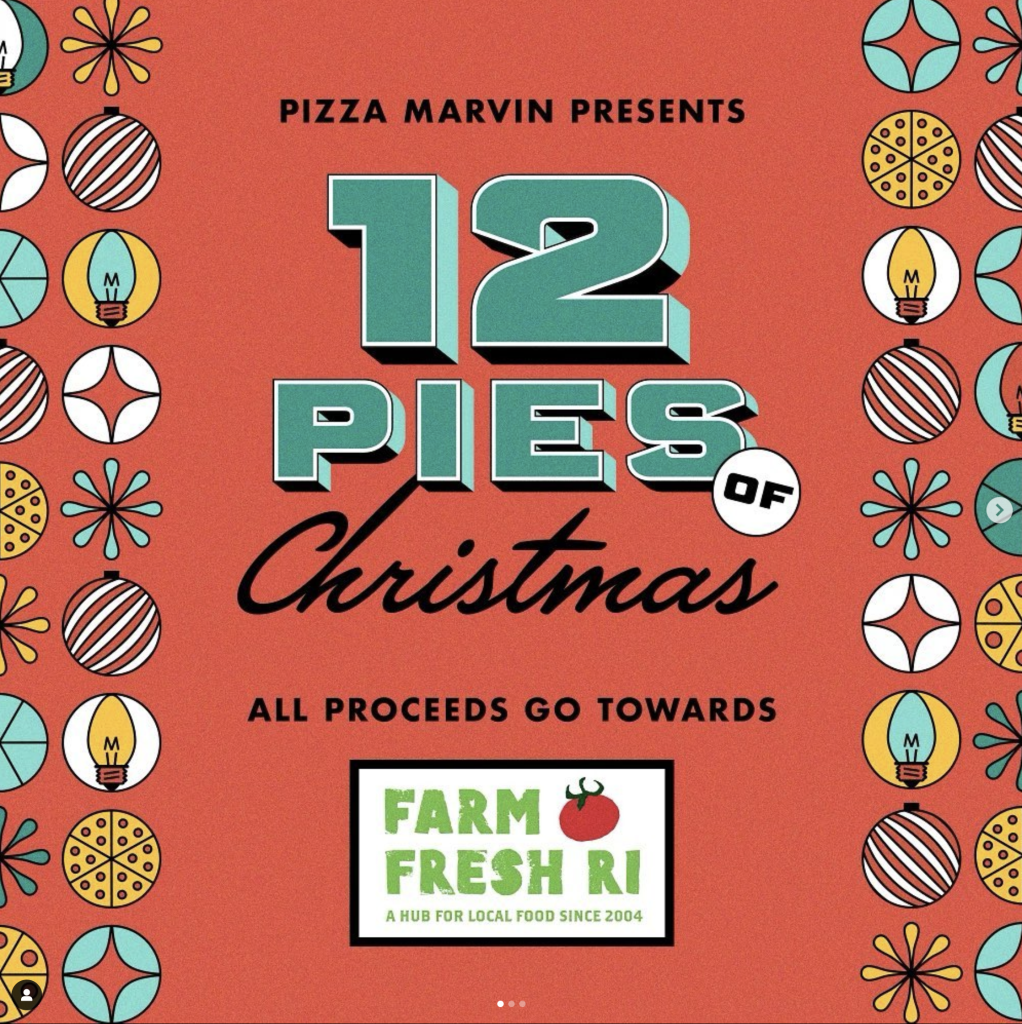 Just when you thought pizza couldn’t get any better, Pizza Marvin is turning it up by teaming up with Rhode Island’s best restaurants for collaboration pies. The two-week long event is called the “Twelve Pies of Christmas,” and the Fox Point pizza spot is working with twelve of the best Rhode Island restaurants who will each cook a special pizza for one night only at Pizza Marvin, with all of the proceeds for each pizza benefiting Farm Fresh Rhode Island.

The pizza place is doing mashups with our favorite Rhode Island restaurants to showcase the vast culinary talent within the state. “The lineup is stellar featuring a bunch of returning chefs from last year as well as a few cool new participants (and there’s ice cream, too!),” says co-owners Robert Andreozzi and Jesse Hedberg in an Instagram post. “All proceeds from these sales will go to @farmfreshri. This is your chance to try your favorite local chef’s food but in pizza form!”

Big Feeling will also take over the soft-serve ice cream machine from Dec. 7-15 to provide some fun flavors to go with the pies. Then Pickerel will serve ice cream from Dec. 18-22. Pre-ordering will be live on Pizza Marvin’s website later this week. Open seven days a week from noon to 10 p.m.

From the Archives: Pizza Marvin Opens with New Haven-Style-Inspired Pies