Owner and chef Michelle Politano offers vegan variations for everyone, from decadent meals to healthier options as well as desserts and drinks. 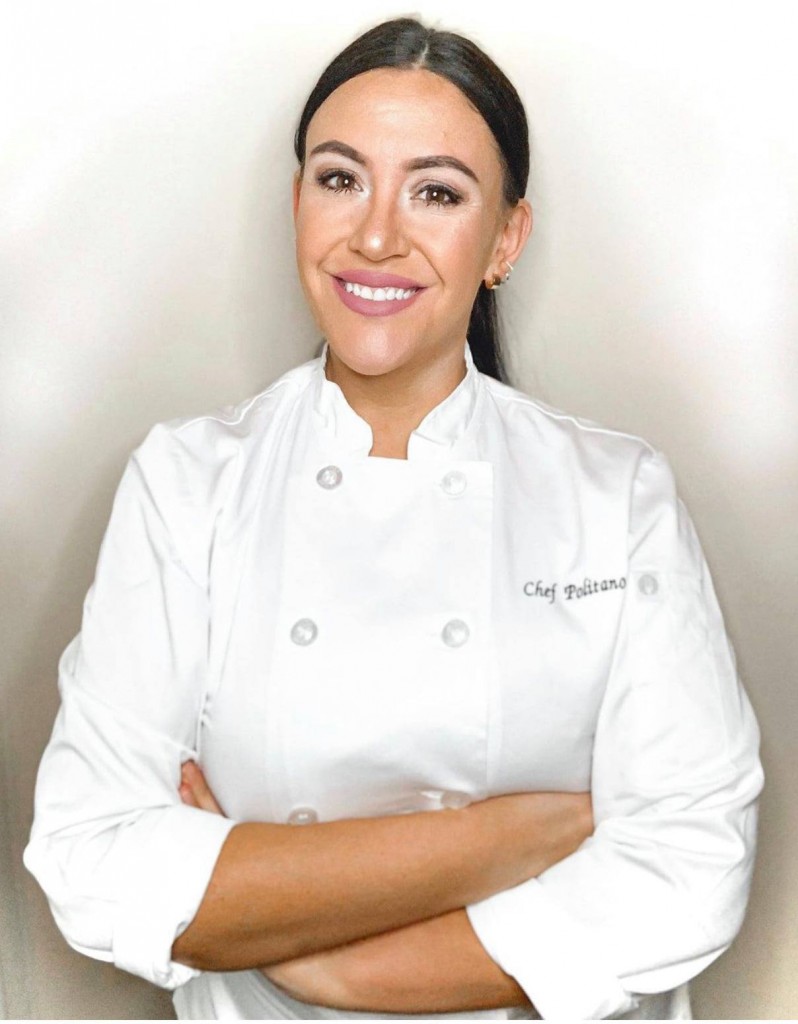 Coming from a big Italian family, Michelle Politano used to feast on meat-and-cheese-loaded dishes at gatherings. But when some family members began to see negative outcomes from eating that type of diet, Politano decided to switch to a plant-based lifestyle. Now she’s feeding those same family members a vegan version of alfredo made with cauliflower, and loaded antipasto and Italian subs made with plant-based pepperoni and salami using two special family recipes passed down for generations.

“The reason I started my plant-based journey is because of my family. We grew up around food but the food we were eating was pretty unhealthy,” Politano says. “I started recreating the foods my family eats and I made them plant-based. That’s how I personally fell in love with this style of cooking and this lifestyle.”

The chef moved to Providence and started PiANTA more than a year ago by launching first as a takeout-only operation inside a food hub kitchen. This week, she’s opening her own independent brick-and-mortar PiANTA restaurant at 408 Atwells Avenue in Providence. Federal Hill’s first vegan restaurant is celebrating its official grand opening on Wed., May 4 through Fri., May 6 from 5-9:30 p.m. Guests can book reservations on the website. It features the same beloved menu items customers know and love from PiANTA, including her smashed potatoes with lemon garlic aioli, crispy Brussels sprouts, buffalo chicken and chicken Caesar wraps and grilled cheese sandwiches, except now in her own space with sit-down dining options. There are also lovely plated desserts like the lemon tartlette with toasted merengue and strawberry puree, Italian panna cotta with grilled stone fruit and Neapolitan ice cream sandwiches. “We have many new menu items now that are fully plated and executed beautifully. Obviously, there’s a huge difference with what we can offer from takeout to dine-in, so there are a lot of improvements with the visual aspects of the food, which is very exciting,” Politano says. 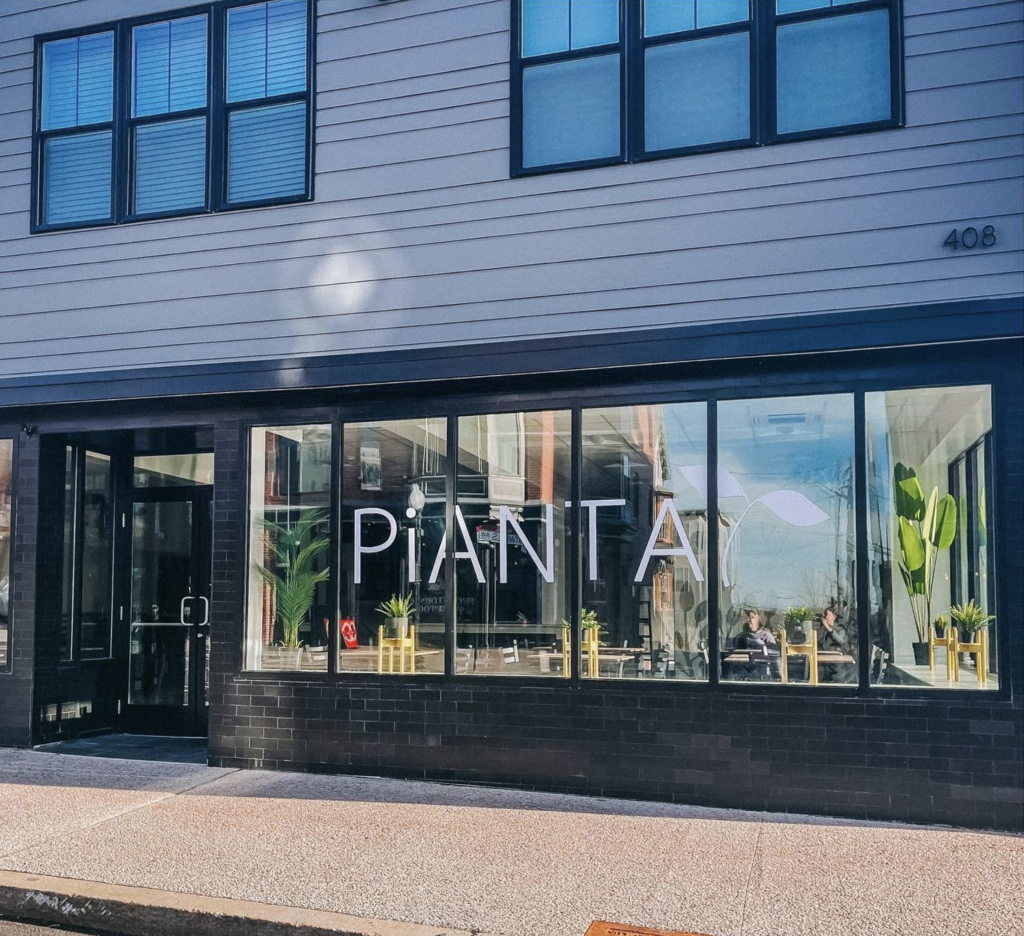 The PiANTA storefront on Federal Hill.

Politano began her cooking career by catering small events and meal-planning for colleagues on the side while having a day job as a regional manager for a travel company. She eventually transitioned to cooking plant-based cuisine. When she was laid off during the pandemic, she decided it was time to pursue her dream of cooking plant-based meals full-time. “I’ve always loved cooking and been obsessed with it, but I became more passionate about it when I started my plant-based journey,” Politano says.

She sold her house in Boston, and then invested the real estate proceeds in what started out as the takeout-only restaurant venture named PiANTA. “I saw a need for more vegan restaurants in Providence. There is such an amazing community and it seemed like a sweet spot that could provide a service in the marketplace,” she says. “I personally wanted to be in Providence for a long time so everything made sense to me and I made the leap.”

This month, Politano is making her dream of owning a restaurant location a reality.

The restaurant is also gluten- and nut free-friendly as cheeses are coconut oil-based, which is rare for vegan restaurants that often rely on nut-based cheeses. “Even our cheese doesn’t have nuts, because we know it’s really challenging for vegans who are allergic to nuts to find places to eat,” Politano says. 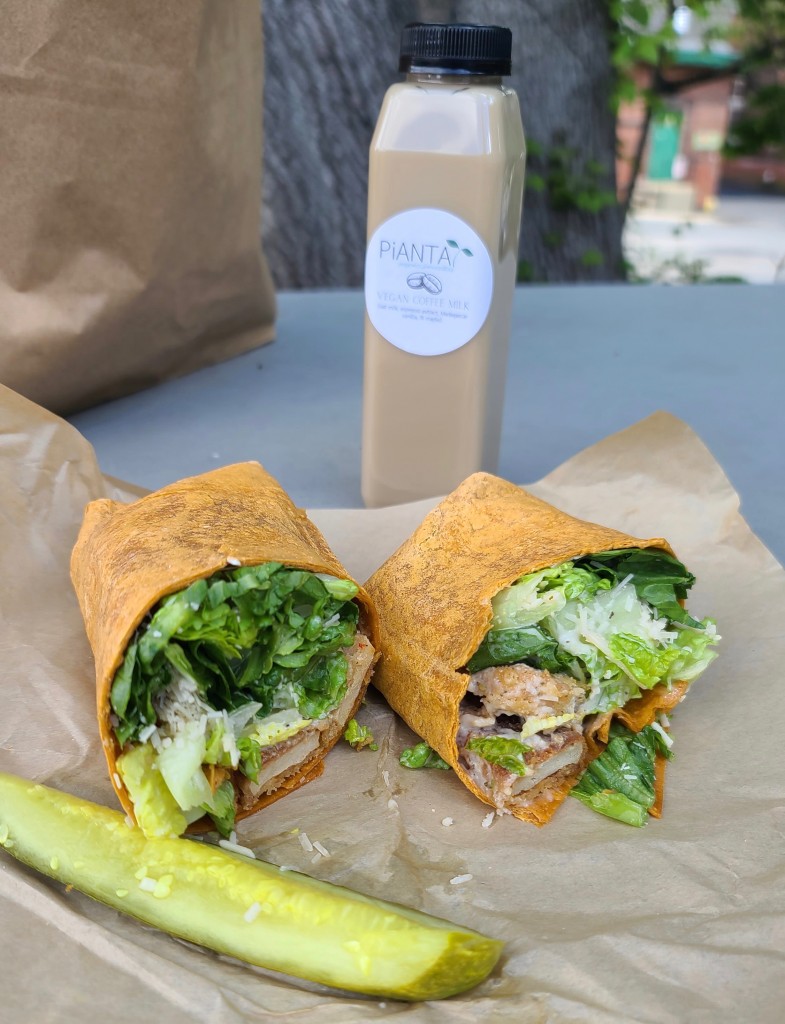 The chicken Caesar wrap and plant-based coffee milk at PiANTA in Providence. Photo by Jamie Coelho.

Politano can fool even the toughest of plant-based-phobic critics, which might include some of her Italian-American aunts and uncles. “It’s so crazy to have my older Italian family members now eat alfredo sauce made out of cauliflower and other family classics. They love it, but they are so skeptical,” she says. “I don’t tell them what’s in it, but I have them take bites and they are usually blown away and have a million questions. They don’t understand how it’s not meat.”