This comfort food favorite has successfully expanded into a second location downtown.

Nicks has always been a hippie in the culinary world: kind-hearted, slightly irreverent and capable of blind-siding people with its casual glamour. Spun out of a simple diner, Derek Wagner’s reputation is built on six degrees of separation from breakfast: cheese omelets eventually morphed into gnudi with pecorino and ricotta, bagels and lox evolved into Point Judith fish-caper salad with herbed aioli on French bread, and toast — well, Wagner has made it clear that toast belongs at every meal. Even after moving up Broadway and across the road, Nicks has a line out the door every weekend morning and a full bar crowd on weeknights. It’s become, over nearly twenty years, the quintessential feel-good place, annually elevating its image just enough to keep up with its stylish comfort food. 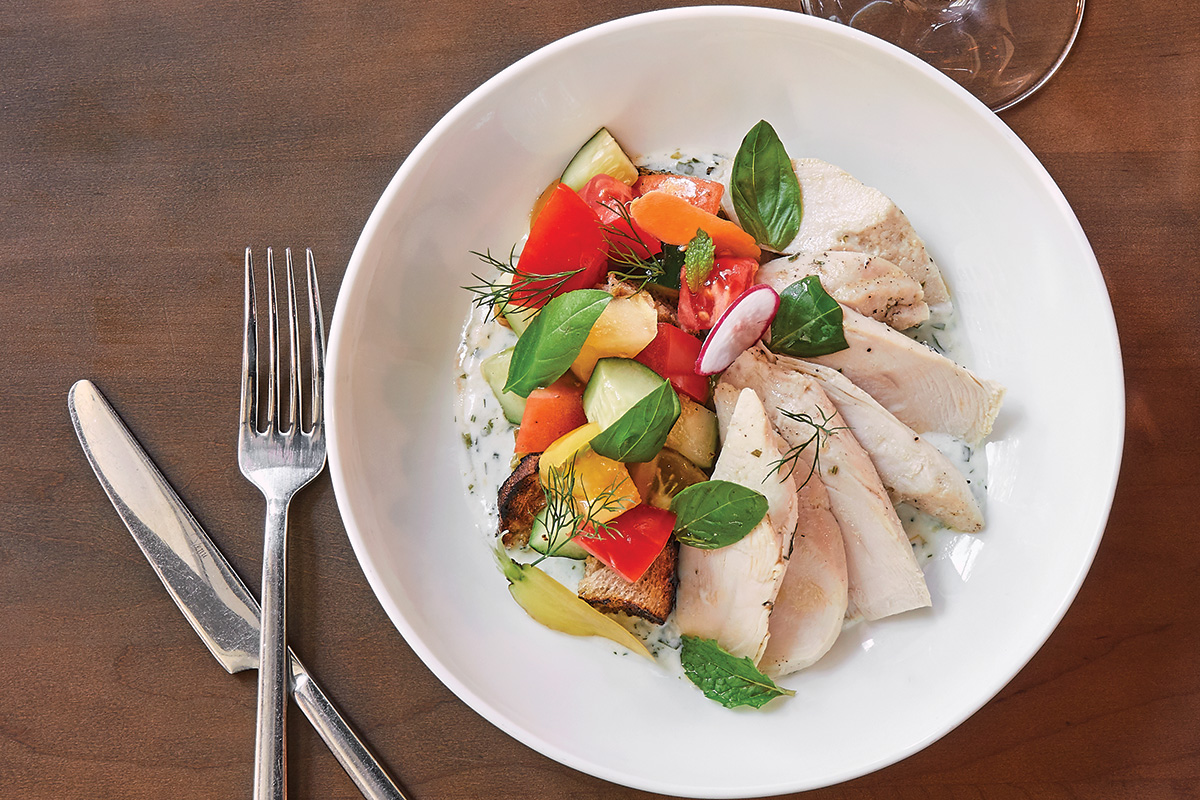 The surprise is that Wagner wasn’t itching to expand. With enough accolades to find a financial partner, he stayed put for far longer than one might expect. And then came Westminster Street. It’s a far cry from the West Side as the quirky, bohemian crowd has been replaced by suited lawyers and older folks who walked down from the East Side. But the space refuses to yield to tedium. It’s a manifestation of mid-century modern, centered around an angular bar with globe chandeliers and the sound of Etta James, Nat King Cole and an orchestra full of horns. The space is so entrenched in the Mad Men era that you’d expect a scorpion bowl to show up just to cement the time travel.

But “modern” is just as much a part of Nicks’ identity, evidenced by the number of dishes that move right from the skillet into the hands of the Grubhub delivery guy in a Red Sox hat popping in several times an hour. And despite the seemingly simple menu, the open kitchen offers ample opportunity to see herbs plated with tweezers and a lot of discussion about the aesthetics of a ten-inch porcelain canvas. Wagner is often traversing the restaurant floor, clad in black and making sure there’s harmony between the suits and the tattooed women with bouffants sitting at the bar. Some are drinking delicate cocktails draped with grapefruit skin while others are taking a more aggressive stance. (“This mezcal swizzle tastes like Coastal Medical,” says a young drinker. “That’s the best kind of vaccine.”) 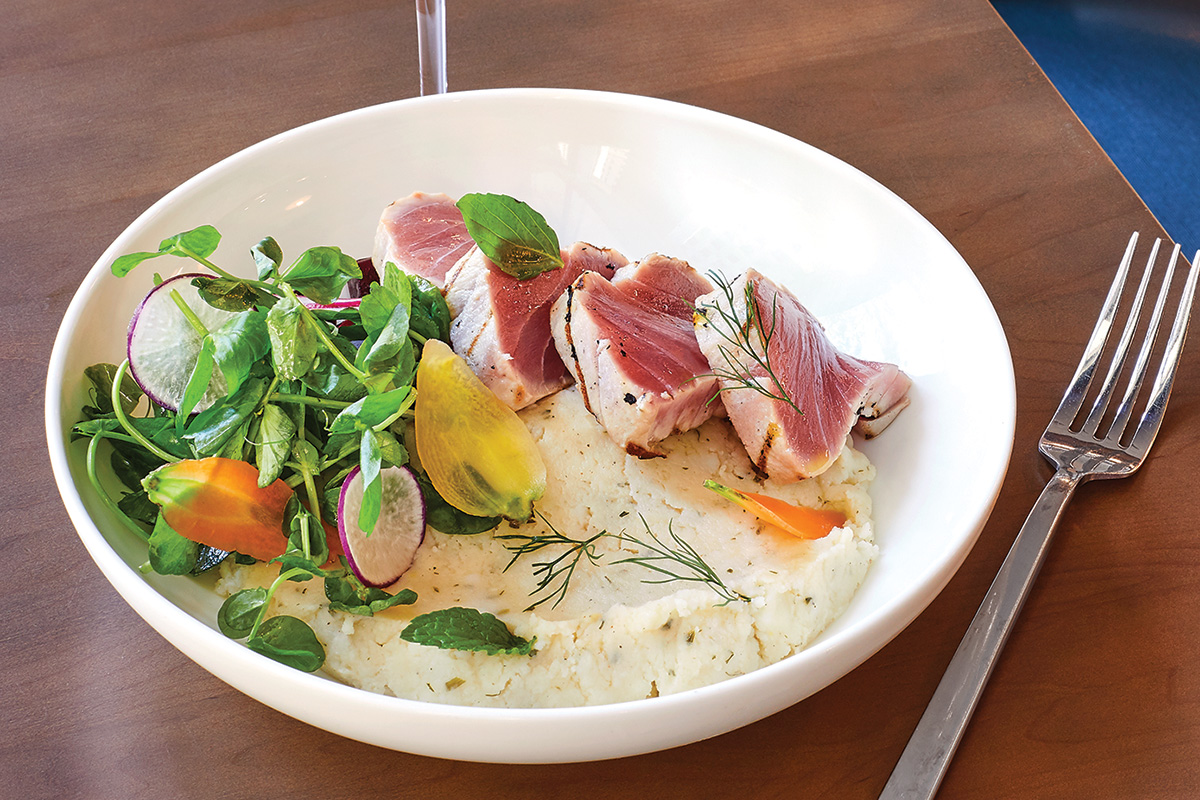 Maybe the reason Wagner waited so long to expand his empire is that Nicks has always fully owned its own persona — a daunting task for a new restaurant in a district that is more commercial than residential. But Nicks on Westminster feels oddly established, in no small part because of its very young and very amiable staff. In the hinge hours between lunch and dinner, servers collect at the kitchen where proven and prospective plans play out, staff looking eagerly at what next plate may emerge.

The mainstay at Nicks is that every dish, from breakfast to dinner, has a reference point that it acknowledges, embraces and then quickly leaves. Wedges of grilled corn are a homage to Mexican street food but, lounging in sharp herbed feta, they become a celebration of local cuisine. Garlic green beans with brown butter crumbs ($8) are two parts Asian staple, one part Thanksgiving casserole — and are responsible for the thick irresistible garlic scent that hovers overhead. Wagner has made it his business to identify the foods that Americans love the most and reinterpret them until they bear only a vague resemblance to themselves without losing their ability to reassure. And the one ingredient that remains essential and unchanged at Nicks — that defines the restaurant entirely — is toast. Sounds silly, perhaps, but be honest: Is there a more satisfying bite of food than toasted, buttered homemade bread? Rhetorical, of course, because there isn’t. Nicks serves small triangles of seedy wheat bread and sourdough, a vestige of breakfast’s perfect bite. But it shows up as a sidekick in several other plates, carrying prosciutto-thin country ham — “smoked in a barn,” says an approving server — and sliced peaches ($12) and, even more stealth-like, with sumac roasted chicken ($20). Wagner has a way of underselling every dish that comes out of the kitchen and this plate is a perfect example. It’s listed as “Baffoni Farm chicken” with “tomatoes, cucumber, sumac, herb yogurt, bread.” This description may sound oddly discordant but only until it lands in your mouth. The panzanella salad and tangy yogurt sauce is sublimely seasoned, a critical strength of this kitchen that makes clear just how often other restaurants get it wrong. 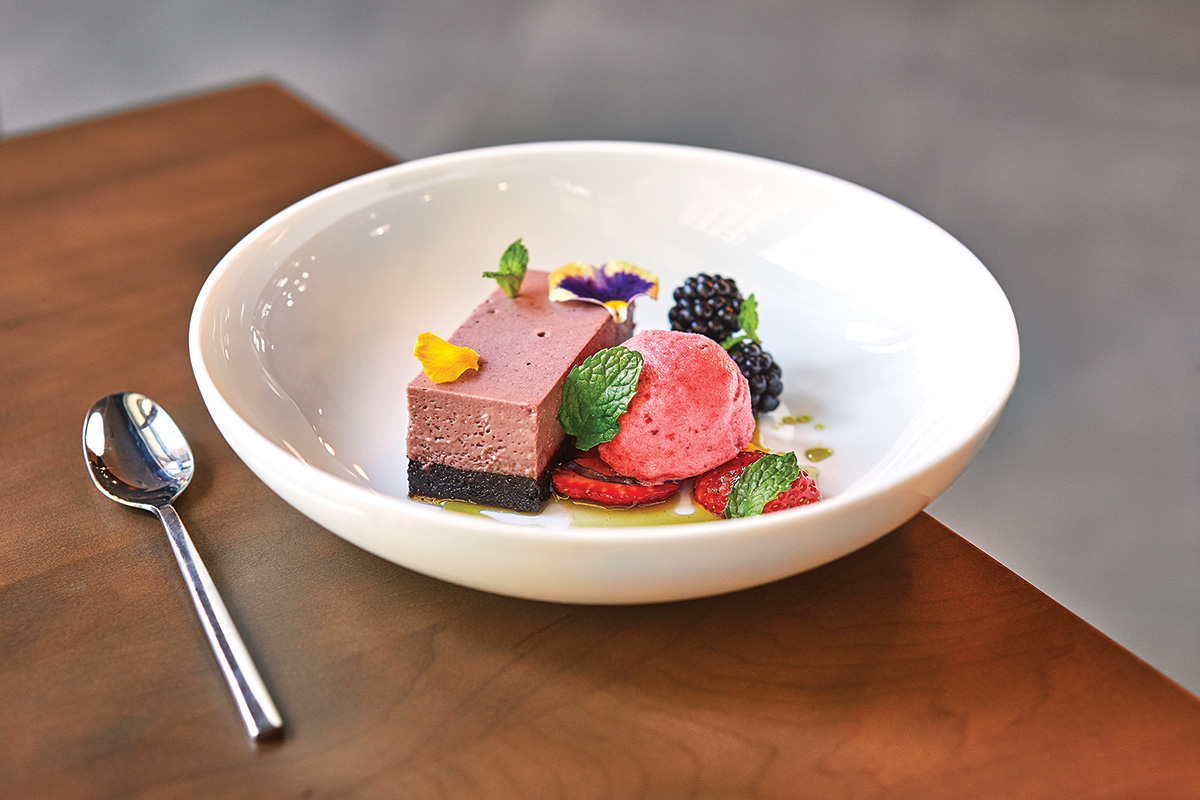 Several other dishes, some seasonal, sound equally odd on the page, including tuna with warm potato-herb skordalia and beets ($24) or risotto with mushrooms and kale (vegetables that some people might consider underwhelming for a main course). But the less interesting they sound on paper, the bigger the surprise when they arrive. The skordalia, similar to mashed potatoes, is sharp with white vinegar and, paired with sweet beets, they bring out every admirable subtlety of rare tuna. Even the risotto (which stirred absolutely nothing in me as I considered it) is flawless in its execution and an absolute spectacle of meaty and tangled texture.

Wagner even gets a burger ($16) — so aggressively seasoned that it puts other meat to shame — to surprise new age diners into embracing red meat again. Tiny little details (a charred brioche bun, chipotle sauce and a bright French salad of mixed greens) are what continue to make Nicks one of the best and most reliable places to get a meal. It looks so simple and yet every bite tastes like the archetype of that’s exactly what I wanted.

Even desserts show the pathway from classic (a cheesecake!) that turns cutting-edge (infused with blackberries, presented with edible flowers), as well as plum sorbet drizzled with herbaceous hyssop syrup. For those who have long considered Nicks their go-to hideaway for breakfast or dinner, it can be hard to recognize just how good Wagner’s food has become. It’s like staring in adoration at your child who grew into adulthood without you even realizing it. But like the jazz serenading Nicks on Westminster, the kitchen proves that a riff on the familiar is often more rewarding than reinventing the wheel. As Thurston Harris breaks into “Little Bitty Pretty One” and a host begins to swing-dance a server across the floor, it’s hard to overlook just how integral Nicks has become to Providence and in establishing this city as a culinary player for the ages.