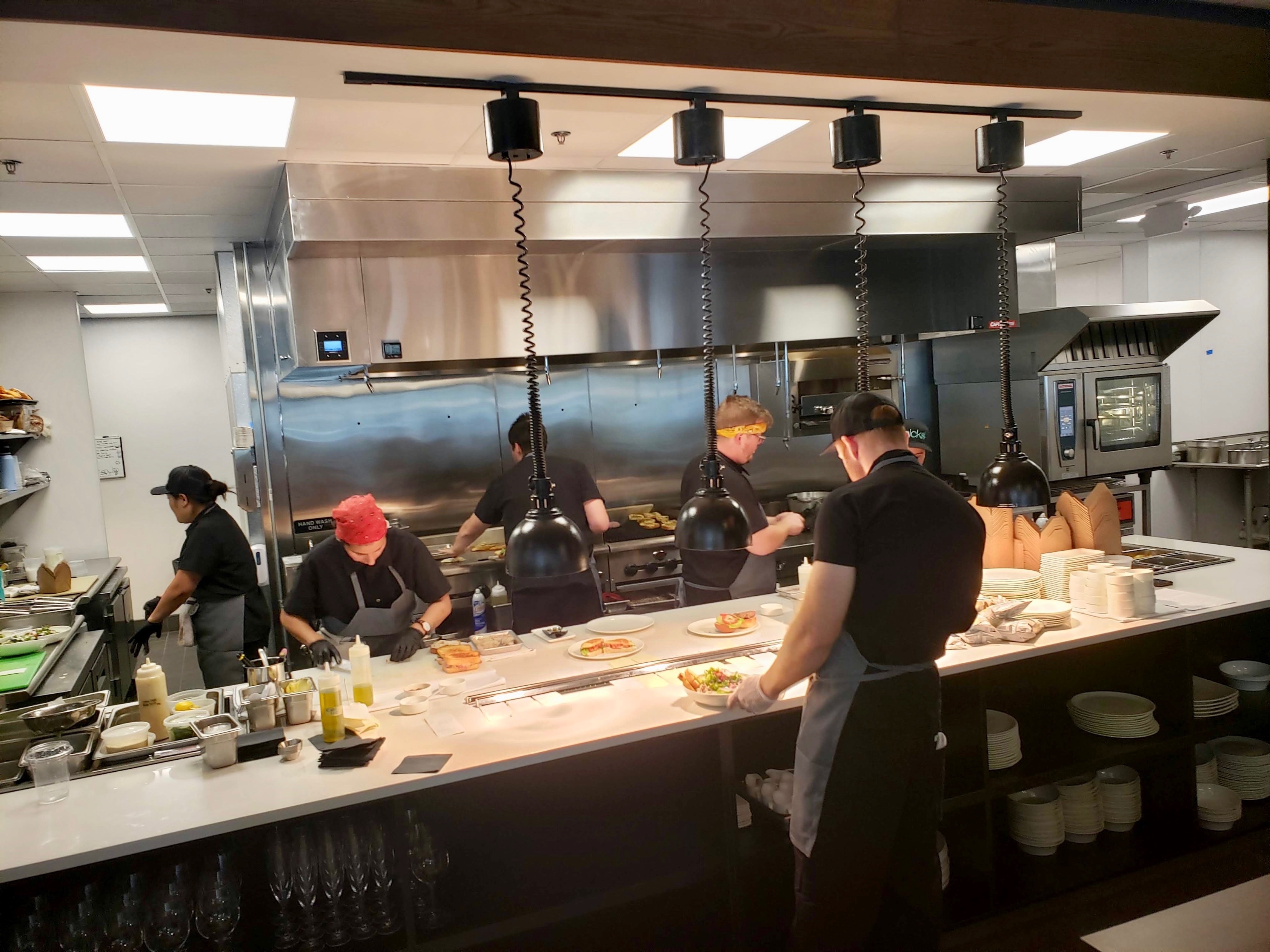 The kitchen at Nicks on Westminster.

The second location from Nicks on Broadway‘s chef Derek Wagner is now open. Nicks on Westminster opened on Monday with an all-day menu including breakfast (starting at 7:30 a.m.), lunch and dinner options. The 4,500-square-foot space will offer some quick service options for guests on the go, as well as a dining room, a café and bar for patrons to sip cocktails. The restaurant brings new flavor to Providence’s Financial District with grab-and-go pastries and coffee, takeout salads, sandwiches and more, plus elegant sit-down service. It’s a slightly more casual and spacious experience than the original, but with the same locally sourced menu and thoughtful ingredients that we know and love. 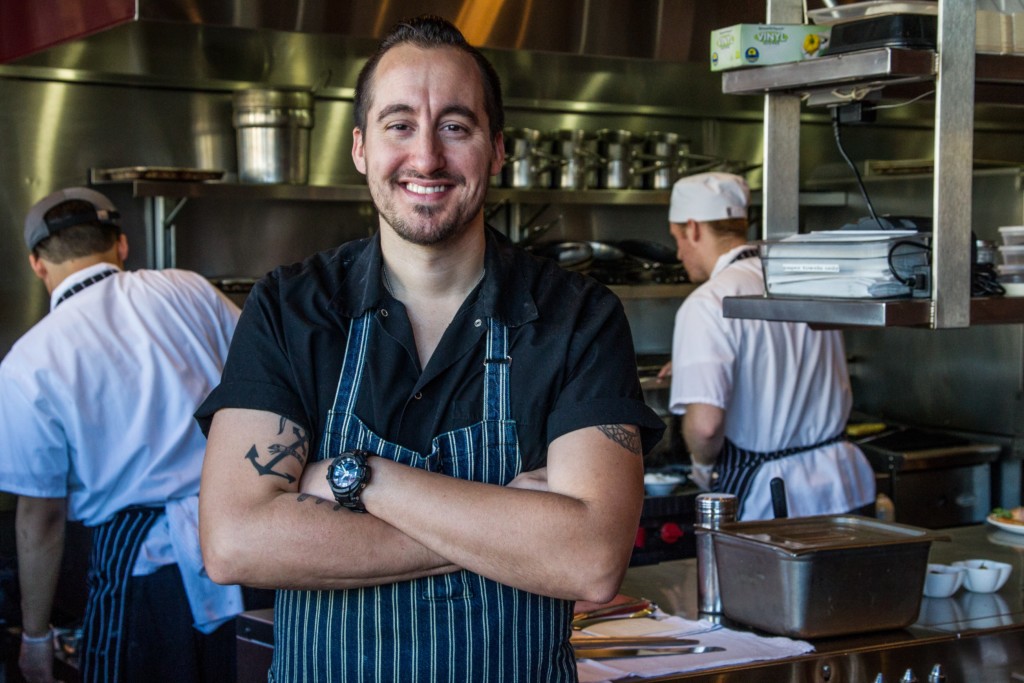 Derek Wagner, owner and executive chef of Nicks on Broadway.

I tried it for lunch and settled into a walk-in seat at the bar, because most of the tables had already been reserved for lunch. So that means Nicks on Westminster takes reservations, unlike the Broadway version. The menu includes an introduction that says: “We are proud to support our local community, local farmers, fishermen, producers and artisans…Everything we prepare for you is made with care, attention and love.” I had a wonderful tomato soup made with seasonal tomatoes from Wishingstone Farm with a dollop of creme fraiche and char-grilled bread spread with pesto. I also had a greens salad with sliced strawberries, blueberries, radishes and goat cheese, topped with a farm egg. My friend had a Blackbird Farm burger, served with potato chips. The lunch menu also included chicken tartine, which is an open-faced chicken sandwich, a fish salad sandwich and other variations on soups, salads and sandwiches. 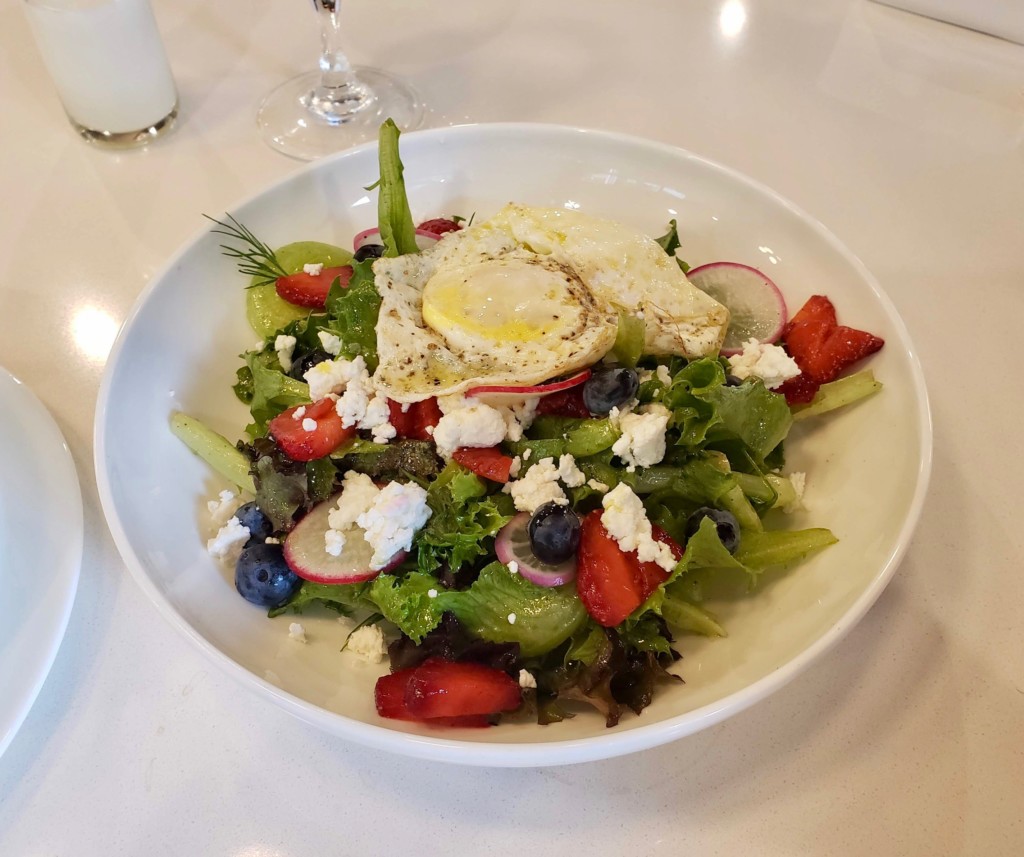 A summer salad topped with an egg at Nicks on Westminster.

The 4,500-square-foot space is the former Au Bon Pain at Paolino Properties’ 100 Westminster Street, which will complement the Beatrice, a new boutique hotel coming to 30 Kennedy Plaza. It’s a high-traffic area on perhaps one of Providence’s most diverse streets for good eats. The Nicks on Broadway development comes as part of Paolino Properties $75 million investment in the downtown since 2016, according to a press release.

Wagner is excited to offer his cuisine in a new environment, while celebrating his Broadway location’s seventeen-year anniversary. “I have so much pride in Providence and I knew that when the time came to open a second location, it would be right here,” he says. “This is the community that I love and that has supported me, and I am excited to capture the energy of Nicks on Broadway and bring it to a new audience.” 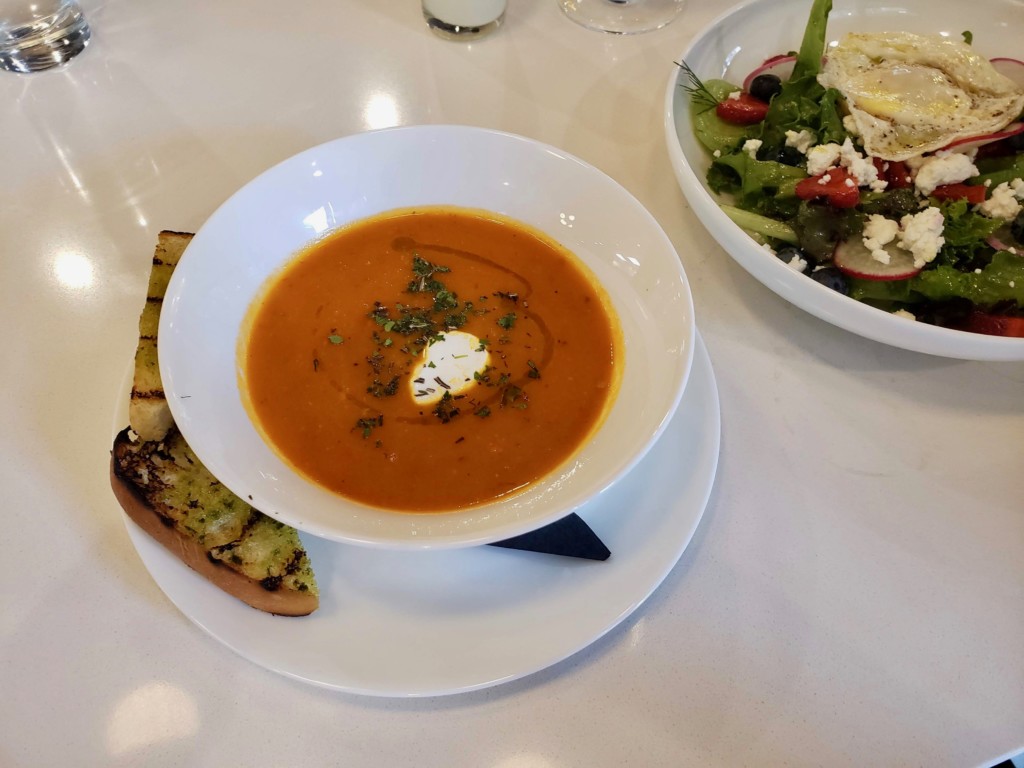 Tomato soup with creme fraiche at Nicks on Westminster.

Joseph R. Paolino, Jr., managing partner of Paolino Properties, is thrilled that Wagner chose the office building as his next destination, which will help continue the revitalization of the downtown restaurant scene.

“Nicks on Broadway is not just a local dining destination but was a pioneer of the up-and-coming restaurant culture that Providence is known for today,” says Paolino in a release. “I have been frequenting nicks since I lived next door to its original location at 259 Broadway. To have Derek bring the atmosphere and high-quality menu that nicks is known for to the downtown will bring new excitement to the restaurant scene… I want downtown to be an area where people want to live, work and dine, and this is another great step in that direction.”

The Best Seafood in Rhode Island