Matilda Will Soon Serve Pastelitos at a Storefront

Come October, the business will be operating out of its very own brick and mortar location on Greenville Avenue in Johnston. 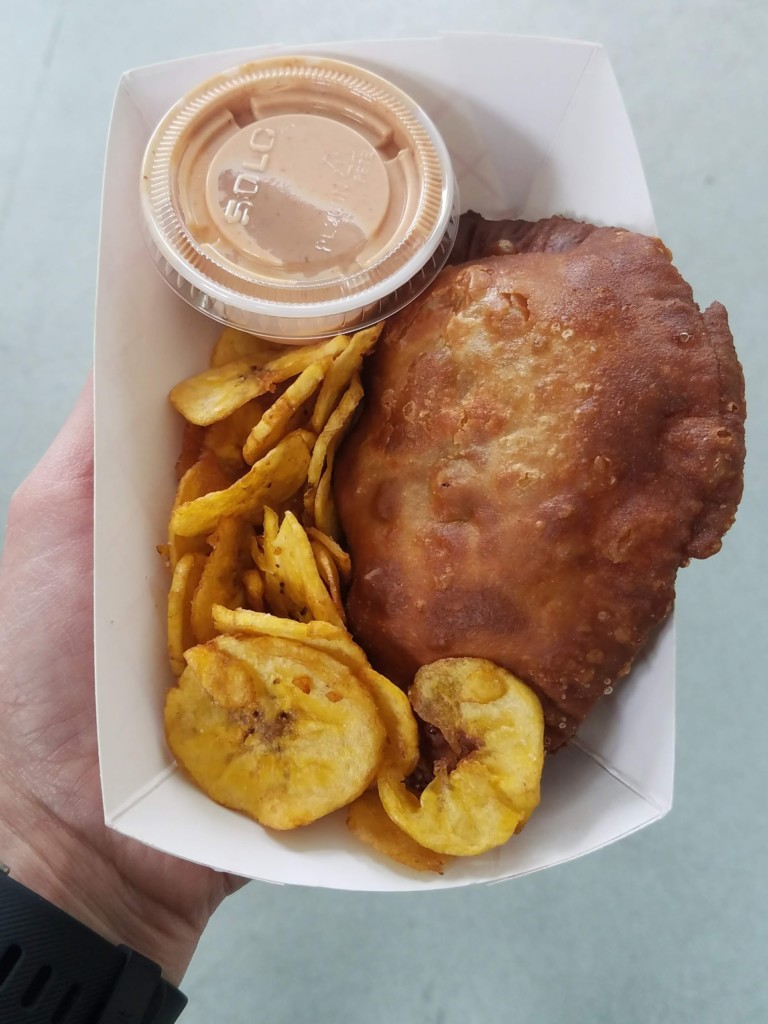 An empanada/pastelito by Matilda. Photo by Jamie Coelho.

The first dish Tony Lugo learned to make was rice. It’s a versatile food, easy to flavor and substantial enough to serve as a meal or as a simple side dish. It’s not unlike the pastelitos, or empanadas, made by Lugo, owner of the Dominican-style pastelito/empanada business, Matilda. Since his rice days, Lugo graduated from his home kitchen, earned an associate’s degree from Johnson and Wales University and dove right into the pastelito business with his sister, Claudia Espaillat. The pair recently won a 2019 Best of Rhode Island Editor’s Pick Award for their empanadas.

Matilda is inspired by Lugo and Espaillat’s abuelita, or grandmother, whose middle name serves as the business name. The pastelitos were always enjoyed by their family during the holidays, and served as the highlight of every meal. The seasoning Lugo uses in his pastelitos is made from his grandmother’s recipe.

“I would get nostalgic for her pastelitos. They always had great memories attached,” says Lugo.

“Her legacy lives on in our business through the food we make and the seasonings embedded in the empanadas,” Espaillat says. “People are able to have our food and taste our grandma’s cooking which was one of her pride and joys,”

Lugo and Espaillat say that Dominican food is savory with a touch of sweetness, and Matilda’s pastelitos are no different. They bring distinct sensations to the palate depending on the various fillings, sometimes with a kick of heat from the sofrito, or seasoning, which, of course, is made from their abuelita’s recipe. Matilda’s pastelitos are filled with lots of veggies, meats, herbs and spices and come in various flavors like “Beefy Mac” with roasted red peppers, Angus beef and mac and cheese with house made cheese or “Slow Roasta” with a touch of dark chocolate for added sweetness. Vegan options are available and the pair hopes to offer gluten free flavors soon.

“There’s so much care put into every ingredient. We even shred the cheese. Everything’s from scratch,” Lugo says.

Currently, Matilda operates out of a commissary kitchen and serves up creations at farmers markets and pop-up events, but come the beginning of October, the business will be operating out of its very own brick and mortar location on Greenville Avenue in Johnston. Here, the brother and sister duo will be able to offer same-day catering, delivery services and pickup. With the new location will also come an expanded menu including rice and beans with fried sweet plantains to accompany the pastelitos and a dessert menu featuring flan and carrot cake made according to Lugo’s and Espaillat’s mother’s recipe.

“Having the space will be great. People craving empanadas can have them any time,” says Espaillat.

Business is sure to be excellent for Matilda, as they already have a loyal following that’s growing with each event they attend.

“It’s the best when people come back to tell us how delicious they are and follow us to the next place. We want people to eat something delicious and unique, be really satisfied and leave saying, ‘I want another one,’” says Espaillat.

“We’ve had people say they’ve dreamed about our empanadas,” Lugo says with a smile.