Anna Levine of Portsmouth will take on the role of a reindeer in the iconic parade and will be treated to the trip of a lifetime. 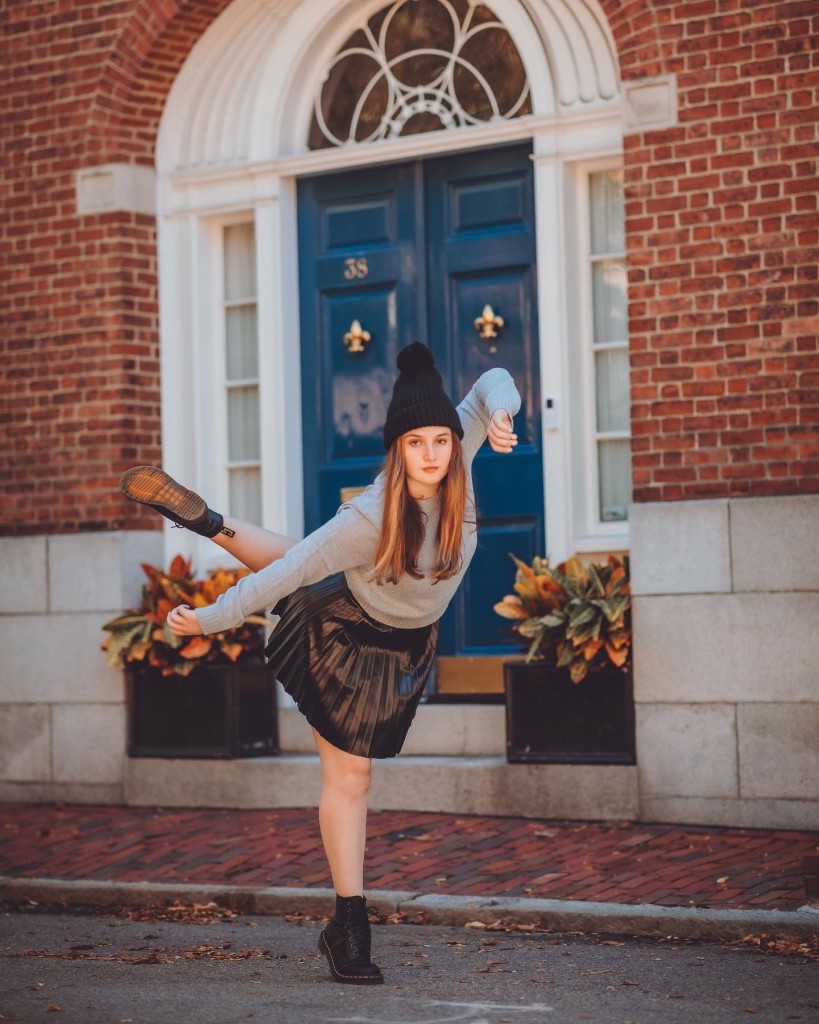 Millions of households across the United States tune into the Macy’s Thanksgiving Day Parade every year, and, usually, Portsmouth residents Anna Levine and her family count themselves amongst those who partake in the holiday tradition. This year, however, things are going to be a little different for the fifteen-year-old: she not only is going to participate in the parade itself, but she is also getting treated to a once-in-a-lifetime experience of the Big Apple. We caught up with the aspiring dancer and her mother, Donna, to learn more about how this all came about and to get some BTS details about what it’s like to be part of such an iconic celebration. 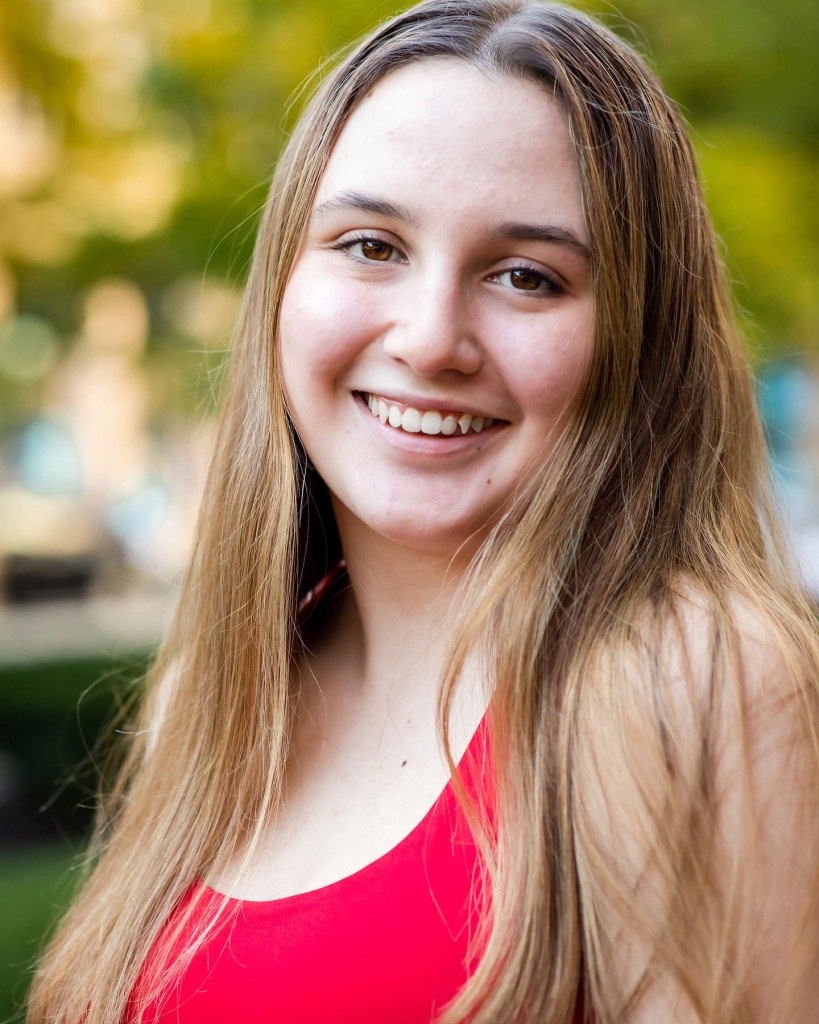 When did you first get into dance?

Anna: I did dance when I was younger, but I dropped it for a while to pursue other things like sports. I picked it back up again when I was ten and have been dancing ever since.

How did all of this come about?

Anna: I just recently joined my new studio, Kelley Ann Dance Center in Portsmouth, at the end of July. One day the studio owner, Laura [Shearman], sent over a bunch of links to things I could audition/apply for, but just due to certain circumstances of not living in New York or Los Angeles or other things along those lines, there were only two things on that list that I could really apply for. And one of them just happened to be the Macy’s Thanksgiving Day Parade.

I’m assuming you were already familiar with it?

Anna: I’ve grown up watching the parade on TV every single Thanksgiving morning. My mom has, too. It’s a tradition. I told her about the application and said, ‘Should I send mine in?’ She said to go for it. I filled out the paperwork and sent in a video of me performing my solo from this past year’s competitive season. They said they weren’t going to get back to me for eight to ten business days, but I heard back in less than one — I had applied over Labor Day Weekend, and I was accepted the day after Labor Day.

But we had so much to think about: it’s an expensive trip and we also weren’t sure if we wanted to sacrifice our whole Thanksgiving to go to New York. You have to be there seven days and six nights. But then one day I came home from school and my mom was like, ‘I’m gonna let you do it. You’re in.’

Donna: I’ve always been interested in going to go to the parade, but I also always felt like the traditions of family dinner and having football on television were something I didn’t want to give up. Also, the worries of not understanding the layout and being in that type of a crowd — I didn’t know how that experience would play out on a holiday, so I never tried to go. But I did always want to take Anna and her sister — they’re twins. So, when this opportunity came up, I felt it was the right timing. Not only do we get to enjoy the parade, but the production team for Spirit of America [the organization with which Anna will be performing] really makes sure that every dancer and cheerleader and their family members have the experience of a lifetime.  We’re seeing two Broadway shows, the Rockettes Christmas Spectacular, the Statue of Liberty, the Rockefeller Center, the 9/11 Memorial, the Top of the Rock, “the Today Show” ….  There’s a lot that they put forth for the families to make the expense and the experience really and truly worth it. We’re going to see NYC in a way that we could have never imagined.

As the parent of a performer, do you also get a front-row seat to the parade?

We don’t — the only people who get reserved seating are the Macy’s executives, I believe. But all of the dancers and cheerleaders are required to stay at a hotel on the parade route because she needs to be in full makeup and costume and ready to go in the ballroom on Thanksgiving Day by 6 a.m. So, all of us parents will be up and ready, too, and we’ll just go down to the street and park ourselves there for however many hours until they all pass by.

Tell me more about the prep process.

Anna: We have to learn the choreography before we get there. They sent us a video of the routine and the choreo is about a minute and a half long. I had two days off from school last week so I booked out studio space to make sure I had the room to learn it in its entirety. It’s really fast, too, so having the bigger studio space eased my mind because I knew that I wasn’t limited to the amount of space that I had to work with. I learned the whole thing across a total of maybe three-and-a-half, four hours. It wasn’t easy — it definitely had its struggles and I got really frustrated at one point, but I persevered. I got through it. The choreography is awesome, I’m so excited to do it!

What has it been like working with Spirit of America?

Donna: It’s been incredible to see the way that they communicate and support the dancers and the cheerleaders, from the room assignments to the chaperone details. I’m just really impressed with how they’ve assisted me — I had a lot of questions about the room types and what’s the best way to go about this with two teenagers and so on, and they’ve just been so great with every little detail leading up to this point.

Not only that, but they sent Anna a huge parade box and in it she got a backpack, a Spirit of America jacket that she’s required to wear the whole time to identify her as part of the group, a sweatshirt, other swag and most of her costume — she’ll get the accessories when we get there. All the performers have been sharing their unboxings on Instagram and it’s just so exciting. There are about 550 dancers nationwide, and this is the first year that they will have some Canadian guests, as well. Between the hotel and the rehearsals and such, I do think this is one of those opportunities where she will meet lifelong friends. She’ll make connections with other dancers who she will probably stay in touch with for the rest of her life.

Speaking of, what does the rehearsal process look like?

Anna: Our train leaves Saturday [November 19] morning, so we should get to the city by around 1 or 2 p.m. I know I have a few rehearsals in the days leading up to Thanksgiving. The only one I know the exact time of is a 6 to 11 o clock at night rehearsal, which is going to be really fun. I’ve never rehearsed that late before or for that many hours. I think the excitement and the joy of it all is going to overtake any tiredness or soreness. We also have one in front of Macy’s / NBC at some point, and then Wednesday night is the first dress rehearsal and early Thursday morning is the final one.

Okay, so you know that you’re going to be a reindeer — does that mean we should all be looking for you towards the end of the parade when Santa arrives?

Donna: That’s what we think. She’s going to be dancing to the Kelly Clarkson version of “Run, Run, Rudolph.” It’s a real high-energy song, so I’m thinking they must be near Santa.

Anna: It’s probably going to be hard to spot me in the large sea of dancers if I’m not near the front, the back or the edges.

Donna: I think they do try to pan through all the dancers and show as many faces as the can. But one good thing is there’s a parents’ rehearsal where I will get to see exactly where she is in the choreography and I’ll get to share with our friends and family so they know where to look for her. Spirit of America is also hosting a dinner the night after the parade where they’ll show the performance — they want all the performers to be able to see what they did on television.

Not only is this is going to make for an amazing experience, but also a wonderful addition to your resume! Is dancing something you want to pursue full time?

Anna: Definitely. I’m currently a sophomore at Prout and there I studied dance last year and I have dance again in my schedule next semester. I also plan to pursue International Baccalaureate [IB] dance my junior and senior year — it’s a two-year program and it’s the highest level of dance you can take at Prout. You can get college credits once you complete the program. I’ve had my eyes on it from the first day of freshman year.

Being a sophomore also means I’ll be starting to think about colleges soon, much to her [Donna’s] dismay. Come this time next year, I’ll probably be starting to look into schools with really amazing dance programs, like the Julliard School in New York. There’s just so many categories you can go into as a college dancer.

Donna: From my perspective of going to dance conventions and competitions and seeing the amount of work that goes into Spirit of America productions, you must have dance knowledge to be behind the scenes at any of these organizations. So, whether it’s a career in dance on stage or a career in dance working for something like Spirit of America, there’s just so much opportunity with dance, especially for someone like Anna who is so passionate.

Do you have a favorite style of dance?

Is there anything else you would like to add?

Anna: I just want to say thank you to my mom for making the sacrifice for me to go, to my sister who is always my biggest cheerleader, to my friends for supporting me, always, and just to all the people in my life who have seen my heart, seen how hard I’ve worked for this, and uplifted me when I’ve been down or frustrated. I’m just so happy and so excited, and I’m so grateful that my life is turning in this direction. It truly is an opportunity of a lifetime.