The production of La Palomba / Ascending commemorates the twentieth anniversary of 9/11 at the La Palomba sculpture garden in Matera, Italy. 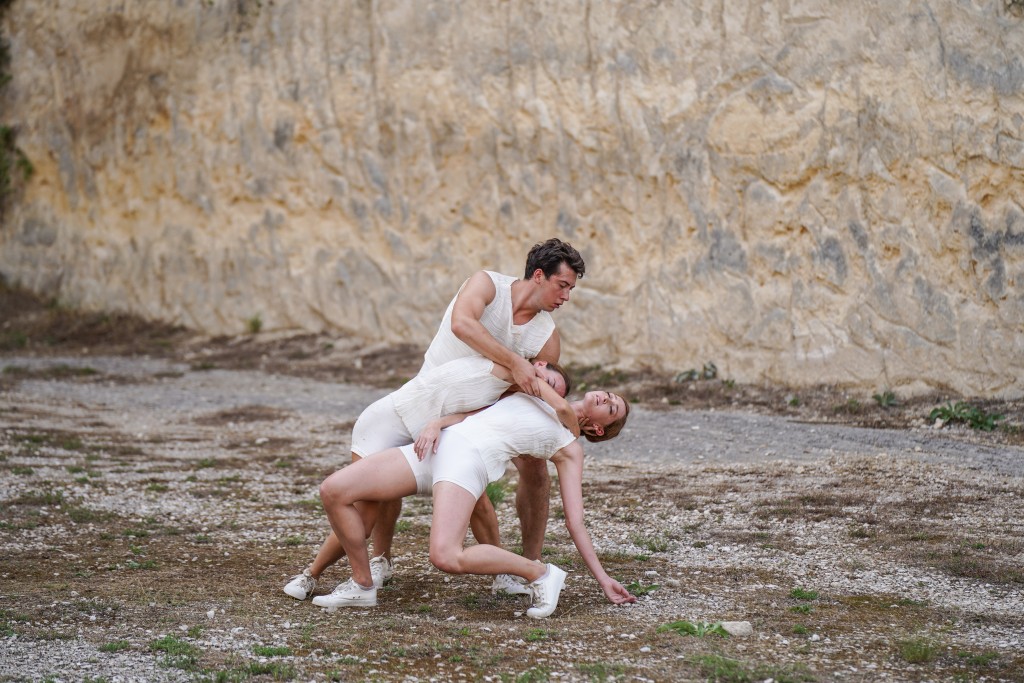 La Palomba / Ascending premiered in Matera, Italy, where the sculpture garden built from remaining pieces of the World Trade Center is located. Photo by Clarissa Lapolla.

Island Moving Company celebrated its fortieth anniversary with a tour in Italy, where the original choreography of La Palomba / Ascending was performed in front of several audience members. The production, which honors the lives lost and first responders who saved lives on 9/11, took place from September 16–18 in Matera, Italy’s La Palomba sculpture garden, which was built from the rubble of the World Trade Center.

“It’s developed from a group of dancers who just wanted to work together and make choreography, to now a professional company,” says Genest, adding that IMC has eleven full-time dancers, one apprentice and five trainees.

Genest, along with artistic director Miki Ohlsen, co-choreographed La Palomba / Ascending with assistance from Simona DeTullio, the director of Breathing Art Company in Italy. A couple years ago, Ohlsen traveled to Italy and stumbled upon the La Palomba sculpture garden created by Apulian sculptor Antonio Paradiso. The sculptor was the only Italian authorized by the Port Authority of New York to collect some of the twisted metal, steel and other rubble from the Twin Towers, resulting in the incredible sculpture garden set in a quarry by Matera, Italy. Genest and Ohlsen were then inspired by the garden, now registered as a UNESCO World Heritage site, and began working on the project.

“It’s a commemoration of the events of 9/11 and a look at the shared humanity that those events [influenced],” says Genest. “We all felt it across the world in different ways, so it’s paying tribute to all that occurred, the people that were involved, the lives lost, those who were so courageous, loved ones left behind, all of it.” 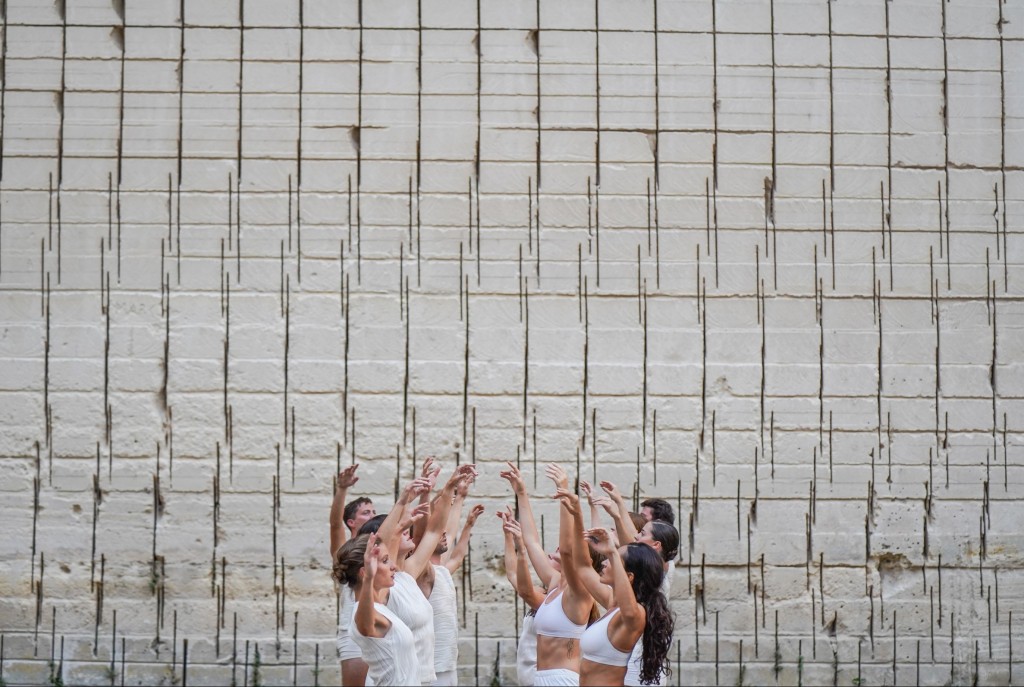 The Newport showcase will display the photos and videos from the performance in Italy. Photo by Clarissa Lapolla.

Genest says she hopes the showing of La Palomba / Ascending brings people together and promotes unity throughout society. Now that the IMC members who toured Italy have returned to Newport, they’re preparing for the show’s home premiere on an outdoor stage at the Great Friends Meeting House from October 8 to 11, and again on October 15 to 16.

“It’s such a meaningful process and it keeps changing,” says Genest about the performance, which will integrate photos and videos of the original performance into the Newport showcase.

Other productions this season include Alice in Wonderland from the IMC Family Series (October 15 to 17) and A Newport Nutcracker at Rosecliff (November 24 to December 3), just in time for holiday festivities. In March, IMC plans to kick off the 2021/2022 season with a gala performance at the Vets.

Tickets for La Palomba / Ascending can be purchased online, then watch the Newport premiere from the outdoor stage of the Great Friends Meeting House. 21 Farewell St., Newport, 401-847-4470, islandmovingco.org

House Lust: Seaview Terrace, a Newport Castle with a Whispering Gallery, is on the Market