The documentary-style film is about the bridge on the Attleboro and Pawtucket line that is dedicated to Lynn Goodchild and Shawn Nassaney, a young couple who graduated from Bryant University. 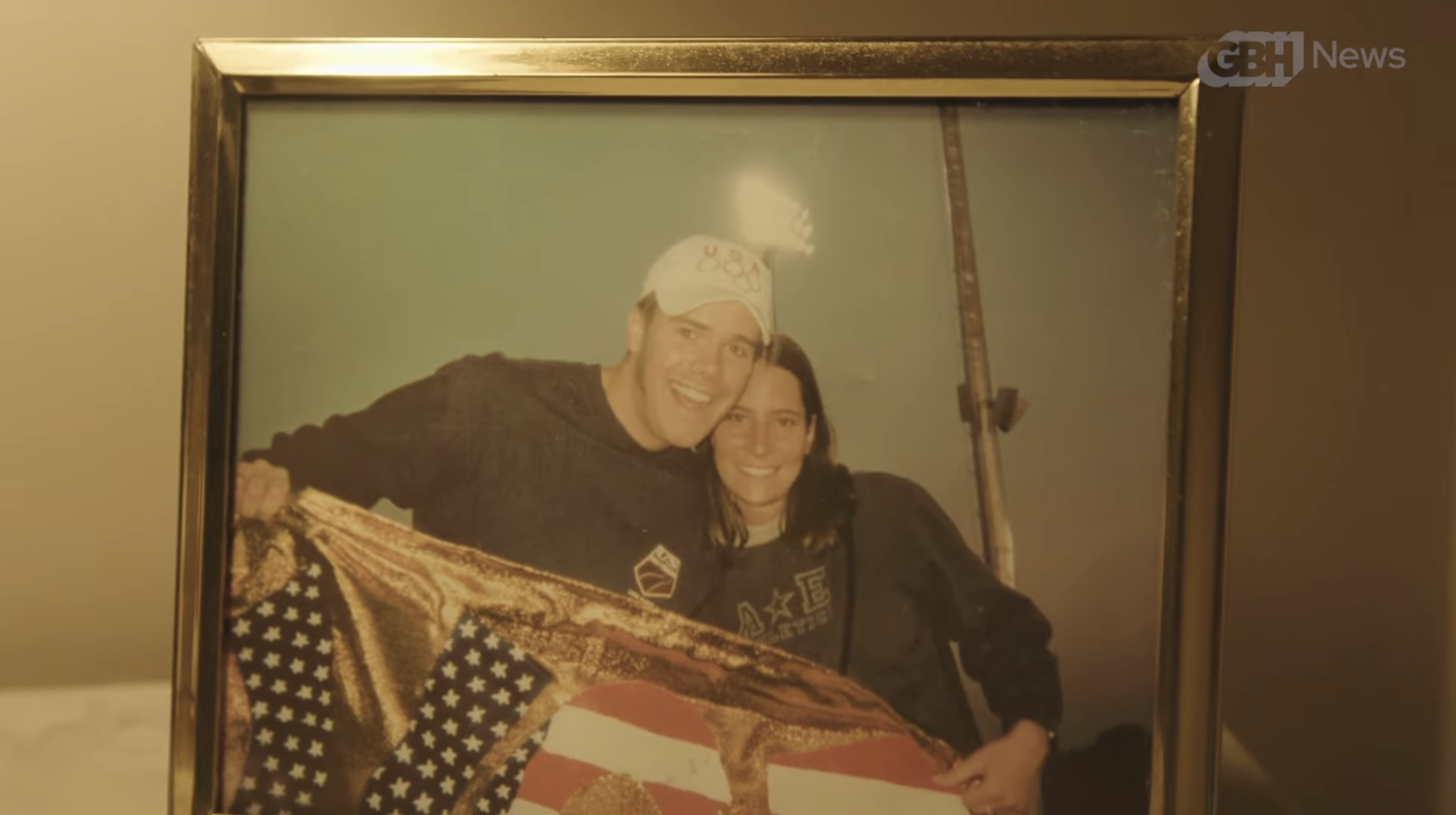 Lynn Goodchild and Shawn Nassaney were tragically killed on September 11, 2001.

The September 11 we all remember was more than twenty years ago… just think about that. Twenty-plus years. And if you have eight minutes today, take a moment to watch this documentary-style film produced by GBH, “The Bridge: A 9/11 Story.”

The film tells the story about a local couple who were killed in the tragedy. The bridge on the Attleboro and Pawtucket line is dedicated to Lynn Goodchild and Shawn Nassaney, a young couple who graduated from Bryant University and were pursuing their Masters degrees at Providence College. They were on their way to Hawaii on United Flight 175 when it was hijacked by al-Qaeda terrorists and purposely flown into the South Tower of the World Trade Center in New York City, killing all sixty-five people aboard.

Shawn and Lynn were from Attleboro, Massachusetts, and Pawtucket, Rhode Island, and the bridge connects the two cities where they lived. They met as students at Bryant University and they loved to travel together. “When I heard they were naming a bridge after Shawn and Lynn, a bridge between Attleboro and Pawtucket, I was like wow,” says Ryan Nassaney, Shawn’s brother, in the film. “Bridges in general bring people together, and that’s what they were very good at. Bridges take you places and they went everywhere.”

GBH News interviewed Shawn and Lynn’s family members to talk about the couple’s legacy, and what the dedication of the bridge means to them. Nine-eleven should never become just another day; it should be one in which we ponder the past and remember the people who were lost and the grave impact 9/11 has had on their families.

The beginning of the film discusses how vivid memories of this day are for all of us, and how we all remember where we were the moment we learned what was happening. On Sept. 11, 2021, it’s important to take time to reflect, says Shawn’s father, Patrick Nassaney.

“Not too long ago, I was having a discussion with the Goodchilds and I said, the day is going to come when September 11 is going to be like December 7. It’s only inevitable. The hard edges that everybody felt about 9/11 have been smoothed by time,” Patrick Nassaney says. “It’s like dust on a mantel, slowly time goes by and a little dust settles and a little bit of dust settles and it builds and it builds to the point where you just don’t have that same raw emotion, but conversely, it’s a very thin veneer and it doesn’t take much to penetrate it, and once you penetrate that veneer, all the emotions and everything comes roaring back.”

Watching this film, all of my thoughts and feelings and raw emotions of that day came roaring back, and that’s a fitting tribute to what 9/11 should mean to all of us. Take a moment to watch it.

I remember I was in my sophomore year at Syracuse University in class, waiting for a lecture to begin at 8 a.m., when our professor turned the screen onto the news, so we knew what was happening. My classmates and I watched in complete shock, as some peers got up from their seats and started freaking out because they had family members or family friends who worked in those buildings. Many students got up from their seats and went out to the quad to try to make phone calls, but hardly anyone could get through because the lines were jammed. We went back to our dorms and watched the live footage together, and will always remember the moments when we saw what happened next. We will always remember being there for each other. We will always remember having compassion for others in that moment. We will remember the moments our world stood still and nothing else mattered. Feel free to share your moment with us, too.