“Walk Like a Man” to PPAC this weekend to see the hit musical. 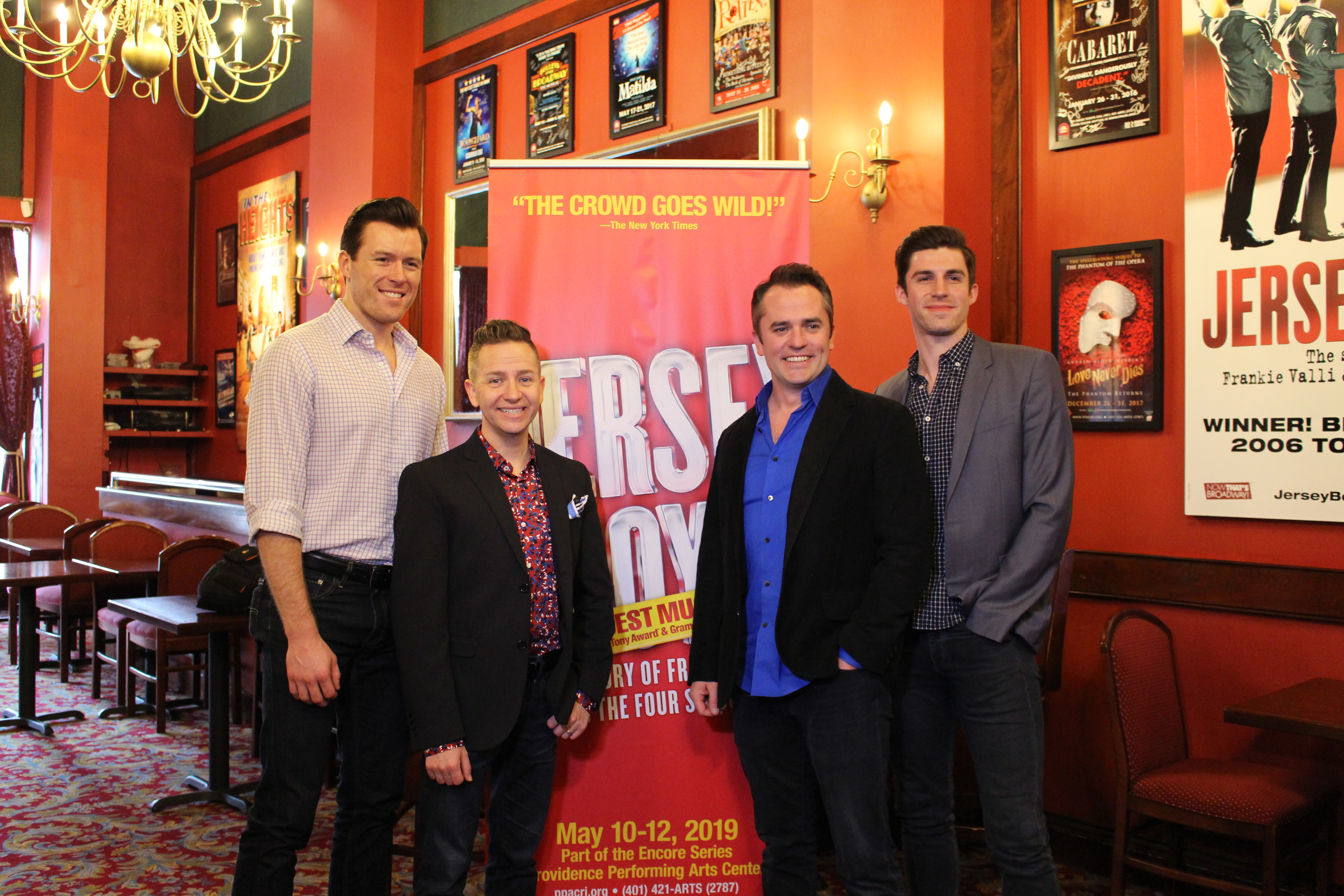 The 2018/2019 Taco/White Family Foundation Broadway Series at PPAC has been full of amazing hits from The Phantom of the Opera to Anastasia to Cats. Each show amazes me more than the last, and the next one is no exception.

Opening tonight, Friday, May 10, is Jersey Boys, the story of Frankie Valli and the Four Seasons, four hard-working, blue-collar boys, just trying to make it big and stay there. For those who don’t know the story behind Frankie Valli and the Four Seasons, the show is heart-wrenching, triumphant and euphoric, showcasing the highs and lows of each member’s life.

The Four Seasons are Corey Greenan, playing Tommy DeVito, Eric Chambliss playing Bob Gaudio and Jonathan Cable playing Nick Massi. Courter Simmons is filling some pretty big shoes as perhaps the most famous falsetto in the business, Frankie himself. The guys are the spitting image of the 1960s jukebox group, hair gel and all.

What might be most surprising to those who haven’t seen the show but are big fans of the music is the amount of hardship the group faced before, and during their years of fame. Endless nights on the road, being away from their children – it took a toll on the original band, just as it does on the cast of the show.

“I think we can all really relate to and identify with the exhaustion of being on the road, being in a new hotel room every night, waking up and taking a moment to remember where you are, having to take a picture of your hotel room door so you don’t forget where you are!” explained Greenan thoughtfully when asked about how they get inside the minds of each character. “We all are living that right now.”

The guys all agreed, especially Simmons.

“I actually adopted a child this year, so it makes a little more sense to me, Frankie’s relationship with his kids. You never know what it’s going to be like to be a parent until you are one.”

When asked why the people of Rhode Island should come out and see the show, the group was quick to remind us exactly who we were talking about.

“This music is timeless and iconic; tons of people were raised on these songs,” said Greenan. The show is packed with the hits, though there are a few that “got away”, listed at the bottom of the program for the show.

“The short answer is because we’re in it,” Cable joked.

The boys have only just arrived, but said they love Providence’s atmosphere and are dying to try the food on Federal Hill – the real Italian food that we are all so lucky to have right in our backyard!

Oh, what a night! Are you sick of the puns yet? Jersey Boys runs at the Providence Performing Arts Center from May 10–12.

RI’s Adoptable Pets for May