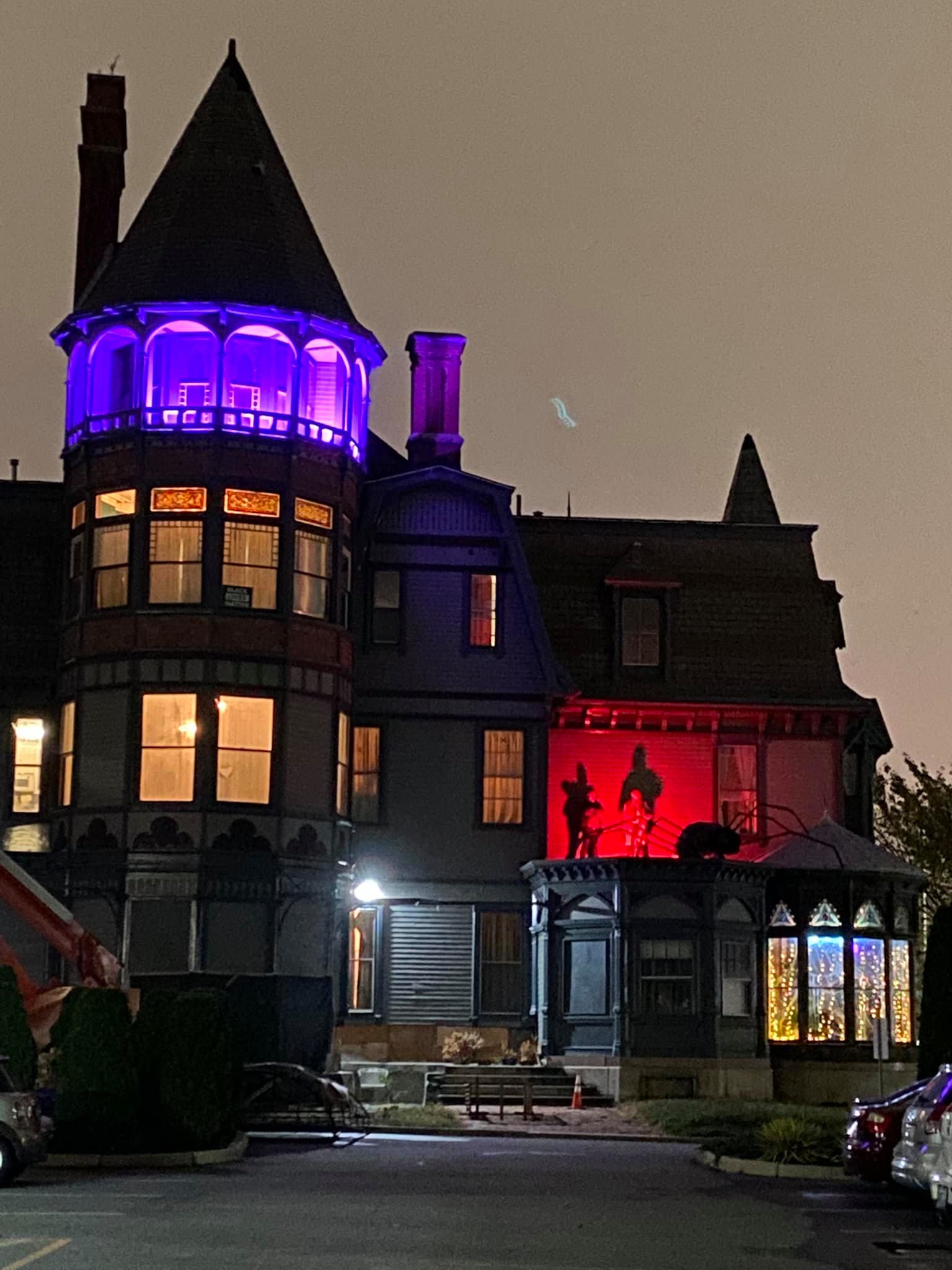 Barnaby Castle is ready to go for Halloween. Photo by Kaitlyn Frolich.

The most epic Halloween Bash had to take a break with the pandemic, but a more intimate version of the fete is back from the dead. Now’s your chance to party at Halloween at the Castle in an elaborate mansion called Barnaby Castle on the West Side of Providence on Saturday, Oct. 30 from 8 p.m. to midnight. The quirky Victorian house has a haunted past of its own.

The 1875 mansion was built for Jerothmul B. Barnaby, who owned J. B. Barnaby and Co. department store in Providence. The owner’s wife was the first person to be murdered by mail; she was sent a bottle of poisoned whiskey out in Colorado, which caused her demise. “The house really is the theme itself,” says Barnaby Castle resident, “lady of the house” and event designer Kaitlyn Frolich, owner of Kaitlyn Alyece Event Architects. “I thought, we have a Halloween house, so let’s party in it.” 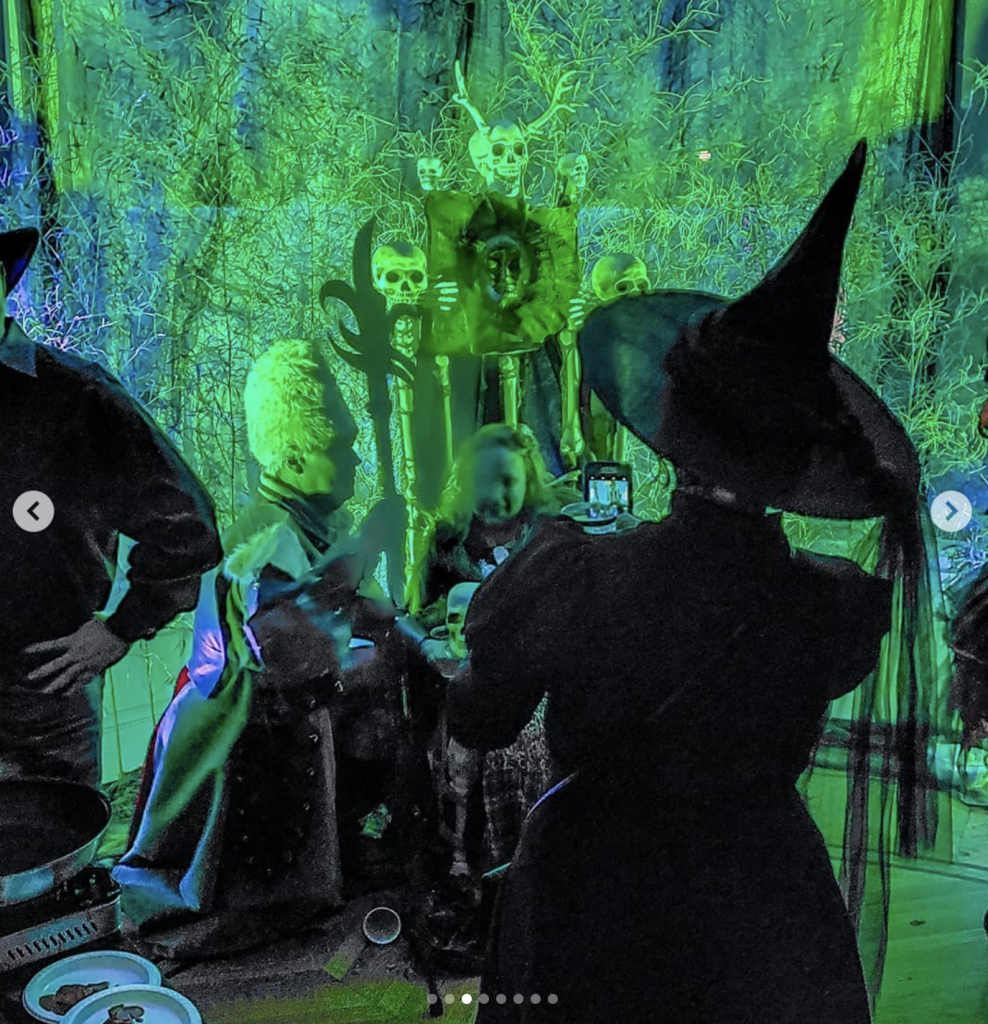 The mansion features 114 windows, including eighteen stained glass ones, fresco ceilings and decorative handpainted walls that are being restored by in-house artist Bob Dodge. There’s also a wood-carved breakfast nook and dining room, and a light-filled solarium. “[Barnaby] built this grand castle with the full intent of showing off, having parties here and peacocking,” says Frolich.

On the night of the party, the mansion glows in colored lights and fog. Each room is decorated in ghastly decor, including zombies, spiders, cobwebs, creepy dolls and more. The number of guests has been decreased this year to afford a more intimate affair that will allow access to all three floors of the mansion, including two residences. Guests and volunteers will have to show proof of vaccination and a negative PCR test at the door (so this can be a mask-free event).

Valet parking from United Parking is included in the ticket price as well as free tarot and palm readings at the top of the turret and an open bar and food from local favorite restaurants, including sushi from Ten Prime Steak and Sushi, food from the Capital Grille, pizzas from Pizza J, late night bites from Olneyville New York System, oysters from American Mussel Harvesters and more. Open bars will have devilishly delicious crafted cocktails with spirits by Industrious Spirit Company, beer and hard seltzers from Twelve Guns Brewing in Bristol, bottomless bubbles and more to come.

There will be live entertainment on every floor and prizes will also be awarded for the best costumes (see costumes from 2019 here). Proceeds from the event this year are going to the restoration of the famed four-story tower. 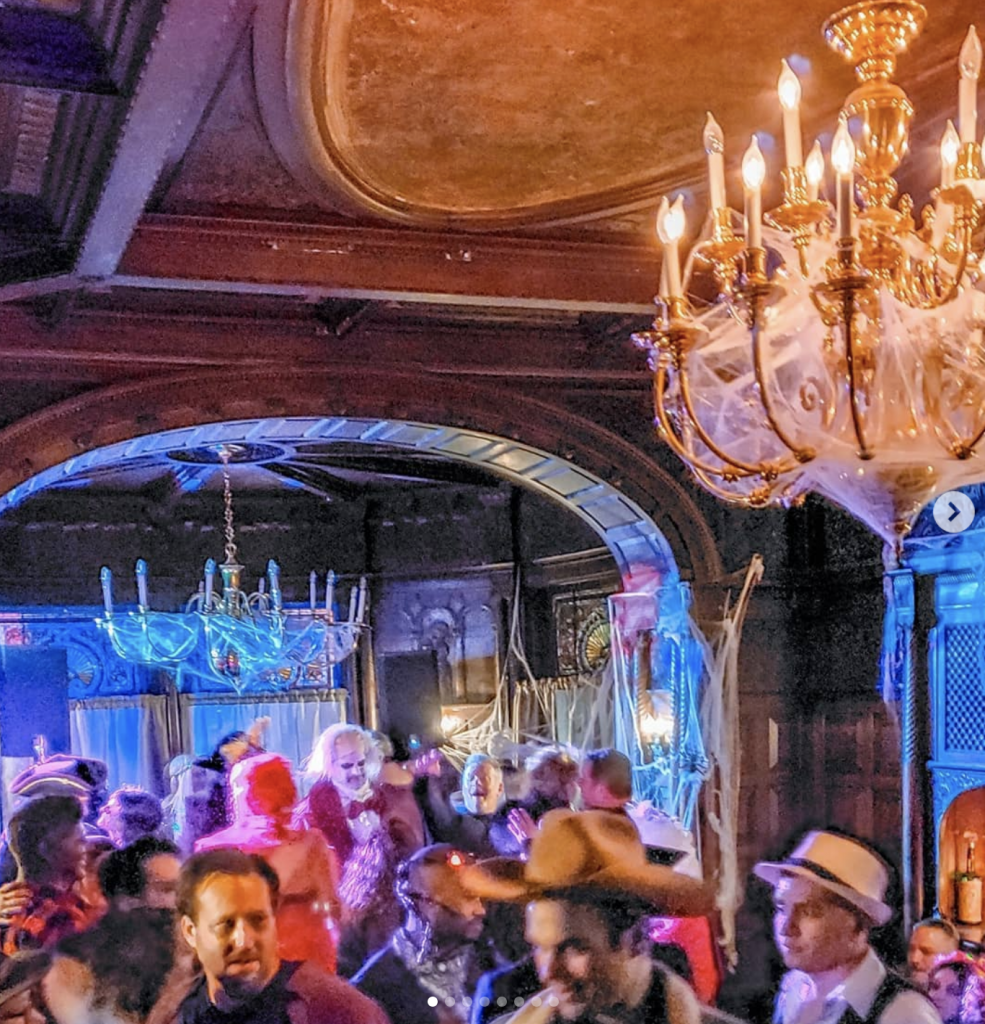