GetMyBoat Offers Affordable Boating With a Click of a Button

Summer evenings on the water – no longer a pipe dream. The online platform GetMyBoat specializes in boating rentals and is now available in Newport and Providence. 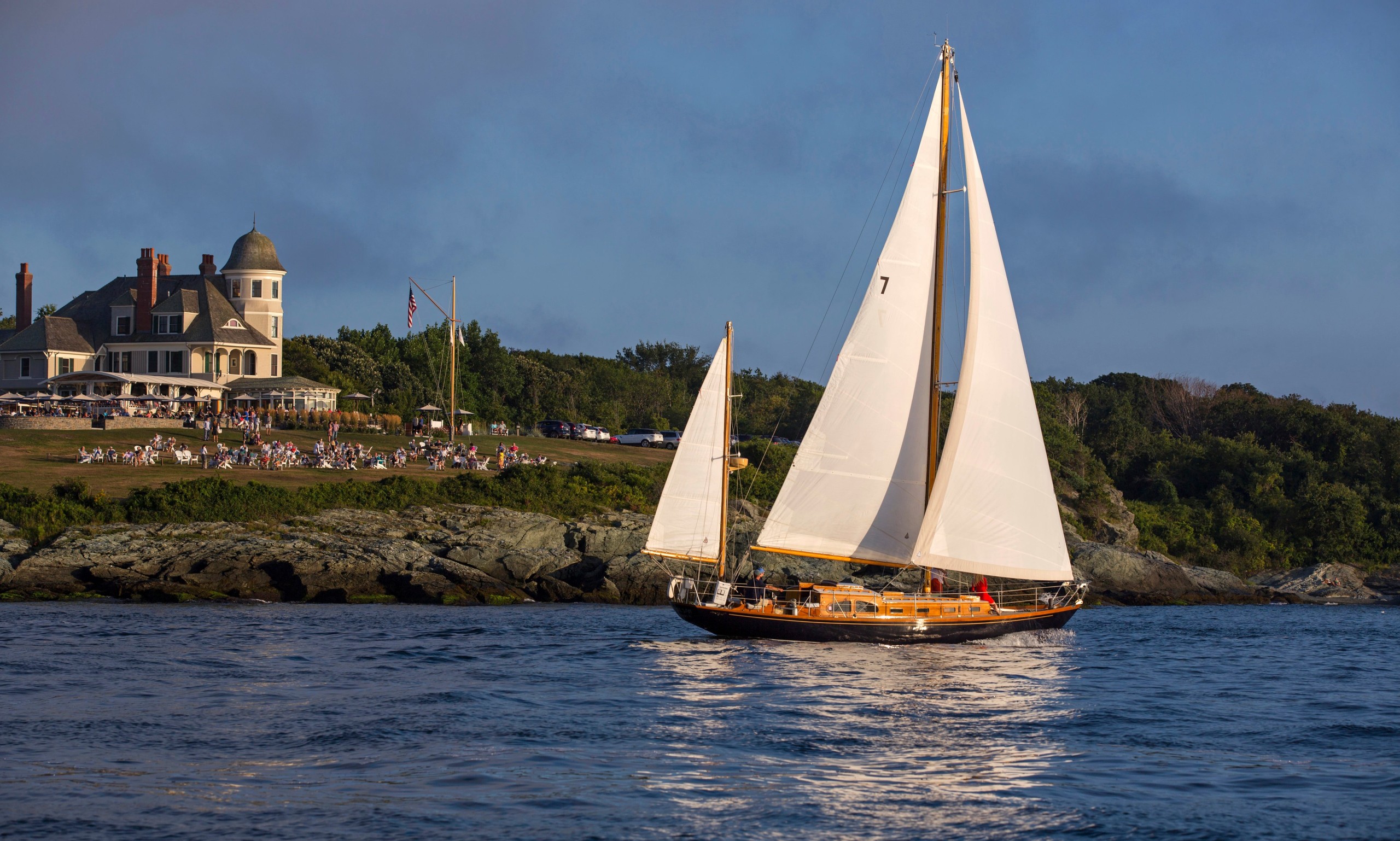 The app goes far beyond simple rentals as tours, sailing and powerboat lessons, diving, luxury events and more can also be found through the online platform. Photo courtesy of GetMyBoat.

Owning a boat is simply just a fantasy for many people due to the high cost of owning and maintaining one. However, people have discovered a platform that strives to democratize the boating community and make it more accessible to the masses rather than just those who can afford it.

GetMyBoat is an online platform that rivals Airbnb by offering similar services for rentals, only they specialize in boating rather than vacation rentals. Launched in San Francisco, California, the company has been operational since 2013 and has spread around the world to 9,300 different cities across 184 countries. In the last three years, Newport and Providence have made their way onto the list of cities where people can find rentals or boating and other on-the-water experiences.

GetMyBoat founder Sascha Mornell notes that a key part of their mission is “lowering the barrier to access and democratizing boating experiences worldwide.”

Time to Get off the Coast and on the Water

Traditionally, boating was only accessible to wealthy individuals who could cover the prices that come with owning a boat. GetMyBoat’s mission worked to change this trend by creating a platform to make boating more accessible by taking the lowest prices and fees in the industry and allowing customers to only pay for their boating experiences while they are using it.

Val Streif, a marketing manager for the GetMyBoat team, notes how excited the company is to have an expanding presence in the Ocean State. “Having more offerings for boat rentals and charters, as well as other water experiences, is a top priority so that people in Rhode Island have more options for experiencing the outdoors,” Steif says.

The rentals that the company offers include jet skis, yachts, pontoon boats, fishing charters and sailing charters, houseboats, sleep aboards, ferries, taxis and cruises. Captained experiences are offered for those who do not have boating experience but drive-it-yourself rentals are also available for those who are licensed.

For those who don’t often have to ability to go boating on huge sailboats or simply hang out on a pontoon boat, the platform is a great opportunity to enjoy the water around Newport and Providence and experience what many have only been able to watch from afar.

What if You Already Have a Boat?

Another key part of the company’s mission is provided boat owners with a resource to turn their boat into a source of revenue rather than just an expense. According to the company’s statistics, boats are only used 6–8 percent of the year, meaning they sit idle and unused during the other 92–94 percent of the year. Deciding to make use of that idle time and rent out the boat and services allow boat owners to have their boat pay them back for the price of ownership.

Patrick Abrecht became a captain long ago in Switzerland, and he received his U.S. license when he moved to Newport with his wife in 2014. Their classic wooden yacht, which was built in 1958 in Hong Kong, was initially purchased and restored by the couple with the intention of using it privately for weekend and vacations. For Abrecht and his wife, being able to meet people from all over the world and share their knowledge and experience is part of the draw.

“We decided to give the charter a try when we both became unemployed over the summer of 2015,” says Abrecht. “We started off with our website and decided to look into other options to fill our calendar…we decided that [GetMyBoat] would be a good idea to connect with a wider audience.”

Whether you’re looking for a way to get on the water that won’t break the bank, or looking for ways to share the luxury of your boat with others, visit the GetMyBoat website to lean more. getmyboat.com