This comfort food joint, an offshoot of Tilly's Cheesesteaks, is barreling toward hedonism and we like it.

You would barely know that Tilly’s exists if not for its distinctive sign, an epic red chicken flanked by Shazam-like lightning bolts. The kitchen is perched off an outpost of the Hamilton Village Inn — a white motel with a whiff of mid-century America — and is more of a motorized picnic basket than a restaurant. A grown-up, kick-ass picnic basket, that is.

The bustling but bitty restaurant is surrounded by a dozen populated picnic tables when the sun is out or a lot full of cars lined up for takeout when the weather changes for the worse. This is the second outpost for Tilly’s and, though their signature cheese-steaks do make a cameo on the menu, the 2.0 version is all about chicken. Fried chicken sandwiches may be the only affirmative ubiquity of 2020 and Tilly’s is a major player not only in the sandwich game, but in the game of constructing a meal that will temporarily transport us to a kinder, gentler environment. This, of course, involves some booze. 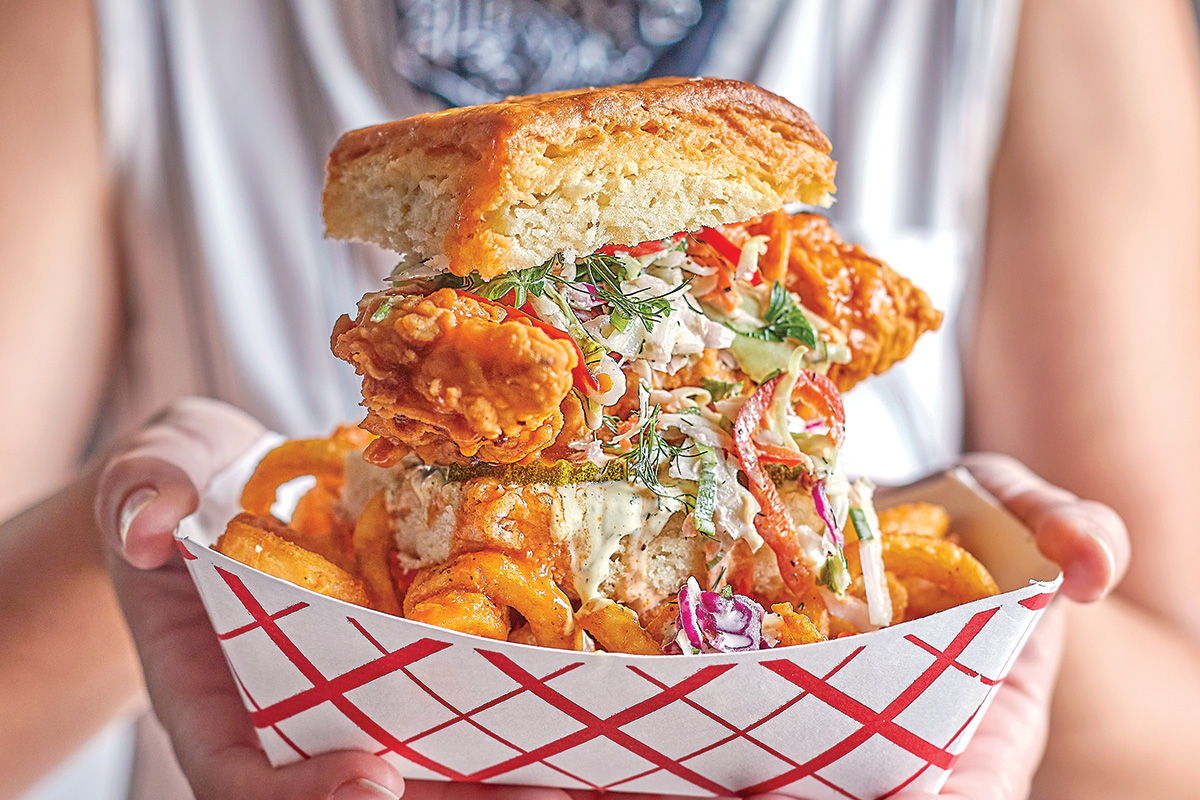 There is plenty for the kids — we’ll get to that later — but the adults matter more and it shows in the hopped-up beverage cooler. Tilly’s has everything you’d want in a can: beer, wine, hard cider and seltzer, cocktails and even coffee for those who plan a longer night. They also make a mean margarita slushee ($7) and a handful of milkshakes packed with vodka, whiskey and brandy sitting under a canopy of chocolate bark, strawberry cake crumble and peanut brittle ($9.99). It’s a bit like waking up in an Alice in Wonderland mish-mash of childhood and college vacation: heavy on the indulgence, light on the ramifications.

But if Tilly’s is barreling toward hedonism, they also have an eye on Southern culture. Cue the pimento cheese balls coated in crushed Cheetos, served alongside purple pickled cauliflower and fronds of dill ($7.99). It’s an absurd dish and oh so fun — vaguely reminiscent of cheese in a spray can, but galvanized by the bite of vinegar. Of course, the jewels in this crown are the sandwiches, served on buttery biscuits or Martin’s potato rolls (for the record, that’s the Shake Shack bun, so it’s been vetted). You can get them with pickle slices and biddy sauce — Tilly’s answer to the “special sauce” — or drizzled in hot honey, butter and sea salt ($8.99). 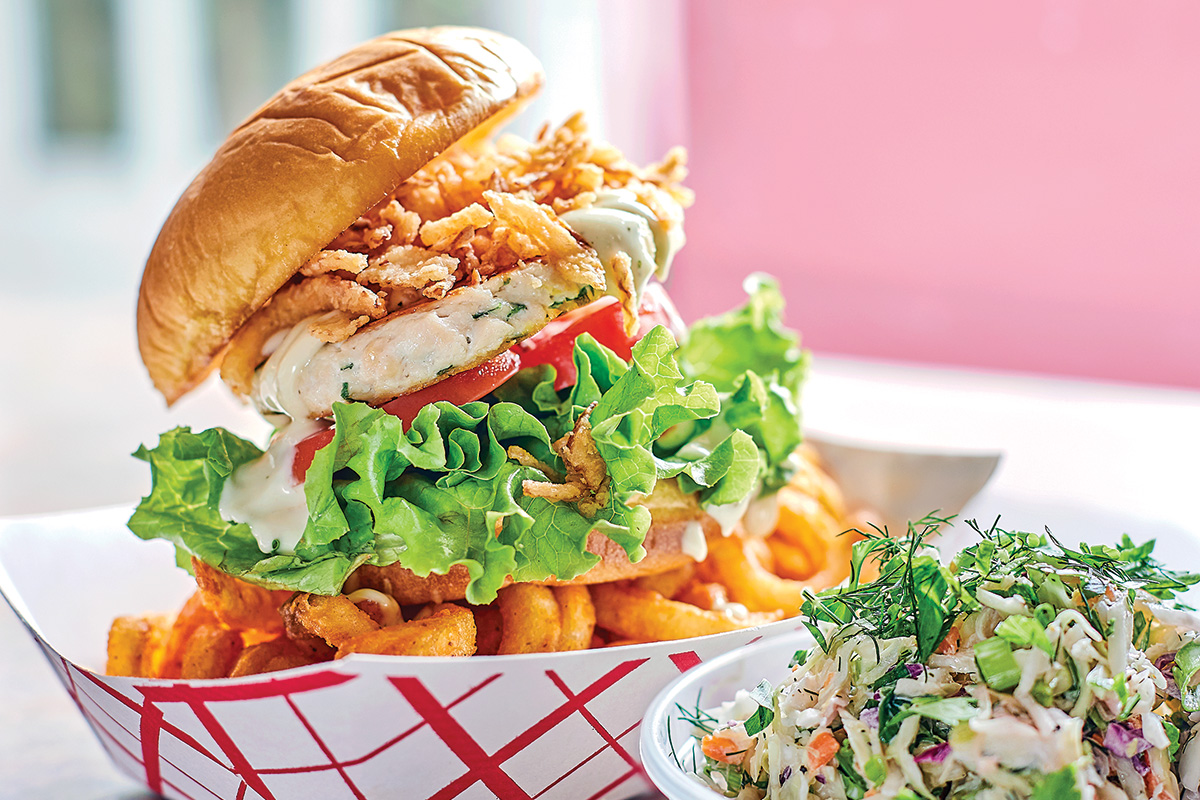 Choosing between them is like choosing between your kids on their best day. But the biscuit has many incarnations: covered in gravy and hot sauce, topped with avocado and cheese, served with sausage and fried eggs. It’s worth noting that this fluffy, split-open extravaganza deserves the spotlight. Biscuits work in tandem with fried friends, but are so good on their own that they’re almost better as a married couple living apart.

There’s dessert too: appropriate milkshakes for the crowd younger than twenty-one and a waffled biscuit topped with strawberries and cream ($8.99). But you don’t even need something sweet to call this a celebration. Tilly’s is a Willy Wonka chocolate bar: small and discreet until it reveals the golden ticket to a grown-up world of “candy” — namely fried food and beer. And the very least we can do in an age of uncertainty is spend twenty bucks on a short-term escape plan.