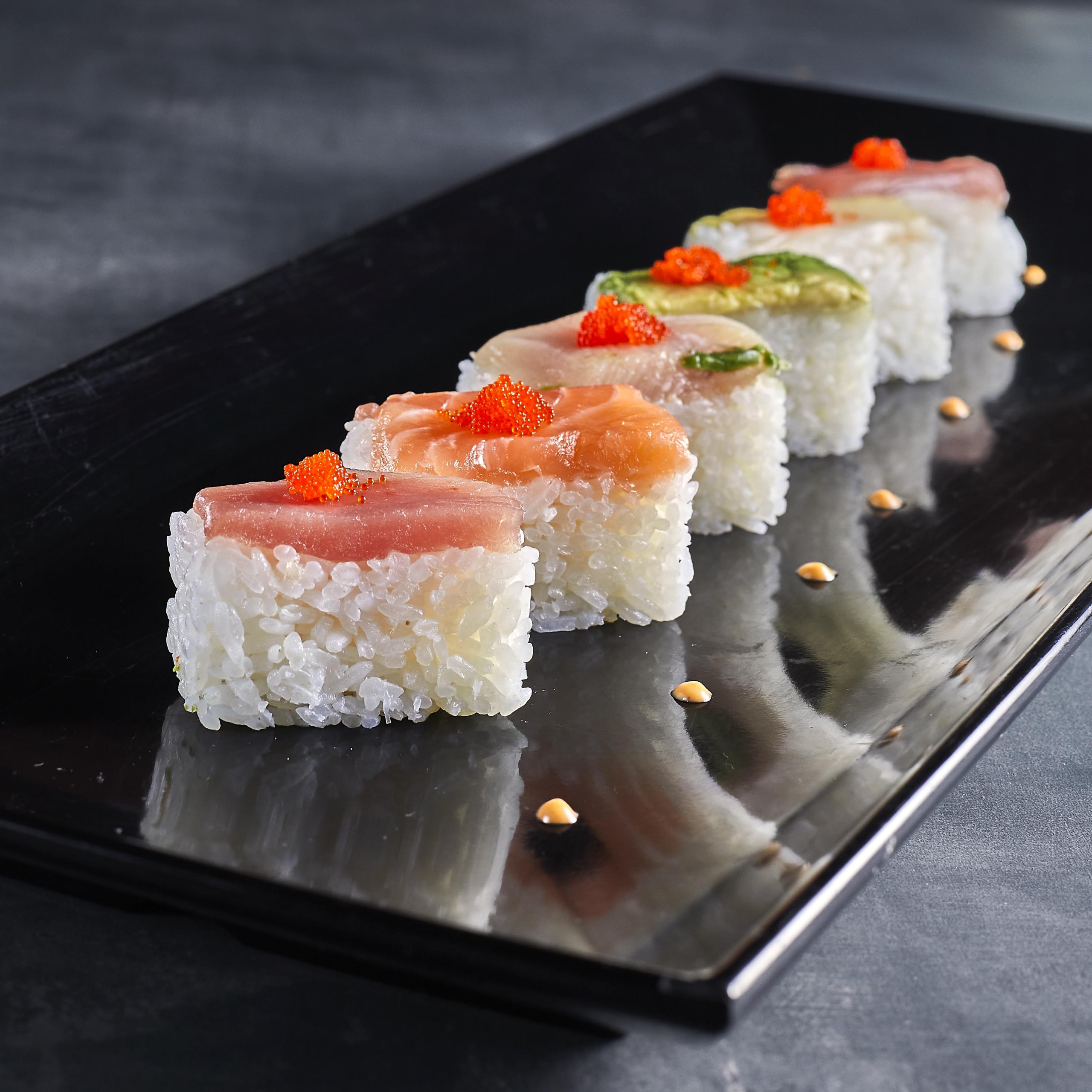 When Nino Elgheryany served as head sushi chef at Ten Prime Steak and Sushi, audacity was part of the game. A dimly lit restaurant that exuded illicit behavior, the menu managed to meld Kobe beef and sushi rice in a harmonious, hedonistic manner. But now that Elgheryany has opened his own spot in Providence’s Jewelry District, he’s less about shock value and focused more on an organic — though still innovative — approach to Japanese cuisine. 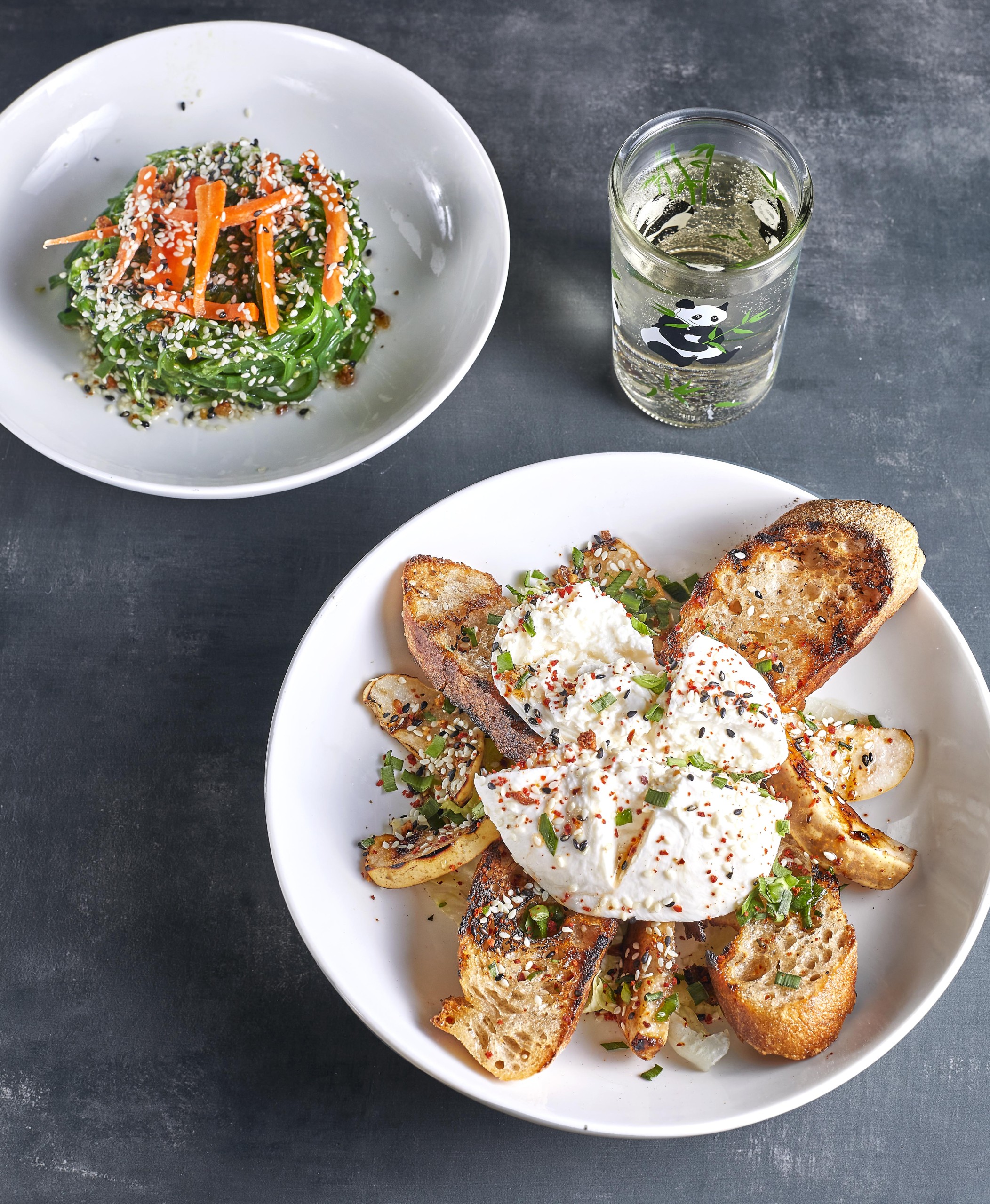 Born of Egyptian and Italian parents, Elgheryany earned a degree in genetics in Asia but pursued his passion of Japanese cuisine. Trained in Japan, the chef is exuberant about cross-cultural eating. Somo Sushi, however, is not about redefining traditional Japanese food as much as it widens the perimeter of its approach. Servers are dressed in black but the space itself is serene and airy, dominated by light wood and light paint. It also eschews moody romance for a sense of youthful glee: The back wall is covered in colorful renditions of nigiri, candles are placed in jelly jars ornamented with pandas and there are live orchids throughout the dining room. There are two screens near the bar and one massive steak on the menu but, largely, the kitchen keeps American perspective at bay in its celebration of Asian custom. 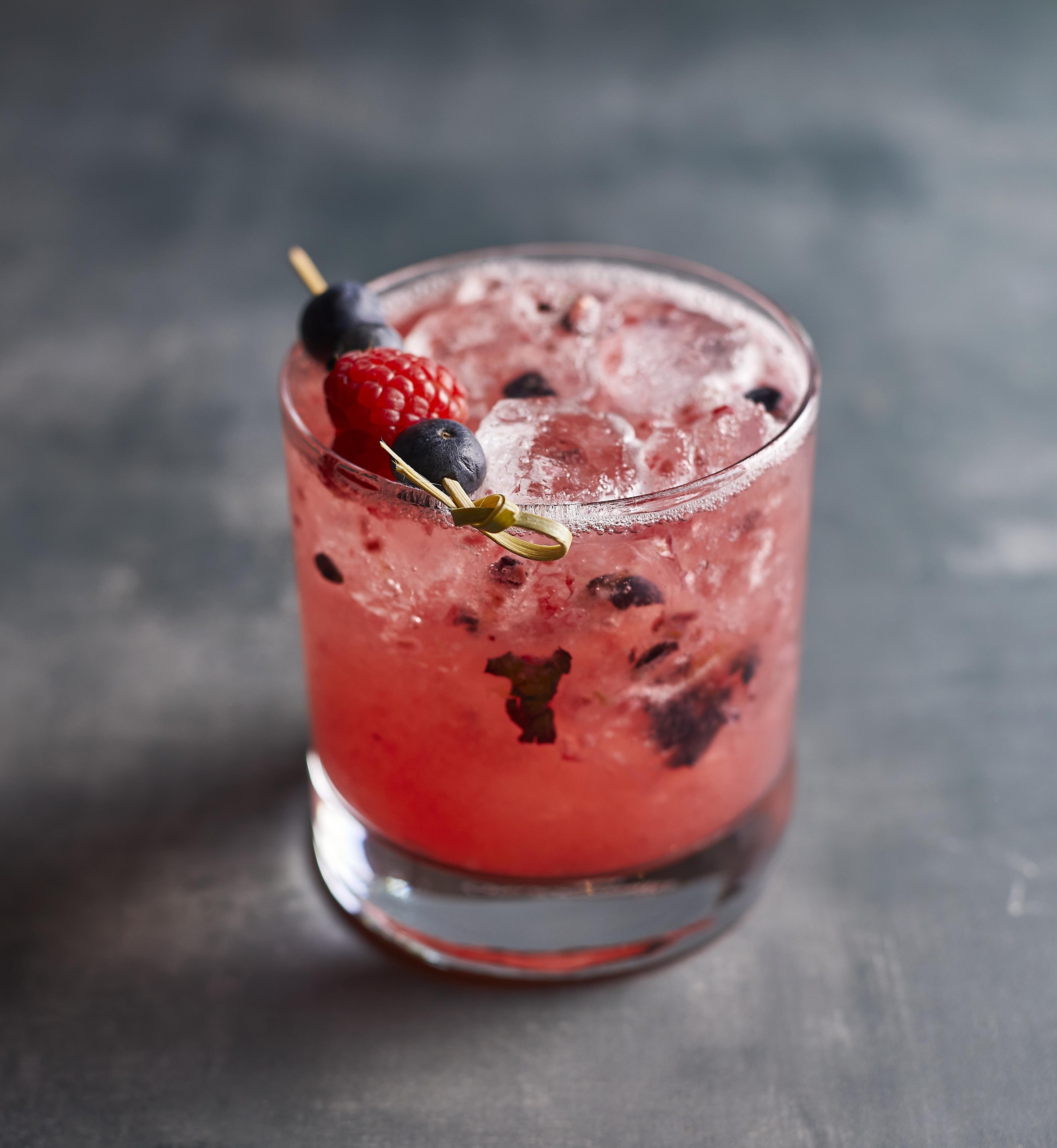 Seaweed salad is strictly saltwater and sesame, grilled oysters are served with miso butter, and shishito peppers arrive with dollops of yuzu-chili aioli. But Somo is committed to the Japanese belief that meals are meant to exist in harmony, not in competition. Even when continental influence meanders in, it does so only in a supporting role: a wedge salad is the base for carrot-ginger dressing ($10); hot honey coats edamame beans ($8); burrata cheese pairs with peaches soaked in mirin ($14). Each dish is just unfamiliar enough that first-time visitors entrust their servers to map out a meal on their behalf. “I’m going to stick with him,” declared one diner, pointing to his server with pride. “I told him to bring me whatever he loves.” 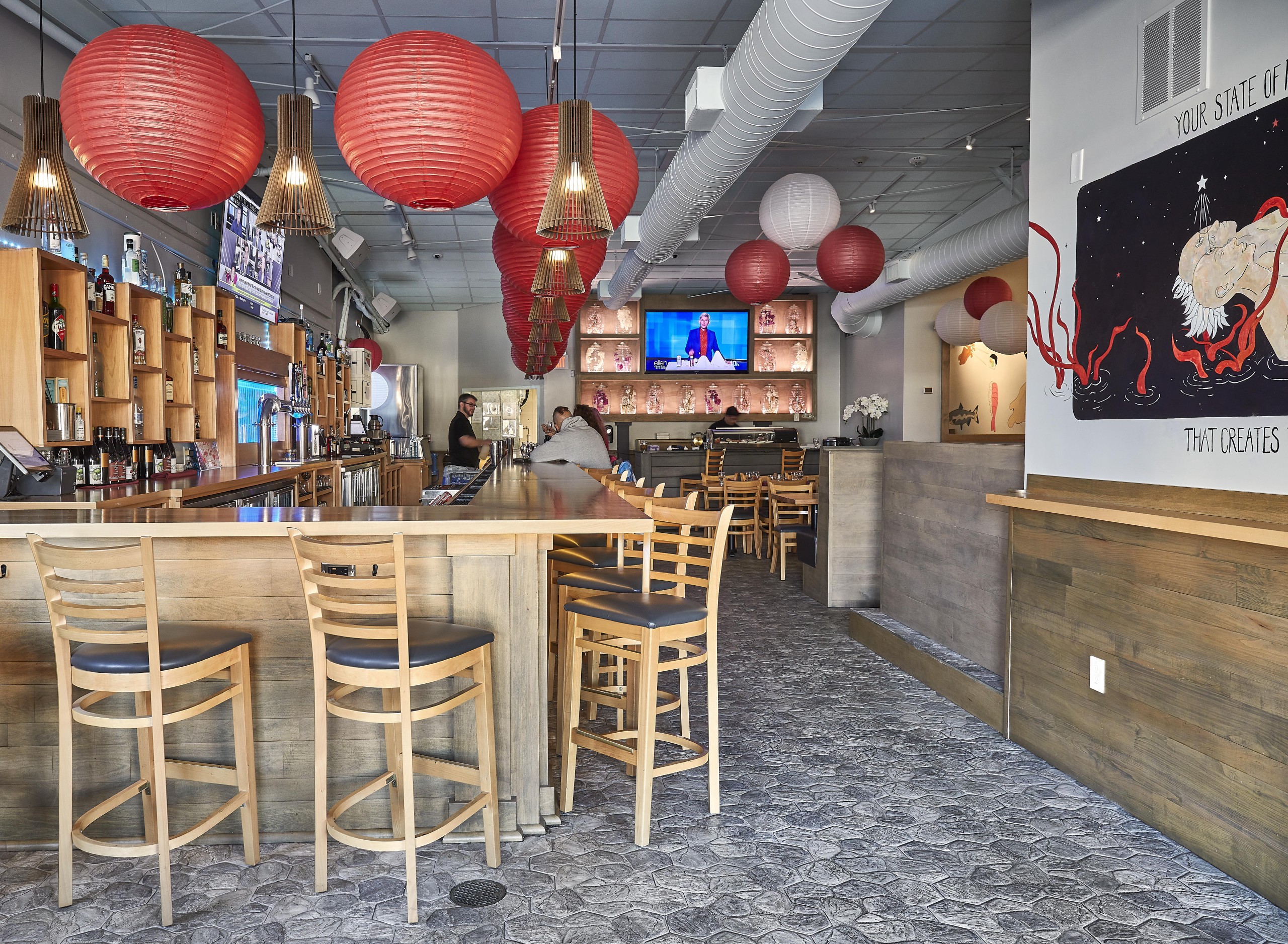 What everyone loves — including Elgheryany — is a take on sushi that’s grounded in heritage but translates to a modern palate. Sushi has been in the American culinary lexicon for forty years, but Somo’s plates manage to capture some of the wonder diners felt back when even kappa maki (cucumber roll) seemed novel. It’s accomplished, however, by excavating the Japanese pantry. Eel sauce is infused with heady garlic and maki rolls are sprinkled with puffed rice to create an old-school Pop Rocks effect ($18). Dragon fruit rice — in a subdued shade of fuchsia — brings drama to the meal without distraction, but it’s the addition of white miso sauce to maki ($16) that defines Somo’s identity. An age-old ingredient, it’s used in a way that simply paves the way for 21st century cuisine. Elgheryany is an active guide on this journey, visiting tables each night to tell stories, show photos from his phone, and build community in a way that only food can. In a neighborhood that’s still expanding from commercial to residential, it’s the locals — young couples out for a walk, Brown Medicine doctors spent from a day of instruction, industry folks on a night off — that claim Somo as their own. No one is using the bar to forget what the week offered, but stay long enough, and you may get the chilled green tea house shot: Jameson, peach schnapps and green tea, most importantly, a sense that even rituals evolve as we do. 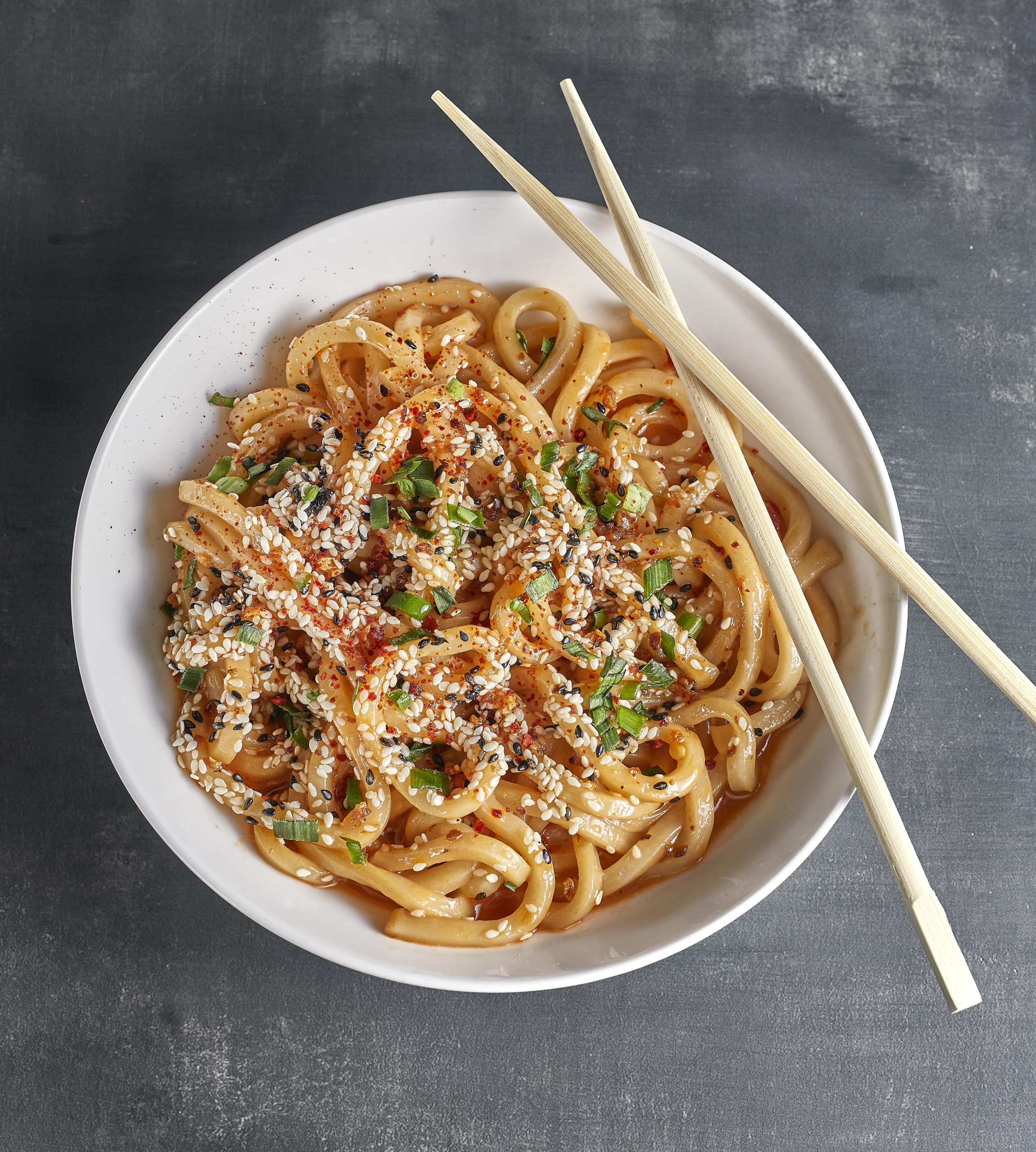 Open for lunch and dinner Mon. and Wed.–Fri. Open for dinner Sat. and Sun. Closed Tuesday.

Must get: Seaweed salad, any small plate, all the sushi. 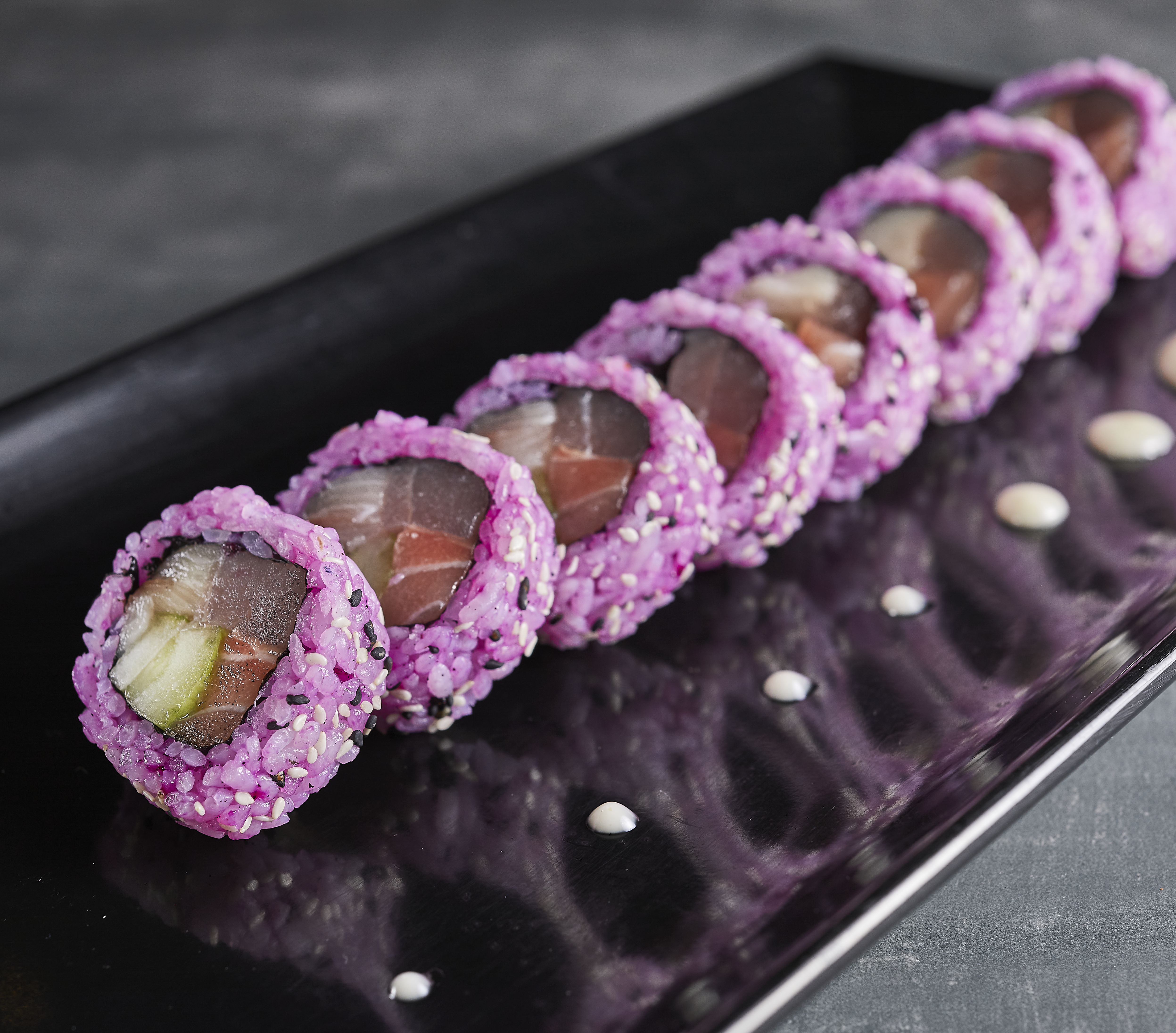