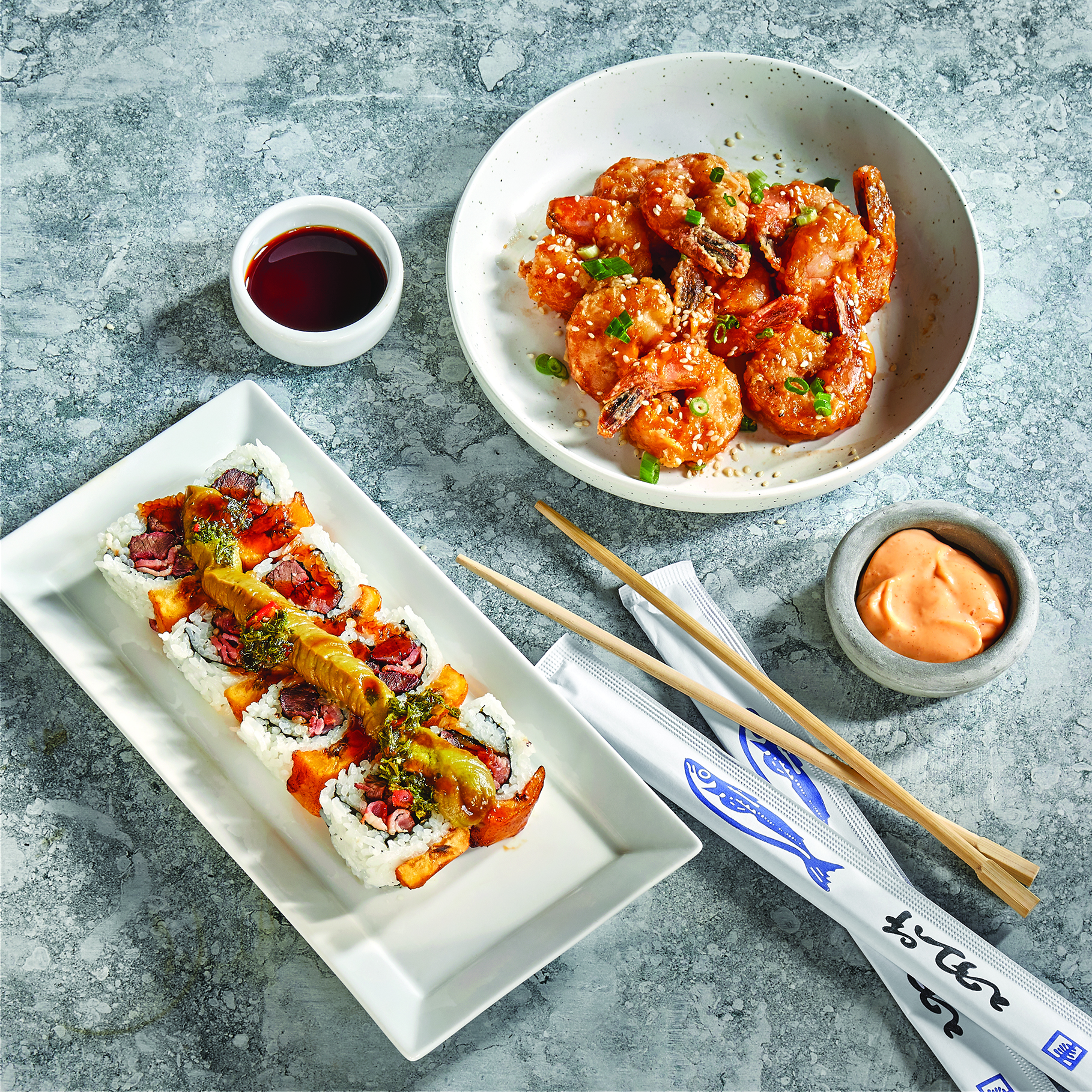 There is nothing quiet about Chef Mitsuhisa Nishio who — covered in a canvas of tattoos, documented daily on social media, and represented by his ninja mascot wielding a plantain — has recently cemented his presence in Providence. Japanese by birth and raised in the Dominican Republic, Nishio opened El Ninja as a testament to cross-cultural cuisine. The restaurant is a sprawling space on Broad Street that makes its home among Latin and South American options and the Bomes Theatre — all tied together in a spirit of revelry.  Music is loud at El Ninja with a floor expansive enough to conjure a club with a bass-heavy track of Lil Jon, DJ Snake and the occasional Kanye overhead. Nothing is offered in a whisper here — and that includes the food.

If Elgheryany is expanding the inventory of Japanese ingredients, Nishio has designed a full throttle collision of Far Eastern and Latin American cuisine. The congruence in this menu is between the cool, minimal nature of sushi and the rich, dense qualities of Dominican food. The two seem entirely incompatible but Nishio proves it’s a strangely symbiotic marriage. No doubt sushi has an element of nuanced drama about it: Rice and fish take on new dimensions when they arrive on massive boats, lush with ruby tuna and coral-colored salmon. El Ninja, however, presents a different sort of theater: Japanese cuisine becomes the foundation on which Puerto Rican, Dominican and Colombian food perform. Tekka maki, blanketed in a tropical combination of jalapeno, avocado and mango, is one step beyond ($15); shrimp tempura maki sitting under a tower of plantains, avocado and ropa vieja ($16) is a different dimension altogether. No doubt there’s a shock factor to the combination but if the stewed and complex flavors of Latin America innately pair with anything, it’s rice. Kismet that Nishio’s heritage would fall right along these lines? Perhaps. But it’s a social transliteration that’s readily accessible to all, particularly those in the mood for a party.

Tables tend to fill up after 8 p.m. in this industrial space, accented with red and black. It’s no surprise that bars sit at the center of the restaurant — sushi on one side, liquor on the other. Cocktails are as fruit-forward as the menu, many spiked with passion fruit and mango and all poured strong enough to call an Uber. But, if the aesthetic is Asian, the backbone of El Ninja really does lie with the warm sun and vivid traditions of Latin food. Plantains are everywhere on the menu — both savory and sweet — as well as stewed meats, avocado, fried pork belly and Dominican sausage constructed into spires of edible history. Perhaps the wonder is only that it took so long to figure out that these disparate cuisines overlap in a number of ways. For Nishio, it’s not a lesson learned; it’s a lesson lived.