“What Problem?” Explores Race and Belonging 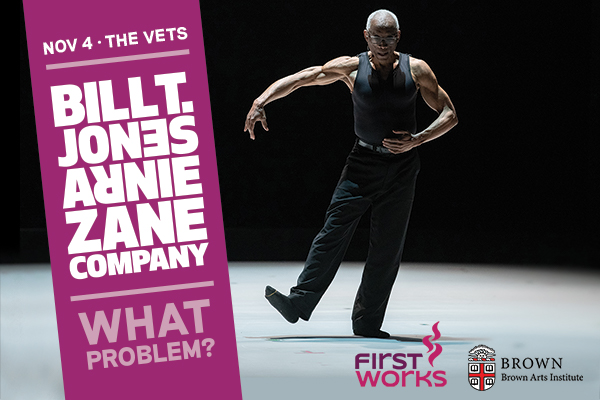 The Bill T. Jones/Arnie Zane Company has been exploring issues concerning identity through dance and movement for four decades. Photo courtesy of FirstWorks.

The Nov. 4 show is presented by Bill T. Jones/Arnie Zane Company and co-hosted by FirstWorks and Brown Arts Institute at Brown University. It starts at 7:30 p.m. at the Vets, 1 Avenue of the Arts, Providence.

“What Problem?” demonstrates the tension felt between community and feelings of isolation, experienced by many people in these political and divisive times. Serving as the foundation for spoken text that Jones presents on stage, Dr. Martin Luther King Jr.’s “I Have a Dream” speech and Herman Melville’s “Moby Dick” is revitalized through spoken word, dance and deep-rooted community collaboration. Jones reflects on King’s impactful phrase, “We shall overcome,” along with the first three words in the American Constitution, “We the people.”

With each touring location, Bill T. Jones/Arnie Zane Company develops content for “What Problem?” with local community members, resulting in performances that bring home the themes and messages of community to that specific host city.