Presented by FirstWorks, the two musical groups blend their music styles together to create heartwarming melodies. 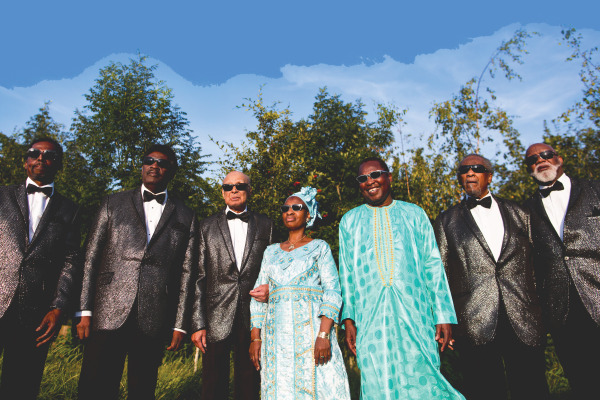 Listen to heartfelt gospel music and electrifying Afro-pop with supergroup Amadou and Mariam and the Blind Boys of Alabama. Photograph by Neil Thomson.

Transport yourself to Bamako, Mali, and Birmingham, Alabama, for one night with Malian music ambassadors Amadou and Mariam and five-time Grammy Award winners the Blind Boys of Alabama.

The two legendary groups together take to the Vets stage April 27 at 7:30 p.m., fusing heartfelt gospel tunes and electrifying Afro-pop to create sounds that transcend cultures and musical styles.

The event is hosted by FirstWorks, the Providence-based nonprofit organization dedicated to bringing unique art experiences and world-class performances to diverse audiences for both entertainment and educational purposes.

The nonprofit is thrilled to return to the Vets auditorium this spring and, during the performance, audience members will get to learn about and listen to the supergroup’s inspiring music and life story.

“What these two acts have in common – besides their storied careers and enormous fan bases – is that they are blind,” Pletcher says. “Rather than have sight impairment be a barrier – blindness has graced each of these musicians with strength and courage, and the ability to inspire others.”