From the Apex Building in Pawtucket to the Windswept Estate in Narragansett, a filmmaker captures Rhode Island's forgotten icons in an online video series. 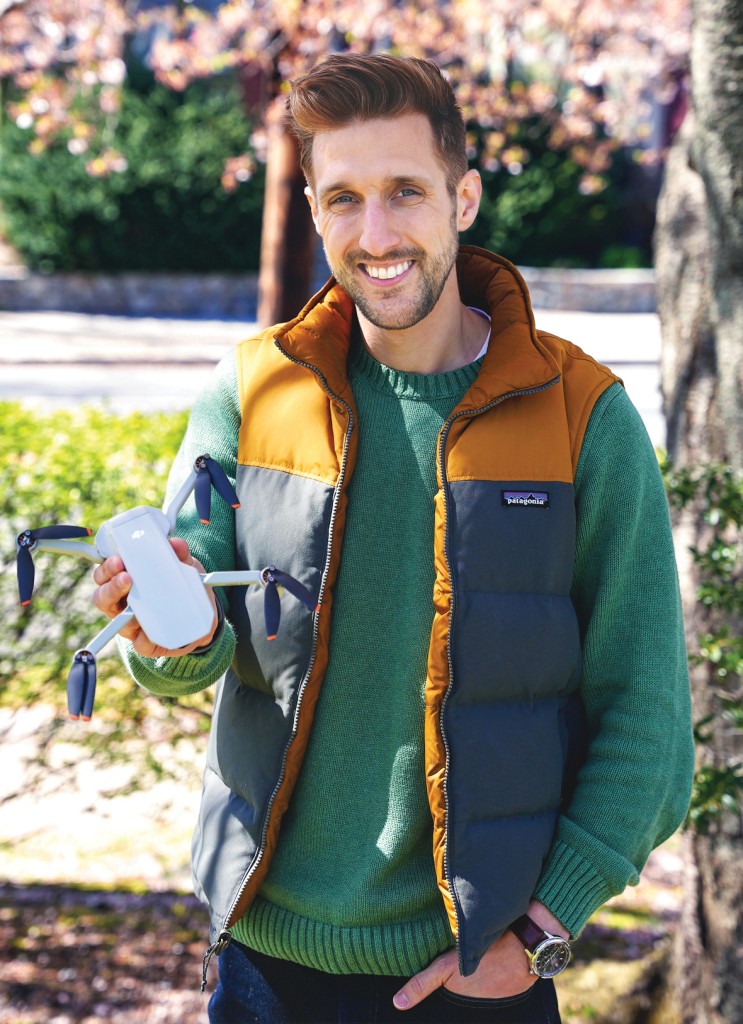 Where others see neglect, Jason Allard sees art. The Providence-based filmmaker uses drone and traditional video footage to capture scenes of Rhode Island’s most iconic abandoned spaces and features them on his YouTube documentary series, “Abandoned from Above.”

“There are a lot of places that people are familiar with, but might not know the full story,” he says.

Among the tales of forgotten ghost towns and unpaid debts are stories of roadside attractions heavy with summer memories and once-vibrant businesses that stand as monuments to another time. The Woonsocket native first became interested in filmmaking at the age of thirteen when his parents bought him an 8mm camera. Though he studied psychology at the University of Rhode Island, his interest in urban exploration soon found him scoping out spots like the former Ladd School in Exeter and Providence’s Crook Point Bascule Bridge (the “stuck-up” abandoned bridge on the Seekonk River).

In 2013, he had his first break as a documentary filmmaker with the release of My Old School, a behind-the-scenes look at the former Woonsocket Middle School, which had closed four years earlier. The film, which premiered on Rhode Island PBS, gained a foothold with audiences and inspired him to explore more of the state’s abandoned spots.

“My hope with these films is to bring more awareness to these places and hopefully push redevelopment along or at least preservation in some way,” he says.

For some of the properties featured in the series, such as Providence’s Superman Building, the future looks promising as new redevelopment plans come to light. For others, like the former Windswept Estate just north of Scarborough State Beach, Allard’s videos are a snapshot in time of a place that will never flourish again.

“They’re pretty much time capsules when you visit them,” he says. “A lot of them are stuck in time.” 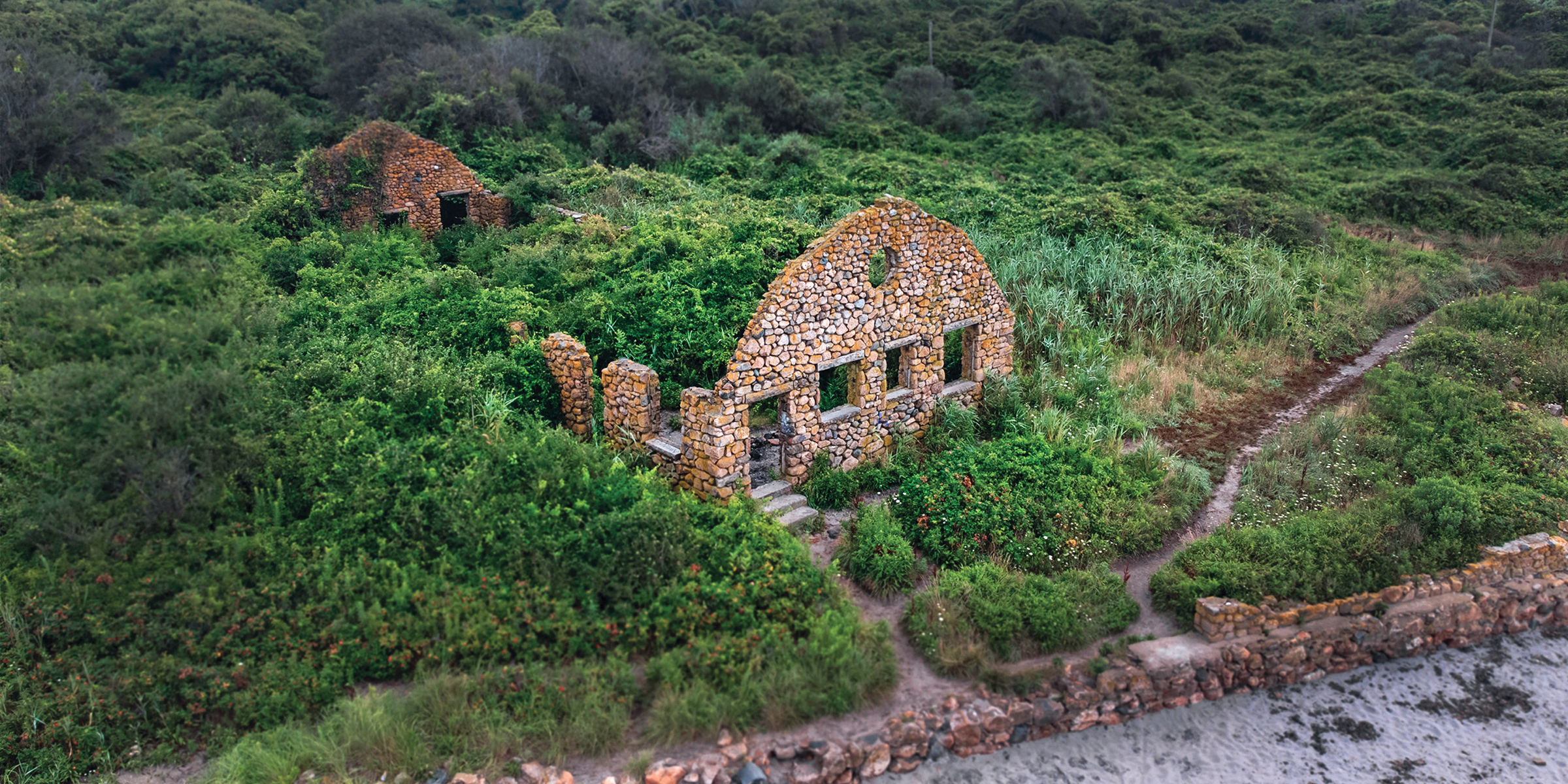 Known to some as the “Pain Killer house,” this iconic property on the north end of Scarborough State Beach was built in 1895 for the Davis family, who made their fortune marketing a potent mix of opium and alcohol as a remedy for chronic pain. After several changes in ownership, the property fell into disrepair and was eventually sold to the Department of Environmental Management. “Like most abandoned places, it burned to the ground, but what’s left is the remains of the carriage house on Scarborough Beach,”
Allard says. 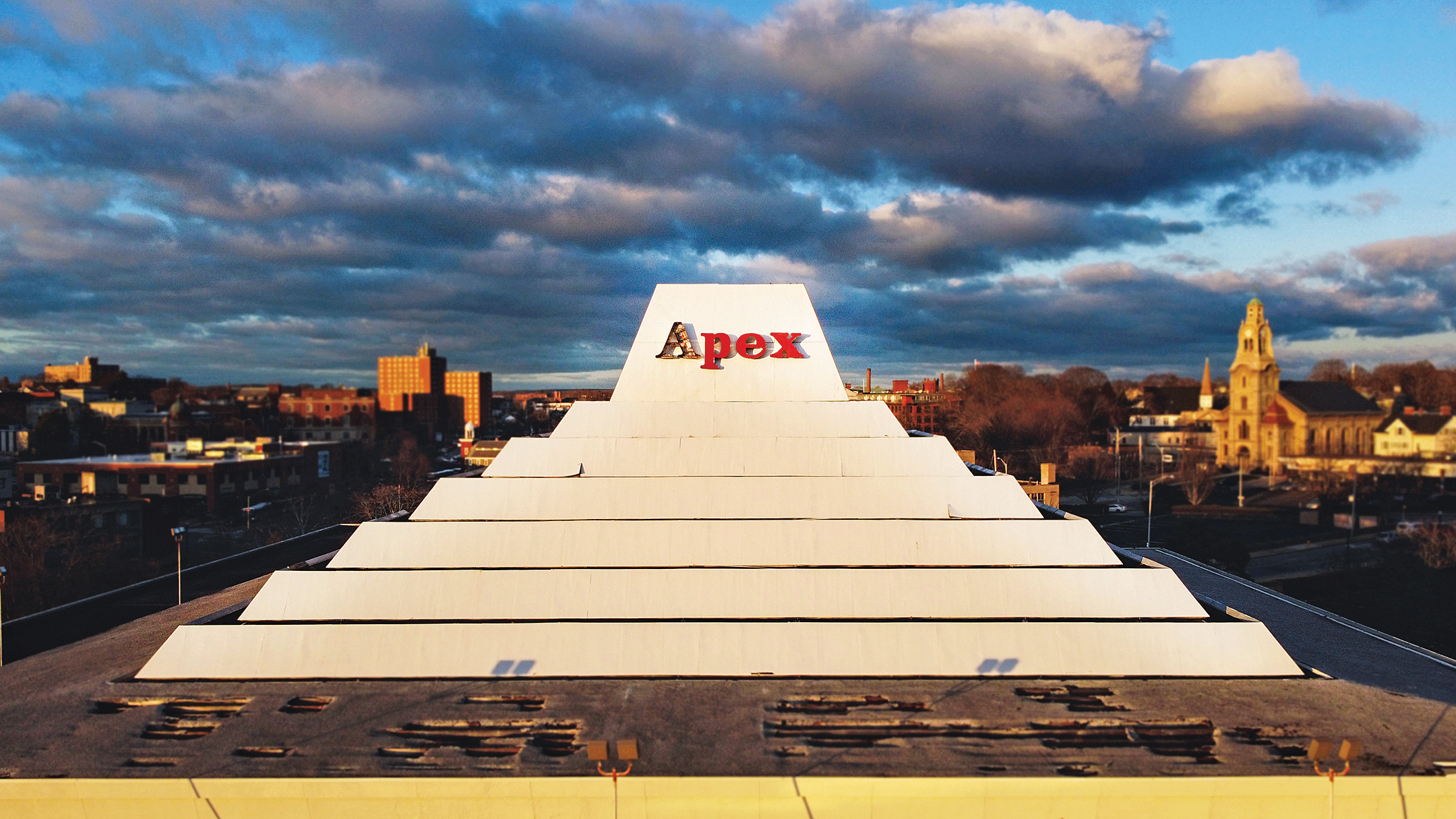 Once a thriving department store, Pawtucket’s iconic, pyramid-like structure just off Route 95 was designed by Andrew Geller, an architect better known for his whimsical home designs. “He was called the architect of happiness, so he had all these strange designs. He originally designed beach houses that looked like spaceships,” Allard says. Though not officially abandoned — the company still operated there in a limited capacity as of May — the site is due for a new look after it was purchased by the Pawtucket Redevelopment Agency last year. “If you look at it, it’s basically the largest billboard in the state,” Allard says. 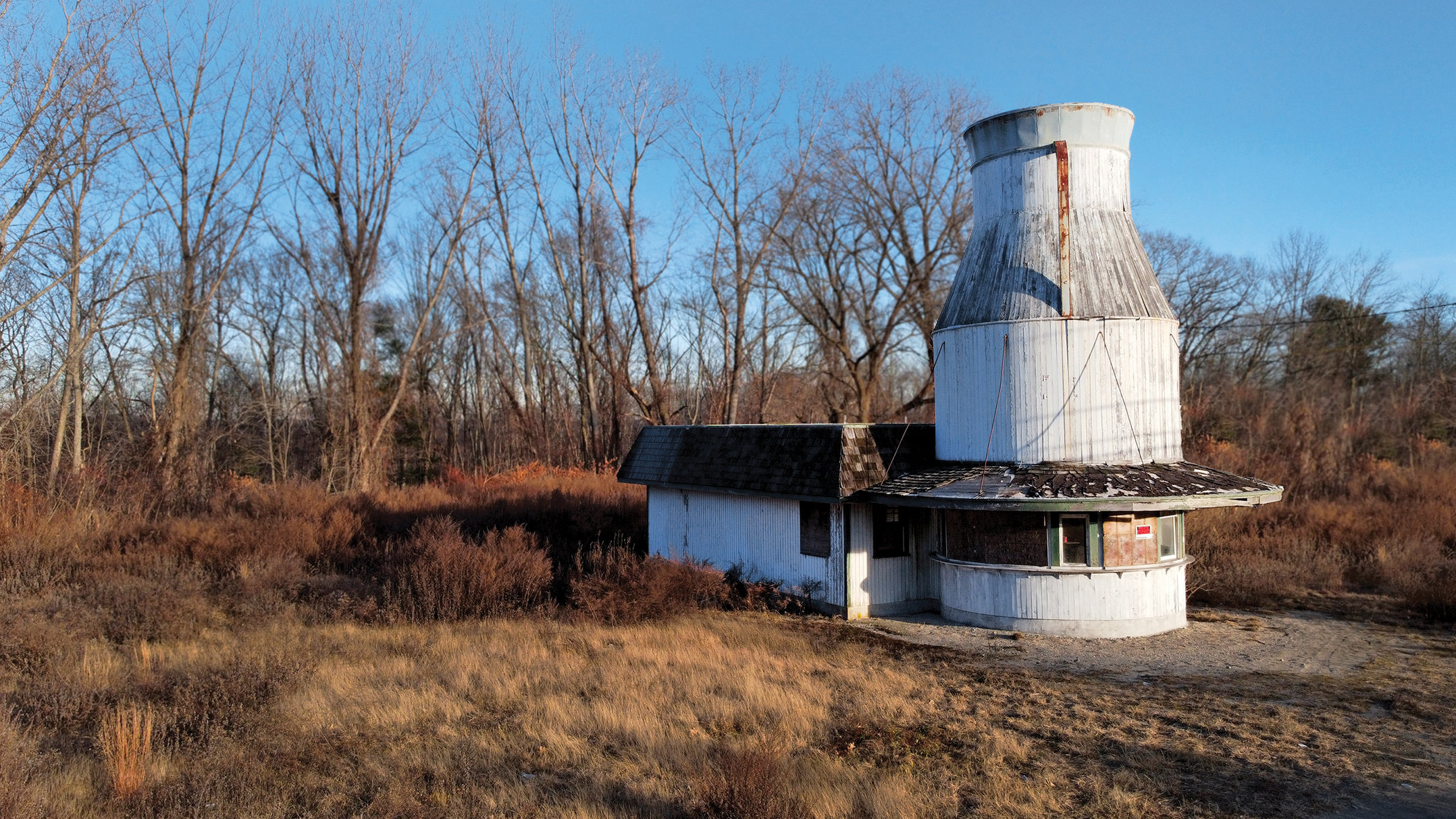 The Milk Can, noticeable to anyone driving in North Smithfield on Route 146, is a relic of a time when roadside food stands (and their wacky ways of catching the attention of passersby) were an important element of America’s newly discovered driving culture. As noted in his video, the former creamery was originally located about a mile down the road in Lincoln, but later relocated to accommodate a new highway. 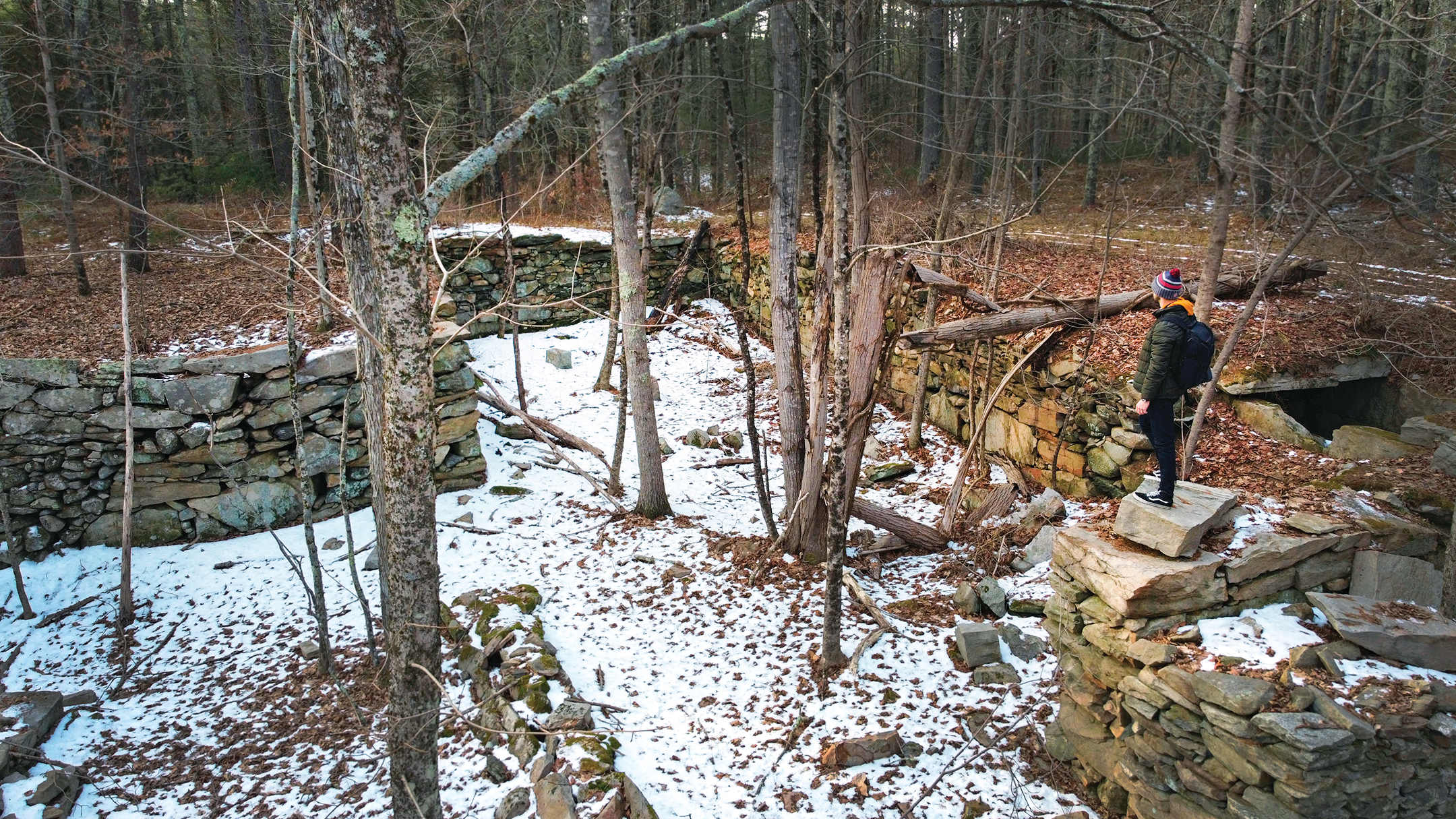 Hidden inside the woods of Foster are the ruins of the Ram Tail Factory, once the home of the Foster Woolen Manufacturing Company. In 1822, Peleg Walker, one of the business’s partners, was found dead on the factory floor in the midst of personal financial straits. His ghost was later said to cause odd disturbances in the factory, making the ruins a site of interest for historians and paranormal investigators alike. “In the 1880s state census, it was designated as haunted, making it the only place in New England, as far as I can tell, officially designated in a census as haunted,” Allard says.