Once extinct within our borders, the Eastern wild turkey is now thriving throughout the state. 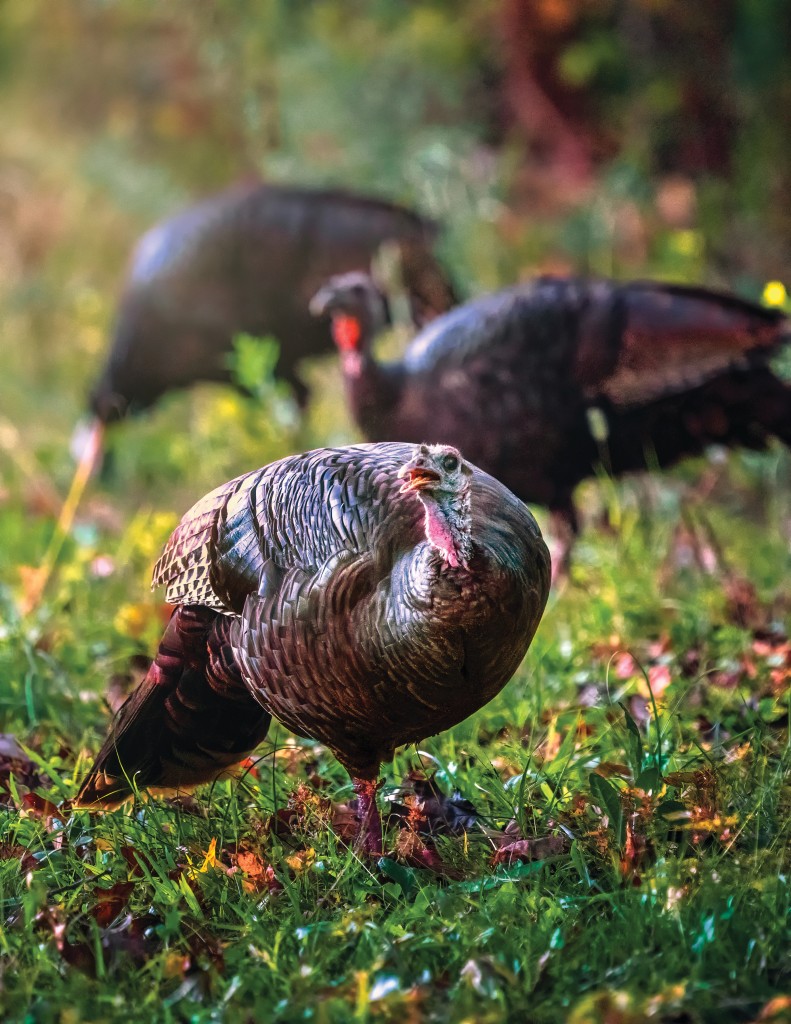 It’s a comeback story for the ages. Once extinct within Rhode Island’s borders, the Eastern wild turkey is now thriving in the state’s woods and pastures after it was reintroduced in the 1980s. For thousands of years, wild turkeys and Native Americans coexisted in New England before European settlers decimated the bird’s numbers through overhunting and deforestation. In 1980, scientists relocated a flock of turkeys from Connecticut to Exeter, the start of an effort to reseed the state’s wild turkey population. “There were certain states that had isolated populations that were doing really well, and some of them were able to be trapped and transported to other states that were looking for turkeys,” says David Kalb, supervising wildlife biologist with the Rhode Island Department of Environmental Management’s Division of Fish and Wildlife. For some, the comeback has been too successful — encounters between turkeys and city-dwellers have grown contentious, with some towns attempting to drive the fowl instigators from their midst. But Kalb notes turkeys are an important part of the Rhode Island ecosystem, one that, like other wildlife, is best enjoyed from a distance. “Each species has a niche in the environment that is not completely filled by any other species, so having the native large land bird available in the state is a great thing to see,” he says.