What’s With the Poles in Warren?

Spoiler: They are part of a local artistic environmental exhibit created to warn Rhode Islanders of rising sea levels. 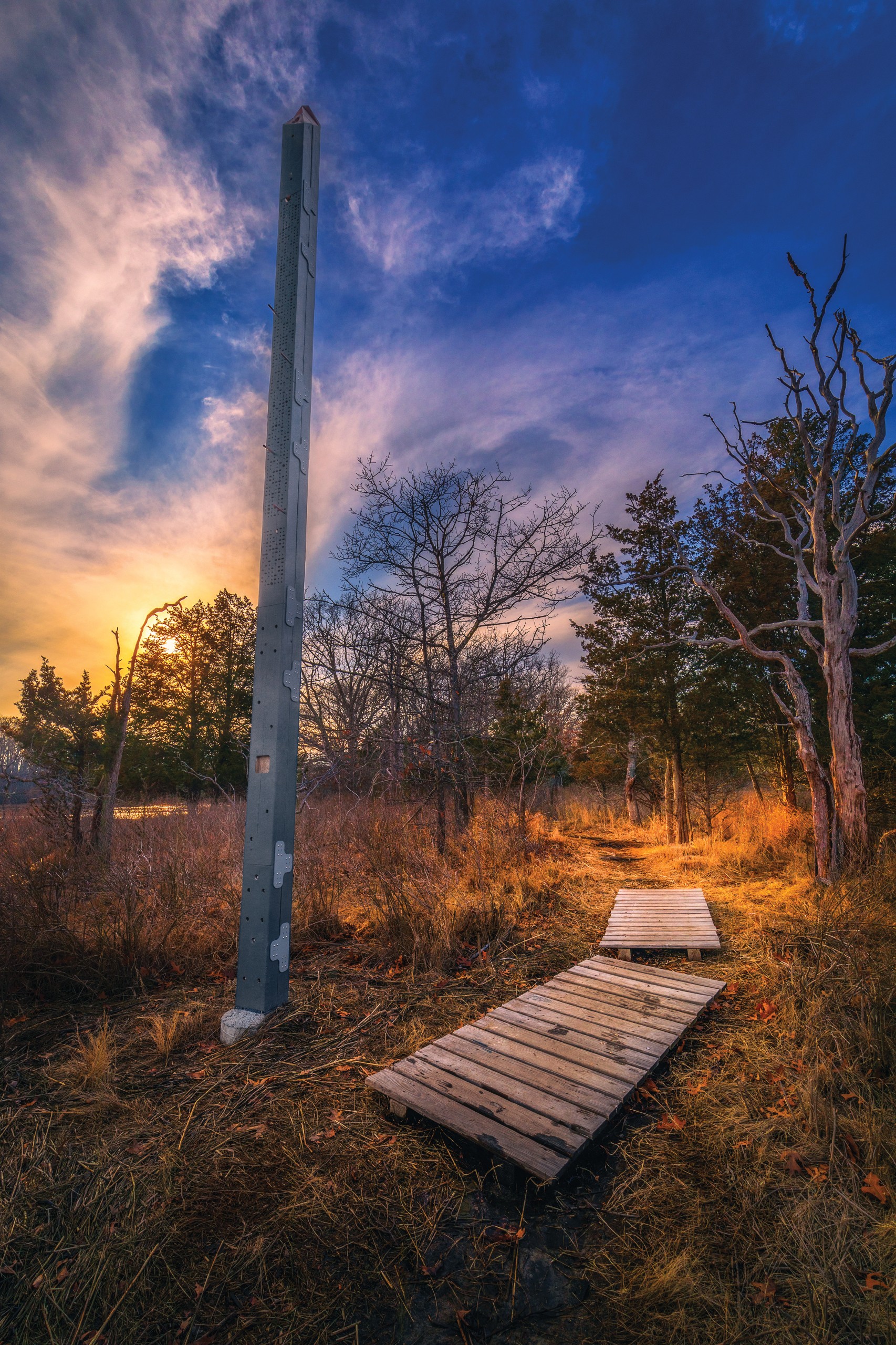 A group of Cub Scouts examines a wooden pier at one of five locations along the coastal trails of the Touisset Marsh Wildlife Refuge in Warren. “Look, there’s a spider,” says one scout, pointing to a web-like mass spun into one of the chiseled Morse-code divots carved into the pier. The twenty-foot pole-like structure is part of an artistic environmental exhibit designed by Leonard Yui, associate professor of architecture at Roger Williams University, and facilitated by Audubon Society of Rhode Island’s senior director of conservation Scott Ruhren. The piers are also included in the exhibition “Rising Seas: Envisioning the Future Ocean State” taking place at Imago Gallery in Warren from April 21–May 29. A team of RWU architecture students and Audubon staff installed the piers that are each inscribed with Morse code containing passages from environmentalists. The messages translate to warnings about future sea level rise, and the poles demonstrate predicted flooding from storm events for the years 2050 and 2100. “I wanted to connect wanderers to a renewed understanding of nature — one that experientially relates the challenges of habitat change and sea level rise as well as to share how humans can directly intervene, like this so-called ‘architecture,’ to find common ground with our wild world,” Yui says. The structures, made from repurposed native Eastern white pine sourced from a local mill, are embedded with perches and holes to encourage habitat integration for birds and insects, including the spider creeping in a crevice.