401Gives will benefit nearly 400 Rhode Island nonprofits, who will share their stories and collect donations.

During this emotional and stressful time, it is more important than ever to support local nonprofit organizations. Support is needed for the important work happening throughout Rhode Island’s nonprofit community. United Way of Rhode Island will be launching 401Gives this Wednesday, April 1. 401Gives will benefit nearly 400 Rhode Island nonprofits, who will share their stories and collect donations through GiveGab, a secure fundraising platform.

Conducted entirely using a unified online platform and social media, UWRI plans to raise $1 million for nonprofits and in support of a wide range of causes. Throughout the day, the total of donations received will be updated on the 401Gives website.

401Gives is being supported by some of the state’s leading businesses, such as Blue Cross and Blue Shield of RI and FM Global. The Rhode Island Foundation has committed to match the first $50,000 raised on April 1. The day will also feature an additional $40,000 available to nonprofits through random prize drawings.

“When we first had the vision to create 401Gives, none of us could have imagined today’s reality. But on April 1, we all have an opportunity to make a gift and make a difference. Every organization in our state has been affected by the current health crisis and needs help to support the strain on their operations and delivery of services,” says Cortney Nicolato, president and CEO of United Way Rhode Island..

UWRI has made GiveGab available to participating nonprofits for April 1 and for the coming year to help these organizations make the most of the 401Gives campaign. For more information about 401Gives, visit the website or email 401gives@uwri.org.

Can You Sew? Make Face Masks for Local Hospitals with Sew Hope SNE

Shopping Angels Offer Free Grocery Delivery to Those in Need

How to Help Rhode Island Restaurants With Relief

Hocus Pocus Sequel in the Works Throughout Parts of Rhode Island

Aguardente Restaurant Shares the Owners' Immigration Stories from Portugal, the Azores and Guatemala 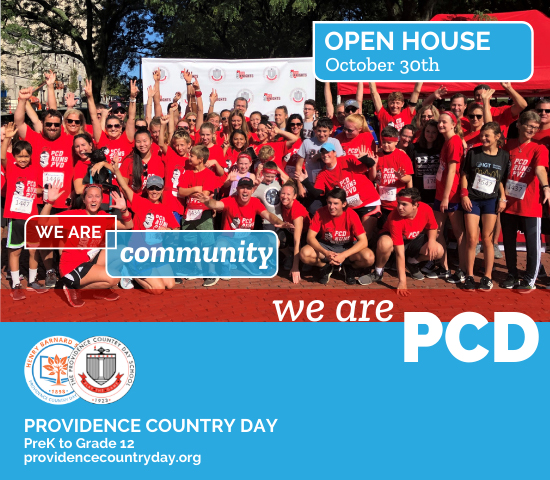