Turn On the Tap at Tomorrow’s FirstWorks Outdoor Concert Series

Tap dancer and performer Orlando Hernández will move to the sounds of jazz saxophonist Leland Baker at Roger Williams Park. 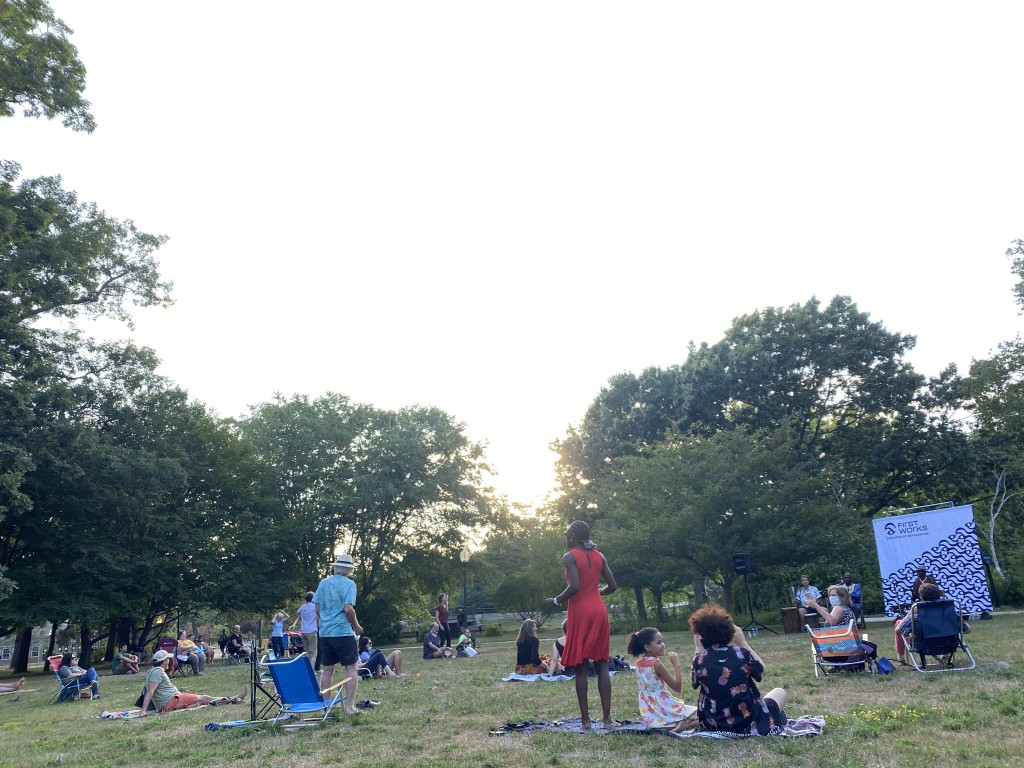 This Thursday, Aug. 12 at 6:30 p.m., “Turn on the Tap” with tap dancer and performer Orlando Hernández, as he moves to the sounds of jazz saxophonist Leland Baker. The outdoor concert series takes place at the Roger Williams Park Dalrymple Boathouse Lawn, and is co-presented by FirstWorks and Roger Williams Park Conservancy.

Hernández is known for his interdisciplinary dance performances which bring together a variety of styles of sounds such as theater, percussion and improvisation. He is often found performing throughout the state at different venues and events such as the Motion State Dance Festival at the WaterFire Arts Center in Providence or the Annual Provincetown Dance Festival. Hernández has also participated in dance festivals throughout New England and was showcased in New York City, Canada and Puerto Rico. He is also a teaching artist for Trinity Rep and Rhode Island Latino Arts.

Leland Baker is a jazz saxophonist and music educator who honed his craft in New Orleans and New York City and earned his Master’s degree in Music Performance at the University of Rhode Island. While living in New York City, Leland studied with artists including Lawrence Clark, Kahlil Bell, Tim Green, and Roy Hargrove to name a few.

The concert is free and will be held at the Roger Williams Park Dalrymple Boathouse Lawn at 1000 Elmwood Ave., Providence. It features two sets at 6:30 p.m. and 7:15 p.m. Attendees are encouraged to bring their own blankets or lawn chairs and are required to wear a mask.