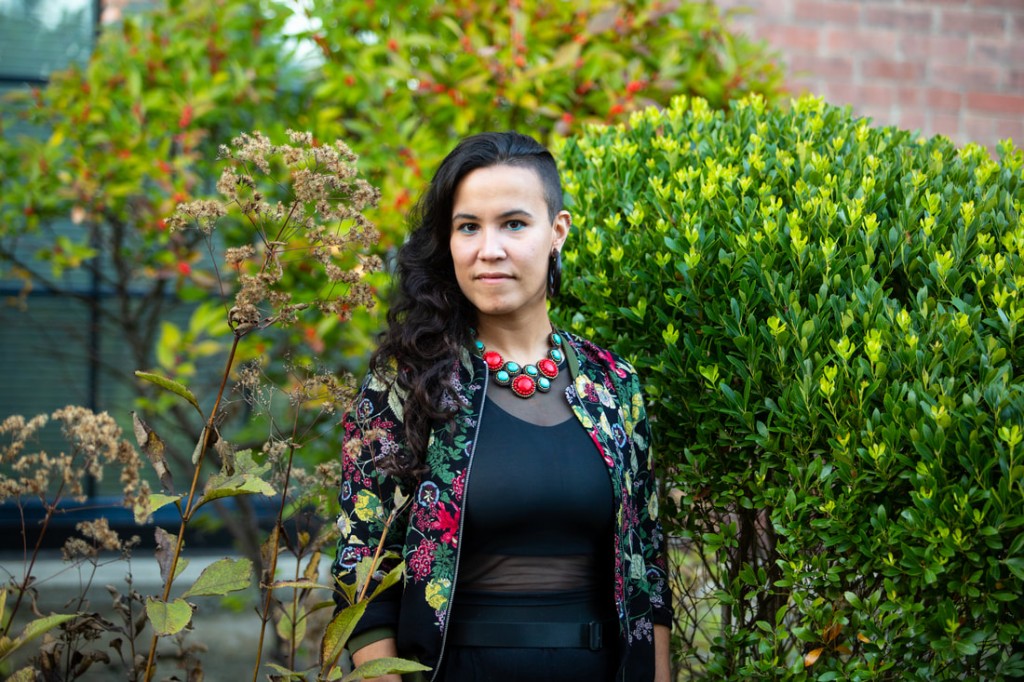 The Wilbury Theatre Group and WaterFire Providence are teaming up once again for an outdoor performance series called Fire Flowers and a Time Machine (Flores de Fuega y una Machina del Tiempo) at the WaterFire Arts Center and the American Locomotive Works campus. The production, running Thursday, Friday and Saturday evenings through October 24, is directed by the Wilbury Theatre Group’s artist in residence Shey Rivera Ríos, and it is performed in both Spanish and English.

Independent artist Shey Rivera Ríos, formerly of AS220, is known for producing Luna Loba (which means shewolf) over the last four years, which has highlighted the work of more than ninety artists over that time period. Fire Flowers spotlights more than fifteen of the artists in their show that features five stages and covers topics like immigration, ancestral inheritance and events happening during our current time.

The performance is different from Shey Rivera Ríos’ original pre-COVID idea, but they adapted it to the current circumstances. “I felt like so many things had happened this year, and we’re also approaching the election, and it really felt like it was important to gather the artists from Luna Loba for Fire Flowers to do creative work that focuses on healing or unearthing truth,” Shey Rivera Ríos says. “We all really need a moment to ground ourselves, to reflect, to feel joy in some way and to be together again. That’s how Fire Flowers was born.” 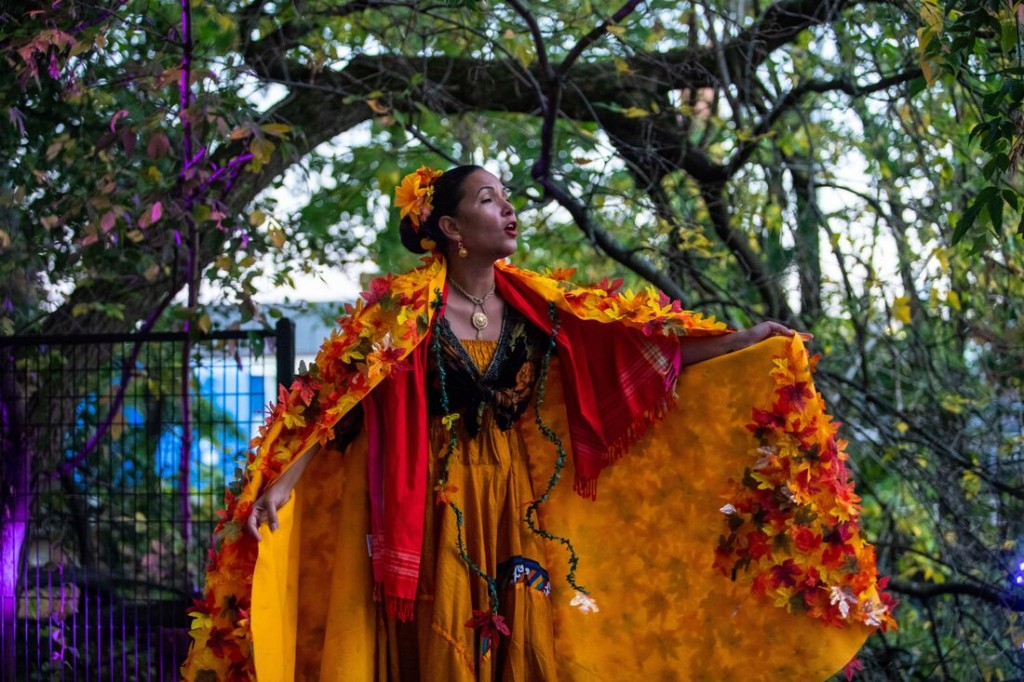 For the show, four small groups of guests will start separately (and socially distanced) at the Time Machine stage and listen to a narrated introduction, then travel to four different stages, similar to how the lauded Decameron performance operated. “In Decameron we saw that audiences were incredibly grateful for the opportunity to experience live theater again in the time of COVID,” says Wilbury Group Artistic Director Josh Short.

Audience members can expect to inherit important lessons from the show and carry them through life. “The idea is that audience members encounter these ancestors or descendants, or voices from the future, people or visions that will give them some kind of important message to move forward in our time,” Shey Rivera Ríos says.

The artist had worked on Luna Loba when they were going through a difficult time, and they hope that Fire Flowers will help heal audience members like art has done for them.

“We’re all tired and sad and depressed, and things have been so hard. If people want to have a little joy and some space to think about everything that’s happening and hear other voices, opinions and experiences, I think this is the right place,” Shey Rivera Ríos says. “The hope is that people who come to Fire Flowers will get a little energy and joy to keep moving forward, because we need to move forward…and it’s the hardest time to do so.” 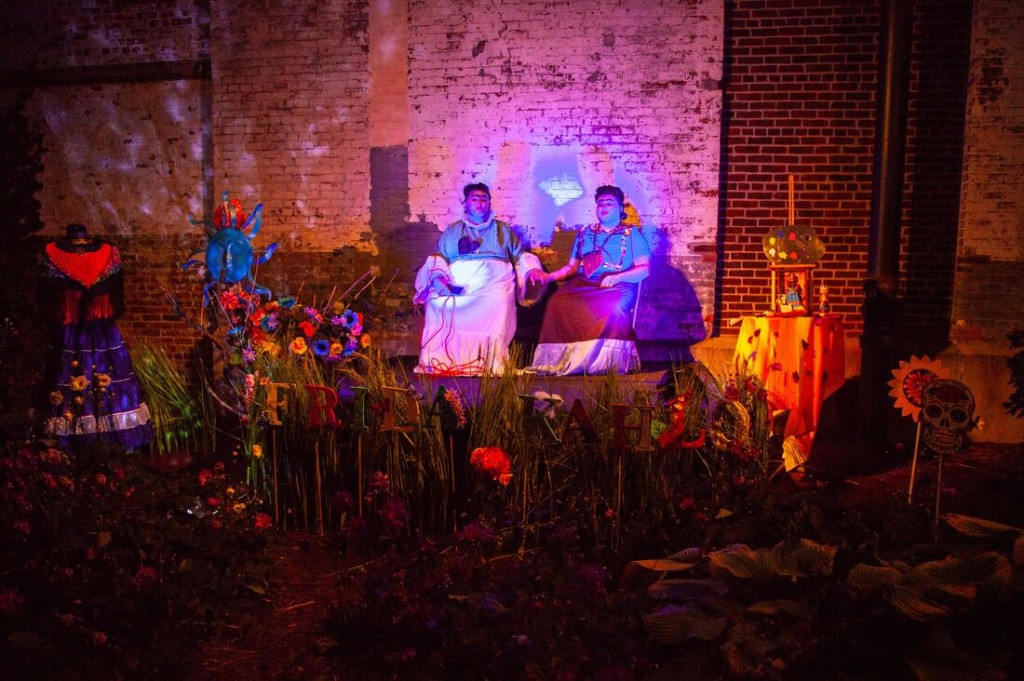 WaterFire has granted the production space and support, and Troop restaurant will be on-site serving cocktails and hot cider. Tickets for Fire Flowers and a Time Machine (Flores de Fuega y una Machina del Tiempo) are just $20. For more information about the production, visit thewilburygroup.org/fire-flowers.

See more photos from the production.