These local businesses inspire philanthropy in their employees.

We’re excited to once again be partnering with the Rhode Island Foundation in presenting the second annual Common Good Awards. This program recognizes Rhode Island businesses of all sizes that inspire philanthropy in their employees around the state, not by writing a check to a worthy cause, but by encouraging staff to go into the community and help. These companies also take it a step further, offering employees incentives including paid time off and donations to charity. The judges were impressed by the many different projects that were submitted for consideration: “The programs they have are rare,” said one. “The percentage of those employees involved is impressive,” said another. So congratulations to the companies recognized here, and a major vote of thanks to everyone who participated. Rhode Island is a better place because of your involvement. 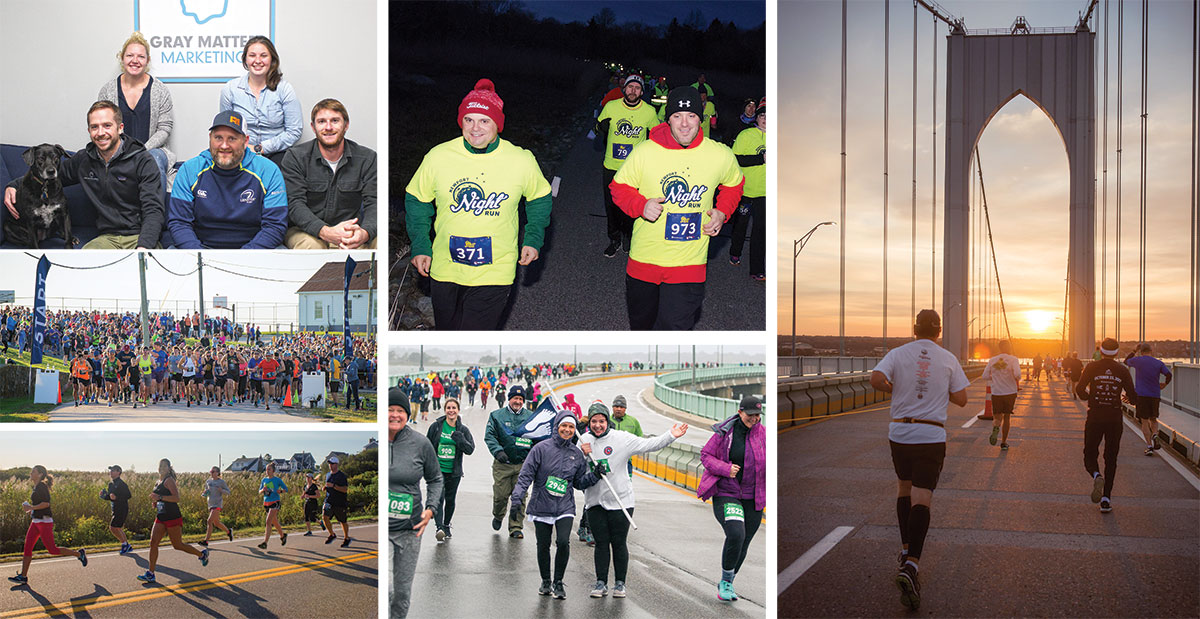 In just six years, Gray Matter Marketing has quickly built a reputation for well-organized philanthropic events, and hosts some fifteen a year. A portion of the proceeds from each is donated to nonprofits, and Gray Matter has raised money for dozens of local charitable organizations. If you like to jog or run, chances are you’ve participated in at least one of its successes: the Citizens Bank Pell Bridge Run; the Amica Newport Marathon; BankNewport’s 10 Miler; and for those who like to hoist a cold one, the nationwide Craft Brew Races and the Rhode Island Brew Fest.

In addition, the company’s five employees volunteer hours to a number of charities: Marketing manager, Clair Akin, is on the board of Child and Family Rhode Island; president, Matt Gray, is on the board of several organizations including the Dr. Martin Luther King Jr. Center; director of communications, Lisa McCurdy, is a volunteer coach during work hours with Girls on the Run Rhode Island; and the entire team has helped with local beach clean-ups. Gray Matter Marketing is especially excited about the GMM Marathon Challenge; staffers compete to see who can raise the most money for their chosen charity while running in the Newport Marathon. The judges hailed this micro company, applauding “a tiny company doing big things,” calling it “impressive” and remarking how helping the community is “infused in their corporate model.”