The Magic Behind Winter Solstice at Fort Wetherill

On December 21, 2020, Fort Wetherill State Park in Jamestown bore witness to a rare phenomenon known as the Christmas Star.

On Dec. 21, 2020, two pinpricks of light converged in the night sky over Fort Wetherill State Park in Jamestown in a rare phenomenon known as the Christmas star. The astronomical occurrence — some historians believe it was this sighting the Magi were said to pursue in the Bible — is a conjunction of Jupiter and Saturn, which, though millions of miles apart, appear to join together as they pass each other in the night sky. “We’re not going to see Jupiter and Saturn come that close again until March 2080. That was a very remarkable event,” says Scott MacNeill, director of Charlestown’s Frosty Drew Observatory and Science Center. The event coincided with the Northern Hemisphere’s winter solstice, when the Earth’s tilt away from the sun creates the longest night of the year. The following day, the nights begin to grow shorter until the summer solstice in June. “All the different religions tend to place their holidays around celestial events and astronomical events like the solstice,” says MacNeill, who marks the occasion by selecting a Yule log with his daughter. While this year’s solstice won’t portend any planetary alignments, MacNeill suggests taking advantage of the long night hours to gaze skyward, perhaps from one of the state’s observatories or ocean coves with wide-open views of the night sky. “It’s something that everyone on Earth experiences, and it’s a really great reason to get out and remind yourself what’s going on up there,” he says. 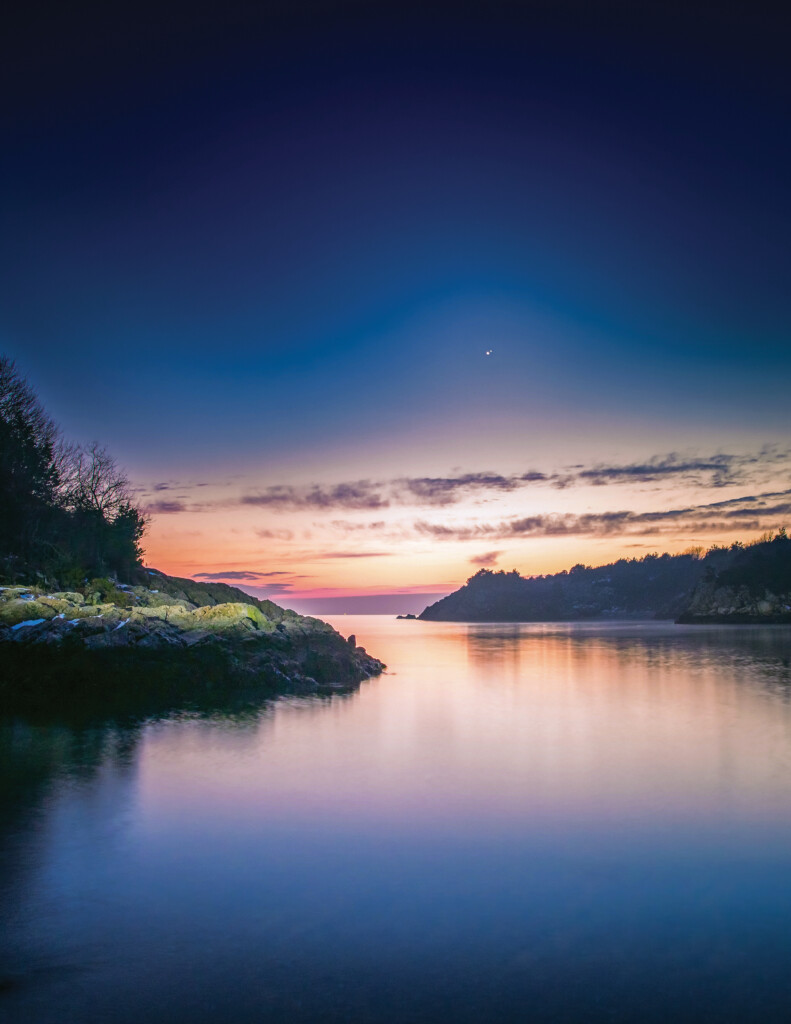