Everything you need to know about harvesting, cooking and eating the Ocean State's favorite clam. 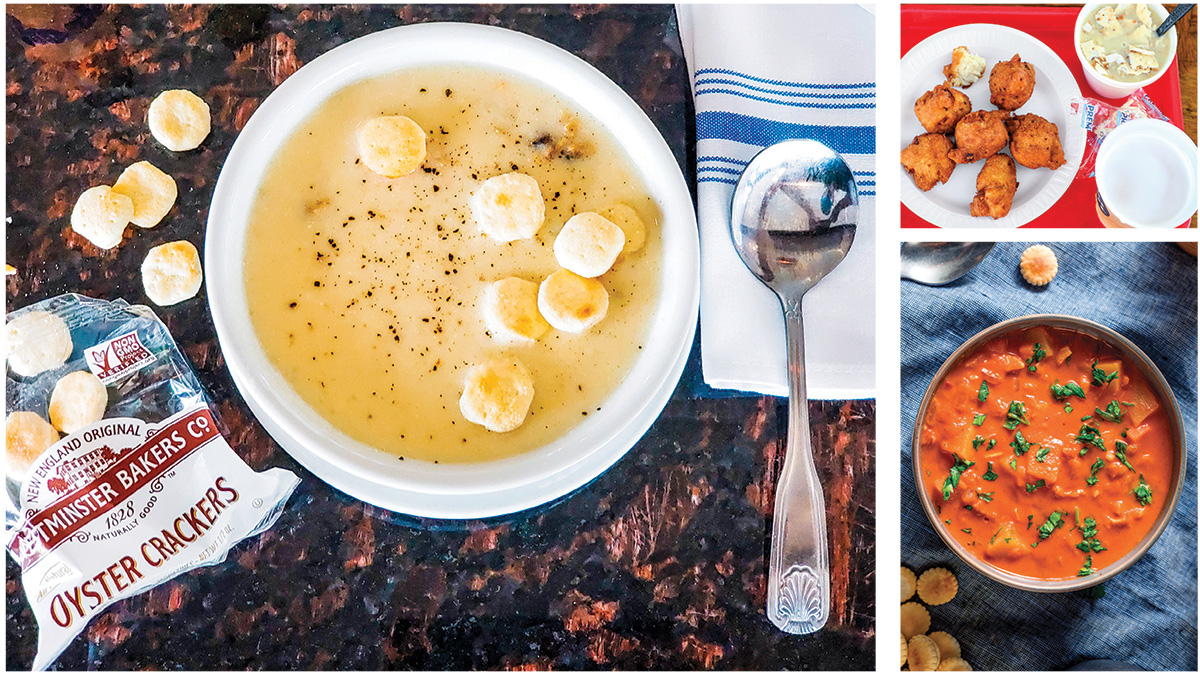 Here’s what you can expect when you chow down on the three most popular chowder types in the Northeast.
By Kaitlyn Murray

New England Clam Chowder
Color: White
Broth: Milk- or cream-based, rich and robust
Ingredients: Clams, potatoes, onions and, depending on who you ask, salt pork. Bonus: crushed oyster crackers for added thickness.
Origin: Although East Coast Native Americans had been longtime consumers of clams and French fishing villages were developing fish chowder recipes as early as the sixteenth century, the New England chowder we know and love today didn’t gain major traction until its addition to many Boston (and later Maine) menus in the early 1800s.
Fun Fact: This type is also sometimes referred to as Boston ‘Chowdah.’

RI-Style Clam Chowder
Color: Clear
Broth: Clam juice-based, thin and light
Ingredients: Quahogs, bacon or pork, onions, potatoes and butter.
Origin: Little Rhody, of course. More specifically, the roots of clear chowder — said to be one of the earliest forms of chowder — can be traced back to the state’s southern coast.
Fun Fact: There’s another similar, lesser known Rhode Island-born variation made with a tomato broth base (but no actual tomato bits like its Manhattan peer).

Manhattan Clam Chowder
Color: Red
Broth: Tomato paste-based with chunks of tomatoes for good measure
Ingredients: Clams and tomatoes plus an array of veggies like potatoes, onions, peppers, celery, carrots and/
or garlic for added flavor.
Origin: Little Rhody, believe it
or not. Many sources attribute its creation to Rhode Island’s Portuguese fishing communities who were known both for their traditional tomato-based stews and their frequent travels
to New York City’s Fulton Fish Market during the mid-1800s.
Fun Fact: The people of Maine were so outraged by the existence of Manhattan chowder that in 1936 officials tried to outlaw the usage of tomatoes in chowder altogether. Alas, their efforts proved unsuccessful.

Fun Fact: Quahogs are excellent filter feeders, meaning they use their two siphons to filter water through their shells and absorb plankton, bacteria and oxygen. A quahog can filter about twenty-five gallons of water a day.