Test Your Endurance at the 25-Hour Moby-Dick Marathon

The New Bedford Whaling Museum’s annual tradition draws thousands of 'Moby Dick' aficionados from around the country every year. 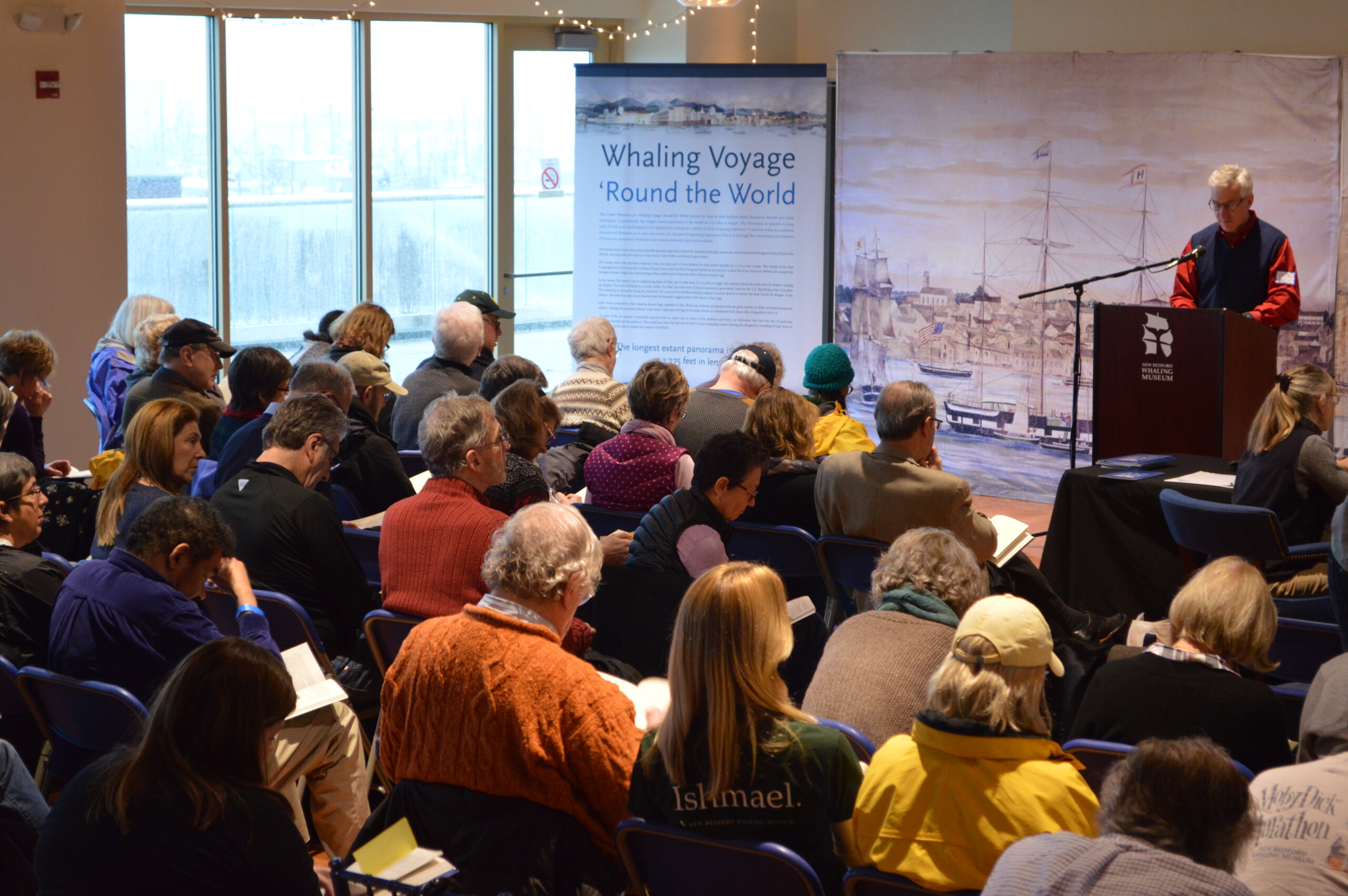 “Call me Ishmael.” So begins one of the most famous works of English literature — and the New Bedford Whaling Museum’s annual Moby-Dick Marathon, returning to the port city for the twenty-seventh time this Saturday and Sunday, Jan. 7-8.

Every year, thousands participate in the annual tradition, both in person and over a livestream that’s expected to draw 15,000 listeners in both English and Portuguese. This weekend marks the first time the event is held in person since January 2020.

“We will literally have people watching from all over the world,” says Amanda McMullen, who has served as president and CEO of the museum since 2018. “Even if you don’t understand Herman Melville, you can come and just listen to it. There’s something magical about having the story read out loud by all these folks.”

Among the readers is “Orange Is the New Black” actress Taylor Schilling, who will kick off the iconic opening lines at noon on Saturday (“high noon,” in Moby Dick speak). The reading continues through the night and is expected to end around 1 p.m. on Sunday. In total, 200 readers, pre-selected by a lottery, will participate in reading the more than 800 pages of Moby Dick over twenty-five hours.

So what is it about the event that continues to draw devotees from around the world? Perhaps it’s the novel’s universal themes of tragedy and human nature, which McMullen says are all the more relevant following the COVID-19 pandemic.

“It’s accessible to everyone. You don’t have to totally understand Moby Dick, because it’s a very complicated story,” she says.

Or maybe it’s the ties of the city itself to the iconic tale. While there are several Moby Dick marathons around the country, only New Bedford can claim to have served as a literal launching point for the author, who departed from the city on the whaling ship Achushnet on Jan. 3, 1841. The experience would go on to serve as a partial basis for the book. Melville even attended services across the street from the museum at the Seamen’s Bethel, where a portion of the reading will take place.

Whatever the reason for its appeal, McMullen says all are welcome to attend this weekend’s marathon, both the die-hard fans and those curious about the annual event. The museum will offer free admission Saturday and Sunday and host a series of events themed around the reading. These include a children’s scavenger hunt Saturday morning and “Stump the Scholars,” when the audience has the chance to grill the country’s best Melville scholars. There will also be an art exhibit by Aileen Callahan, “Moby Dick in Days of Pestilence and Chaos,” and a showing of the 1956 Moby Dick at the Zeiterion Performing Arts Center on Sunday afternoon.

“It’s a blast. People should definitely put it on their bucket list,” McMullen says.

The event is free, though McMullen warns the venue will likely be standing-room-only during the popular opening lines on Saturday. Quieter moments tend to occur throughout the evening and on Sunday morning, she says.

Inside the New Bedford Whaling Museum