Master falconer Jim Gwiazdzinski is the state's foremost expert on the centuries-old pastime.

To trained birds of prey, human beings are just “big refrigerators with legs,” says master falconer Jim Gwiazdzinski, the state’s foremost expert on the sport. Gwiazdzinski, of Westerly, says he’s trained about twenty birds of varying species to hunt on cue over the last two decades, including this stunning red-tailed hawk. This is his third season with the bird, which he trapped in South County using traditional falconry techniques passed down for millennia. “The red tail is like a pick-up truck: You get on the road and go,” says Gwiazdzinski, a modern-day Jack of all trades who daylights as a carpenter, has worked as a commercial fisherman and creates intricate fish illustrations under the moniker, 401 H20. Throughout their four-month hunting window, man and hawk prowl for small game in woodlots and fields across the state, the locations of which Gwiazdzinski holds close to the vest. If their bond is strong, Gwiazdzinski will keep the hawk for five or six years, then he’ll release it to the wild. Their relationship is built on a rewards-based system — the bird’s nutrition, like an athlete’s, is monitored to the ounce, enticing it to return after each hunt — so Gwiazdzinski doesn’t name it as he would a pet. But his twin daughters feel differently. They call him “Hunter.” 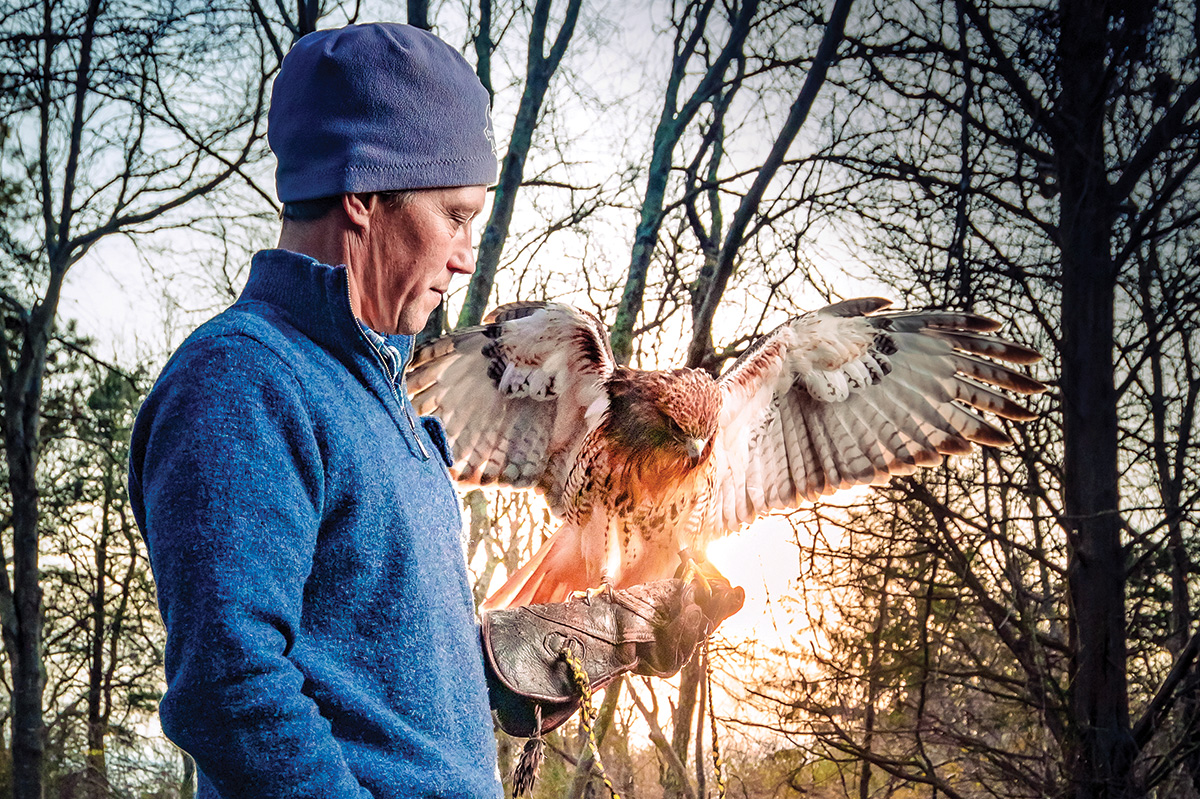