Witness the Beauty of WaterFire Up Close 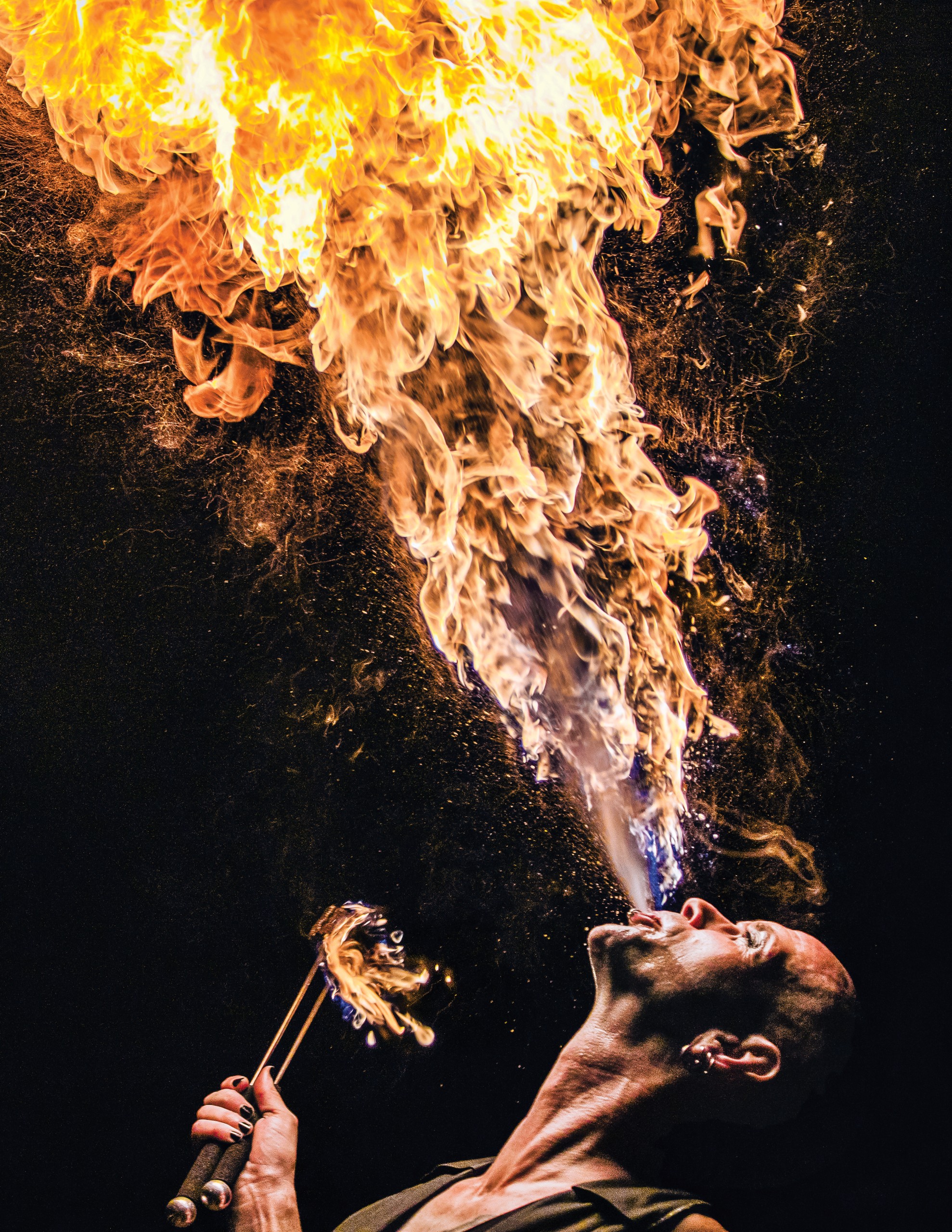 When Andrew Lindsay breathes fire, people pay attention. “You’re throwing up light and moving shadows and it draws the eye. It invites people to watch to see what’s going to happen,” he says. Lindsay, a former art student who performs under the name Andrew Insect, was working in a dental lab sculpting teeth when he discovered his passion for fire performance. Now he is one of several artists who perform regularly at WaterFire, where the light from his breath mingles with the flaming braziers floating atop the Woonasquatucket River. “There’s an elemental aspect to it,” he says. “I don’t mean in the fire-with-water sense — I mean in the nature sense. Because you’re outside 90 percent of the time. You’ve got the winds and the temperature. It’s an amount of fire that you don’t really encounter in other places, and it’s kind of doing its own thing.” Fire performers have been a part of WaterFire since the 1990s, when an artist named Spogga became the first to dazzle audiences in Waterplace Park. For Liz Knights, a performer and owner of Cirque de Light entertainment company who coordinates the event’s fire performances, WaterFire offers a platform for artists to share their craft with a new audience. “It’s a very sensory experience,” she says. “It’s very romantic, and it kind of feels like the perfect place for us to be.” Head here for more information about this summer’s WaterFire schedule.