The free concert series, complete with food trucks and an onsite bar, kicks off this weekend with the Nashville-based New Respects. 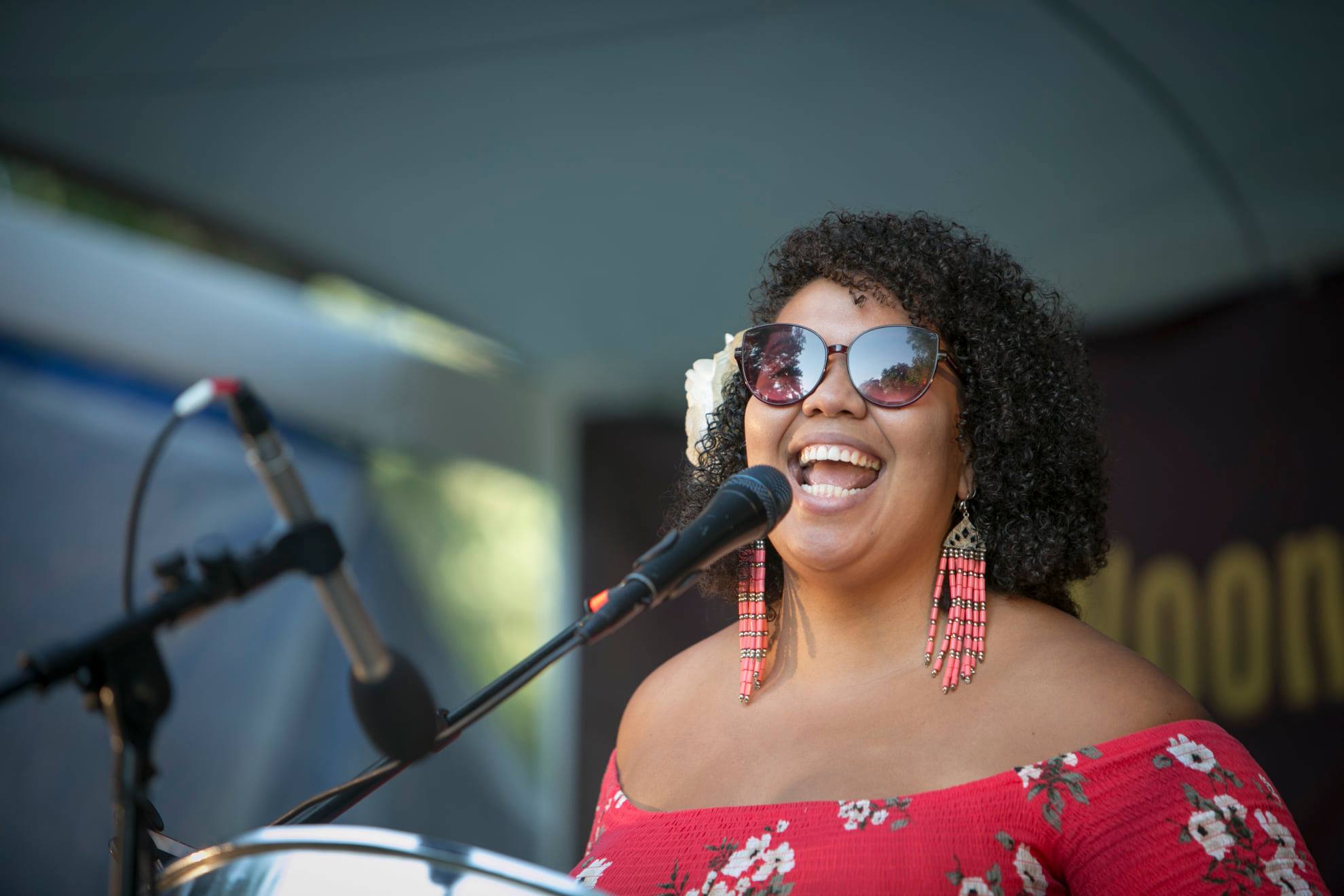 After the excitement of PVDFest’s return this past weekend, we wouldn’t blame you if you wanted to call it a week. There’s nothing quite like a three-day street festival complete with a Portuguese parade and two giant, dancing puppet hands to make you want to call out sick Monday morning and cue up your favorite shows.

But if you, like us, are itching for more free, live music, then the party continues up in Woonsocket this weekend with the opening of the Levitt AMP Woonsocket Music Series on Friday, June 17. The Nashville-based New Respects will be in town kicking off the outdoor concert series that continues every Friday night through August 19.

“We’re definitely looking forward to it. We have some new things coming this year. We have a craft vendor fair that’s running every week. Up to ten vendors will be part of the vendor fair and they’re all local crafters, so while people are there for the music, they can participate in that,” says Meghan Rego, director of resource development and communications for NeighborWorks Blackstone River Valley, which coordinates the series.

In 2018, the Mortimer and Mimi Levitt Foundation awarded the city a $25,000 grant to host an outdoor concert series intended to strengthen the local community. Since then, they’ve had concerts every summer except 2020, hosting nationally touring acts as well as local favorites like Sidy Maiga, Steve Smith and the Nakeds and Mark Cutler and the Men of Great Courage.

Kicking off this year’s series is the New Respects, a rock outfit that also incorporates elements of pop and soul. The Eastern Medicine Singers, a Rhode Island-based Algonquin drum group, will open with a drum circle encouraging audience participation.

Along with the music and craft vendors, attendees can also sample food trucks or grab a drink from the onsite bar offered by Ciro’s Tavern. This week’s food vendors include Bugg’d Outt BBQ and CUFFS Counter, which offers from-scratch chicken sandwiches and made-to-order, wood-fired pizzas.

“The only things you have to pay for are the bar and the food and everything else that’s going to be there is free,” Rego says.

This year, the show will also feature a new sound system thanks to a Take It Outside grant from the Rhode Island Commerce Corporation. Rego says they hope to purchase a new stage with additional grant funds next summer.

Other offerings this Friday include a sidewalk chalk competition between students at Beacon Charter High School for the Arts — guests can vote for their favorite — and pop-up cultural activities hosted by Geri’s Bluffing Boutique. The organization is also partnering with St. James Baptist Church and plans to kick off a Juneteenth celebration happening later this weekend.

For a little pre-party warmup, head up the road to Lops Brewing, where the local brewery will release a Mic Drop Pale Ale in collaboration with the concert series. 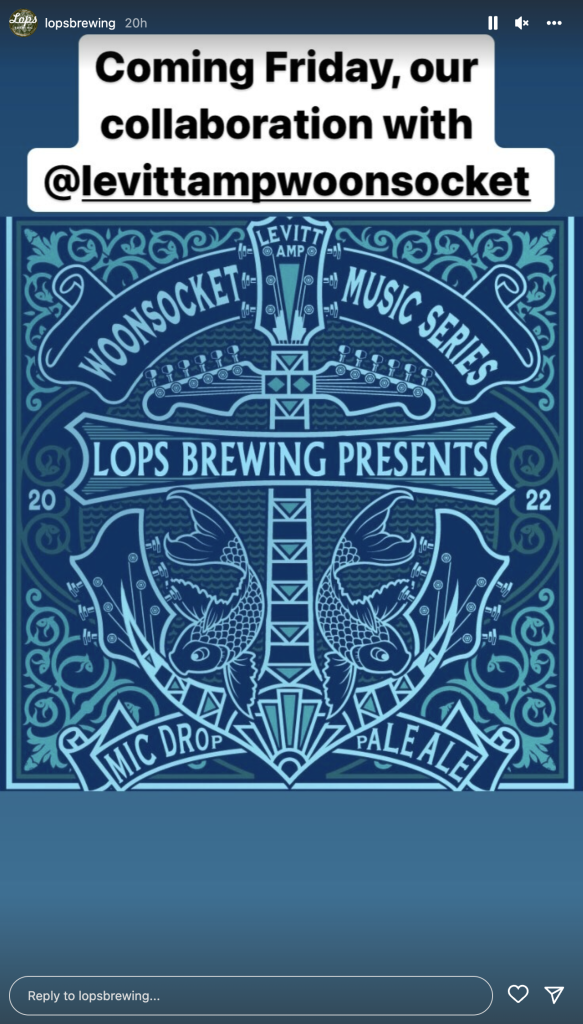 “Our mission is to create community through the power of free, live music and to support our local businesses,” Rego says.

“I can’t wait to bring people out,” she adds. “It has been a long winter, so we’re excited to have our parties all summer.”

Here’s the full lineup for the 2022 concert series. All concerts start at 6 p.m. at River Island Art Park with a headliner at 7:30 p.m.

• 6/17 – The New Respects (Rock/Soul): Nashville, TN-based, high energy, throwback rock and soul group. This act is known for bright, feel-good tracks stacked with lush harmonies and propulsive beats that get all ages up and dancing.

• 6/24 – Adam Ezra Group (Americana): Boston-based band formed around guitarist and singer Adam Ezra. Ezra, known for performing barefoot, focuses on community and the belief that making music together is itself a form of grassroots organizing, capable of nothing less than changing the world. Ezra tested this theory throughout the pandemic, live streaming for 500+ consecutive nights garnering over 15 million viewers world-wide. Adam had to cancel his 2021 performance at Levitt AMP Woonsocket to celebrate the birth of his daughter.

• 7/1 – Grace Pettis (Folk/Country): Austin, TX-based singer-songwrighter, Grace Pettis is the winner of many of the nation’s most prestigious songwriting contests, including NPR’s Mountain Stage New Song Contest. Daughter of a songwriter and poet, song-writing comes naturally to this esteemed artist with a powerful voice. In speaking about her most recent album “Working Woman,” Grace shares it “recognizes and honors the work that woman do in every space in our society. It’s about claiming our own power and place in the world. The record is about the work women do and valuing that work” (MPress Records).

• 7/8 – Steve Smith and the Naked Truth (Big Brass): Nothing says Rhode Island like Steve Smith and the Naked Truth. With an almost 50 year musical history in the state, and a well-earned position in the Rhode Island Music Hall of Fame, The Nakeds are returning for a fourth season on our Levitt stage. Though known for their covers, this show will feature their original songs. “The ten-man unit consists of a four-piece rhythm section, a five piece brass section, and it’s lead vocalist, Steve Smith.”

• 7/15 – Making Movies (Cumbia): These genre-busting troubadours bring an eclectic fusion of rock, cumbia, and spoken word to the stage. Known for their contagious Afro-Latin rhythms, socially-conscious messages, and heartfelt performances. Comprised of two pairs of brothers with Latin American roots, Making Movies delves into the beauty and complexity of multicultural heritage.

• 7/22 – Curley Taylor and the Zydeco Trouble (Zydeco/Blues): Hailing from the heart of Creole country, Louisiana, Curley’s soulful bluesy vocals and the band’s hard driving zydeco beat blend to create their unique style of zydeco and blues that keeps audiences dancing. According to Curley, “It’s always a party when Zydeco Trouble comes to town.”

• 8/5 – Gina Chavez (Pop): This multi-ethnic, Austin, TX native is a queer, Catholic, internationally-acclaimed Latinx pop artist who is redefining Latin music in Texas and beyond. A twelve-time Austin Music Award winner, including 2015 Musician of the Year and 2019 Best Female Vocals. With more than a million views on her NPR Tiny Desk and a twelve-country tour through Latin America, the Middle East and Central Asia as a cultural ambassador with the U.S. State Department.

• 8/12 – Wesli (Reggae): This Haitian-Canadian musician is most noted for winning the Juno Award for World Music Album of the year in 2019. Born troubadour and committed artist whose groove machine fuses afrobeat, reggae, and Haitian rara into an energetic and irresistible performance.

• 8/19 – Remember Jones (Pop): One of a kind soul/pop singer, storyteller and bandleader with a throwback vibe and authentic energy. His original music and creative, theatrical events have played into countless packed and sold-out clubs and theaters throughout the U.S.

7 Food Trucks to Check Out in Rhode Island

Three Outdoor Markets in Rhode Island Worth Checking Out this Summer