The Providence brewery is hosting a beach party event complete with Pride-themed beer, reggae music, drag performances and more on Saturday, June 18 from 1 to 6 p.m. 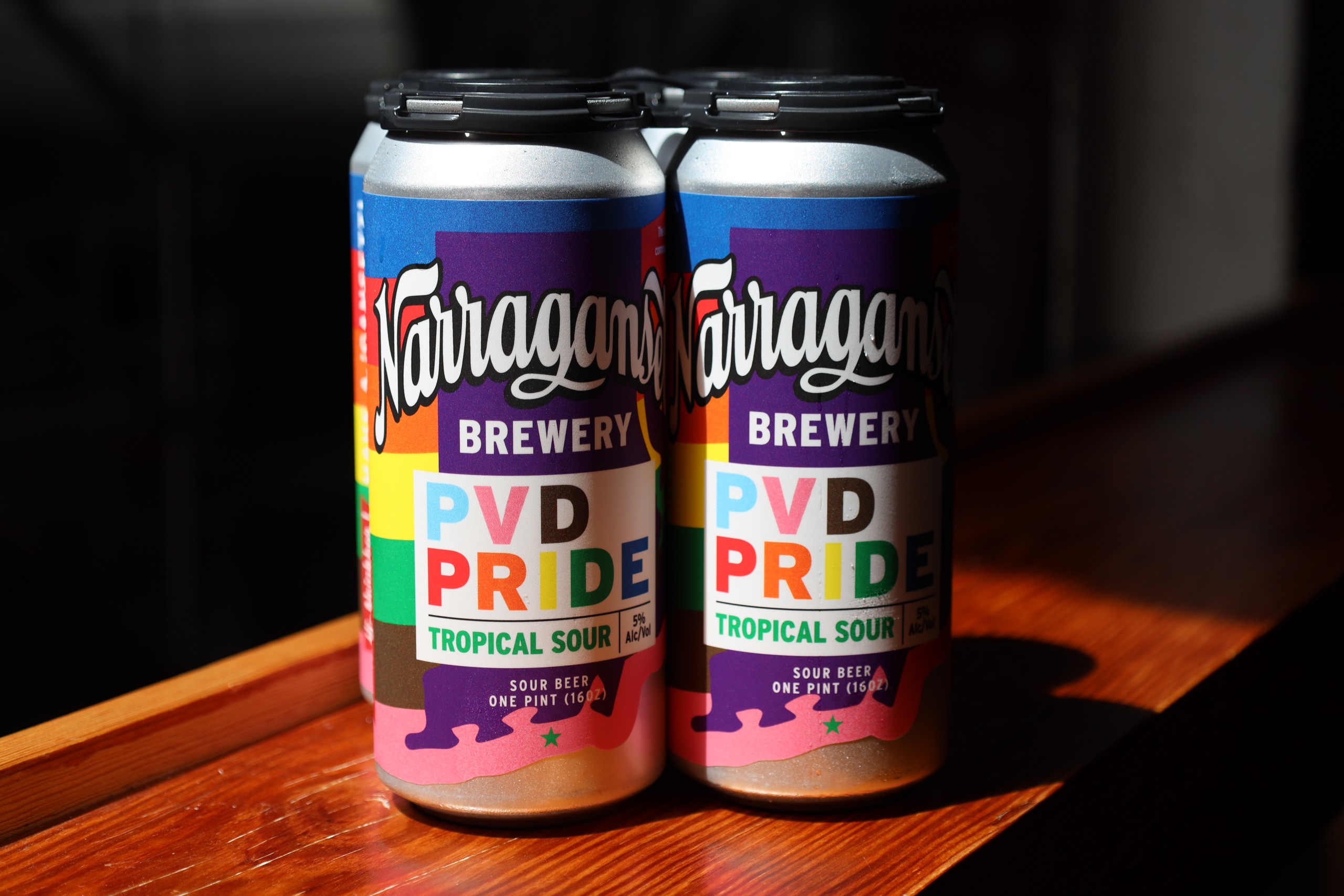 Tart and refreshing, the 5% ABV sour ale features lip-smacking tropical and fruity notes of apple, orange, guava and passionfruit. Even better, proceeds from every PVD Pride sold at the brewery during the month of June will be donated to RI Pride, the state’s largest and most comprehensive LGBTQIA+ community non-profit and the organizers behind Rhode Island’s annual PrideFest Celebration and Illuminated Night Parade.

Speaking of, ahead of the parade on Saturday, Narragansett Beer (in collaboration with Boston’s Gay Beer Club) is inviting PrideFest-goers to get loud and proud at the Providence brewery’s Beach Party Bake Sale from 1–6 p.m. In addition to the PVD Pride sour (plus nine more tasty on-tap offerings), visitors can enjoy savory summery bites from Hometown Poke, delectable goodies from a gourmet homemade bake sale, reggae tunes from DJ Red Dawn, local drag performer appearances and a dynamic closing show by Providence Drum Troupe (with fire dancers and aerialist included!). A  Level 1 donation ($10-15) will get you access to the Beer Garden Beach Party and a Narragansett Wooden Nickel good for one complimentary beer, while Level 2 ($25 or more) will get you the above perks plus unlimited access to the water attraction section, complete with an inflatable waterslide and a slip and slide. All proceeds will go to Youth Pride Inc., an organization dedicated to meet the needs of LGBTQIA+ youth in Rhode Island. Tickets are available for advance purchase here.

And the support for ‘Gansett’s LGBTQIA+ neighbors doesn’t end there: the brewery is also sponsoring the Providence and Boston Drag Gauntlet Series (which is just as awesome and thrilling as it sounds) and the Providence Gay Flag Football League (see previous parenthesis). Cheers to that!