5 Seafood Shacks to Hit Up This Summer

Whether you’re in the mood for lobster, clam cakes or chowder, here are a few Little Rhody spots to chow down on these seafood staples. 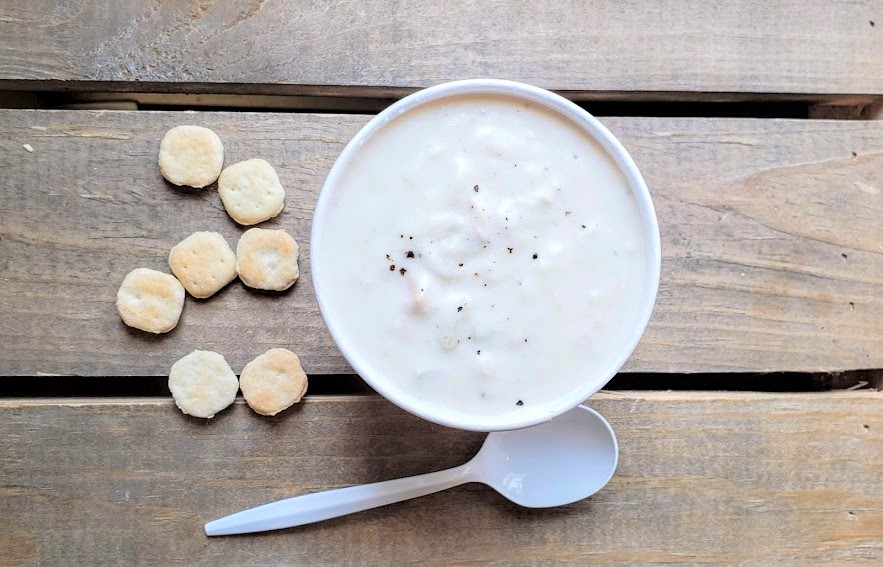 Photo from Blount Clam Shack on the Waterfront Facebook Page.

Seafood Shack dinners are here once again for the summer season. Whether you’re in the mood for lobster or clam cakes and “chowdah,” here are a few little Rhody spots to chow down on these seafood staples.

Why: Legend has it that the founder, Aunt Carrie herself, invented the clam cake using her own corn fritter recipe…. Whether true or not, the iconic, family-owned institution still has more than 100 years of clam cake-and-chowder-making to
back it up. facebook.com/auntcarriesrestaurant

Why: Picking up a half-dozen doughy clam cakes and your choice of New England (white), Manhattan (red) or Rhode Island (clear) chowder styles from either of Iggy’s seaside walk-up windows is a Rhode Island-summer pastime in and of itself.

Why: Flo’s has sold more than 40 million of their “world-famous” clam cakes in their eighty-plus-year tenure. Clearly, they’ve got the good stuff. flosclamshacks.com

Why: The clam cakes are served with Blount’s special house-made sauce and pair perfectly with any one of their chowders, from the clear clambake chowder to the thick, New England-style clam shack chowder to the veggie-heavy red chowder.

Plus: You can stock up on ready-to-heat-and-serve chowders, bisques and gourmet soups at Blount Company Soup Store in Fall River, MA. blountretail.com

Why: Fresh out of the water, trek on up to this little spot for twists on classic seafood shack staples. You can taste the sweet and saltiness of clam through the batter. Grab a quick bite before a flick at the drive-in theater. Facebook page

4 Spots to Purchase Locally Made Soap