Escape (and Smile) with Ron and Jen’s Great Escape 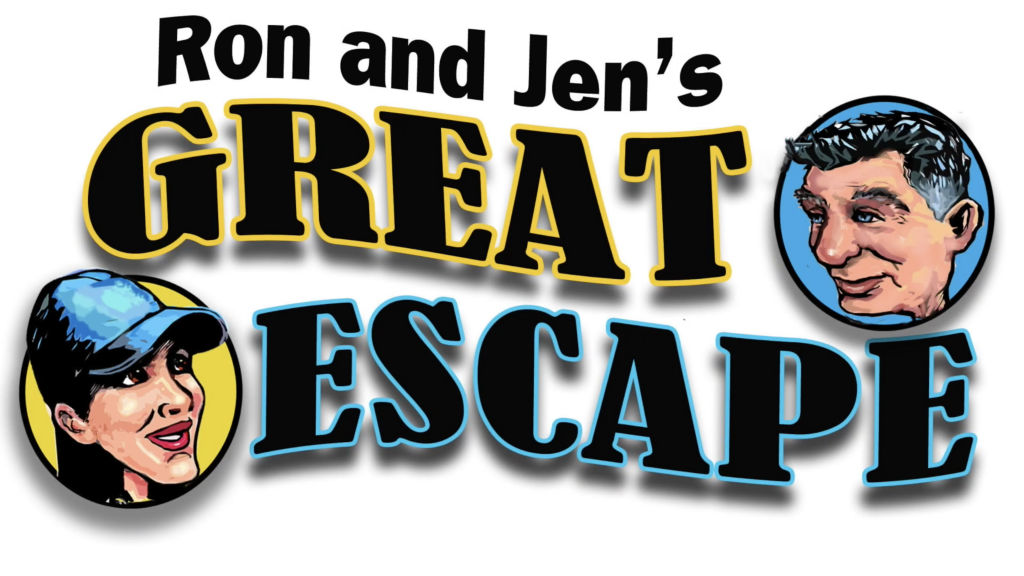 Listen in on this lighthearted podcast presented by Rhode Island veteran broadcasters Ron St. Pierre and Jen Brien. The two hosts address current trending events using the mantra, “Escape with us and smile!”

St. Pierre is from Pawtucket, and he has worked on and managed a variety of radio shows and channels, including WHJJ and WPRO. He is also a member of both the Rhode Island Radio and Television Hall of Fame and the City of Pawtucket Hall of Fame.

From Woonsocket, Brien has hosted shows on WPRO and WHJJ with St. Pierre, in addition to her own shows, including WRKO and WBZ in Boston.

In Episode 16 of Ron and Jen’s Great Escape, Ron says, “It’s our effort, if you will, to look at the world — not through rose-tinted glasses — but tinted glasses to find positivity.”

In the same episode, they focus on a variety of topics. They open the show discussing a few big stories, including the COVID-19 Delta variant and the legalization of marijuana in Connecticut.

“That is something [Rhode Island] should be doing,” St. Pierre states. “But of course the lawmakers don’t want to do that.”

They then move onto the segment, “Jen’s News,” where Brien shares a few interesting stories she found with St. Pierre. Brien warns listeners about a spate of catalytic converter thefts, then discusses how 88 percent of pet owners believe their dogs and cats can see ghosts.

Brien also mentions how the city of Hong Kong is hosting a contest to encourage citizens to get vaccinated where they can win a one-bedroom condominium, as well as other incentives from different companies, including a new Tesla.

“What are they giving away in Rhode Island?” Brien starts. “A lottery ticket!”

In the next segment “What’s Trending,” St. Pierre discusses recent pop culture news. Highway to Heaven is being rebooted, and new movies for Indiana Jones and Jurassic Park are coming to theaters soon.

“It’s Raiders of the Lost Ark: The Search for the Hip Replacement,” St. Pierre jokes.

They then move on to talk sports, including how the Super Bowl is looking for $6 million for an advertisement.

“Okay, so I guess we won’t be advertising Ron and Jen’s Great Escape,” Brien says.

Tune in to new episodes premiering every Monday and Wednesday on YouTube or wherever you get your podcasts. Make sure to also check out their Facebook page, where they post throwbacks and unusual bits of history, as well as fun questions for their viewers to answer.

For more information about the podcast, visit the Ron and Jen’s Great Escape Facebook page, or email jenbrien@rocketmail.com or ron.stpierre@cox.net.