The new campaign reconnects neighborhoods through art and nature. 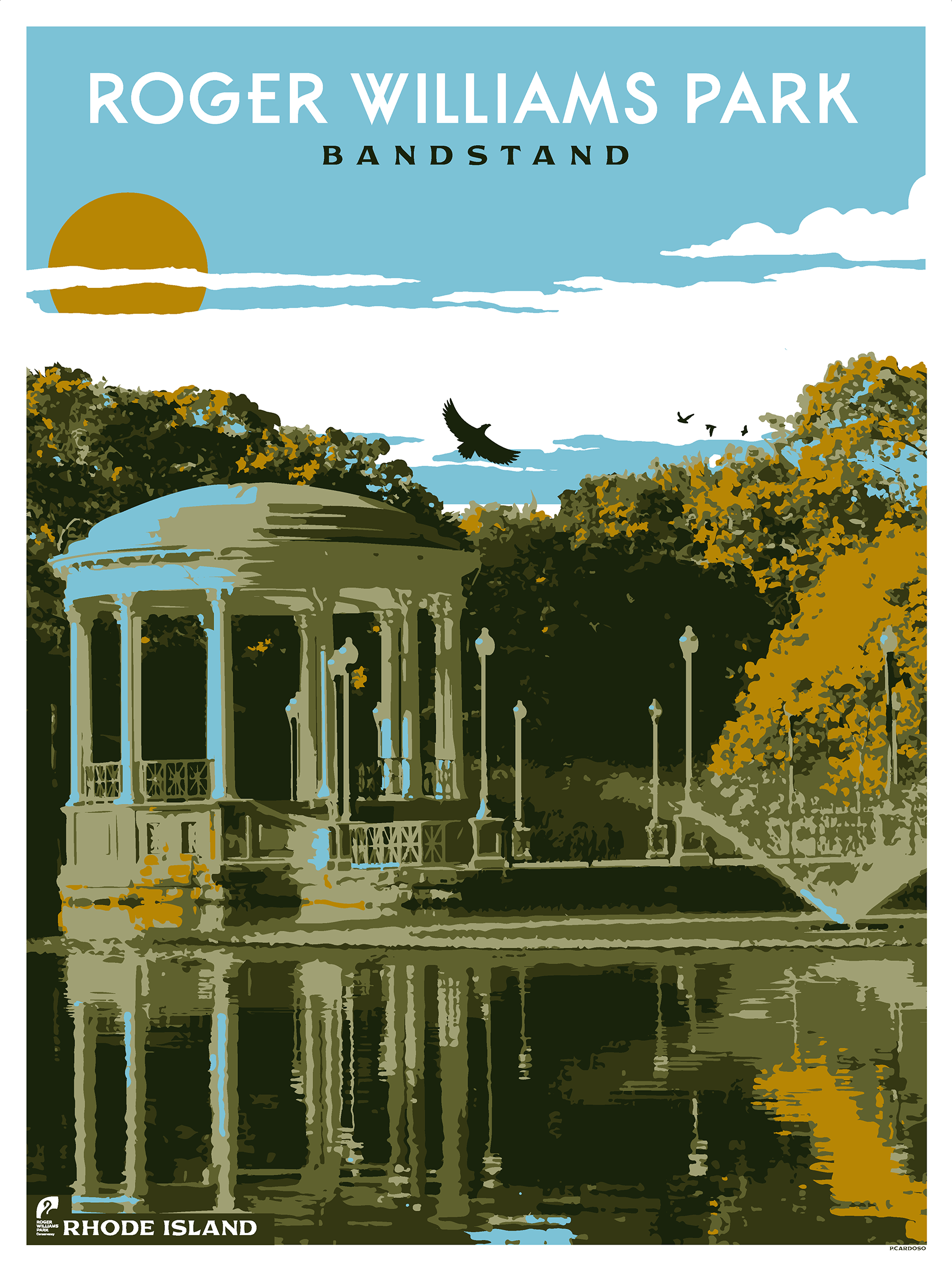 One of the posters supporting Roger Williams Park.

As Rhode Island begins to open back up, one of the best ways to enjoy the outdoors while still keeping safe is heading over to your local park. Parks are great for family picnics, exercise or even just passing through on a stroll. And this summer, the Roger Williams Park Conservancy is partnering with the City of Providence to launch a new campaign that will help reconnect the community even further through small, socially-distant art-related events. The plan? Combining art and the historic beauty of the park itself, bringing the “people” to “the People’s Park.”

“Roger Williams Park is Rhode Island’s most popular and beloved park” Essington says, “and in the past three months, the role of parks to society has been apparent. We wanted to help encourage that further by creating this campaign. We’re helping people to reconnect with each other through art in a place that everyone loves.” Starting July 6th, and continuing for six months, the park will host multiple in-person activities, as well ones online.

“We’ll be hosting classes in the park with local artists you can take, such as painting, photography and illustration, as well as an Artist in Residence at the Botanical Center.” Essington also highlights other planned events, including an online exhibit of historic postcards of the park, an online competition call for submissions of artwork inspired by the park, interpretive tours on the park’s history, and even a family photo day where you can come and get your portrait taken. “There will be some surprises as well; unexpected activities for the whole family” Essington says, which gives us all something to look forward to throughout the summer.

To further support Roger Williams Park, Essington also spoke about two projects they’ll be launching soon. The first is a series of posters for sale showcasing the four seasons of the park, which he explained are inspired by “1930’s era National Park posters that are great as a collector’s item.” The second is a Roger Williams Park coloring book created by a local artist for kids of all ages, with accompanying donations appreciated. Both will be available on the Park’s website, along with more information on the campaign to learn more and mark your calendars. rwpconservancy.org

Fun Activities for Adults During the COVID-19 Pandemic