This Providence-based creator is also the founder of the Metalsmith Society, an online community and resource center for other metalsmiths. 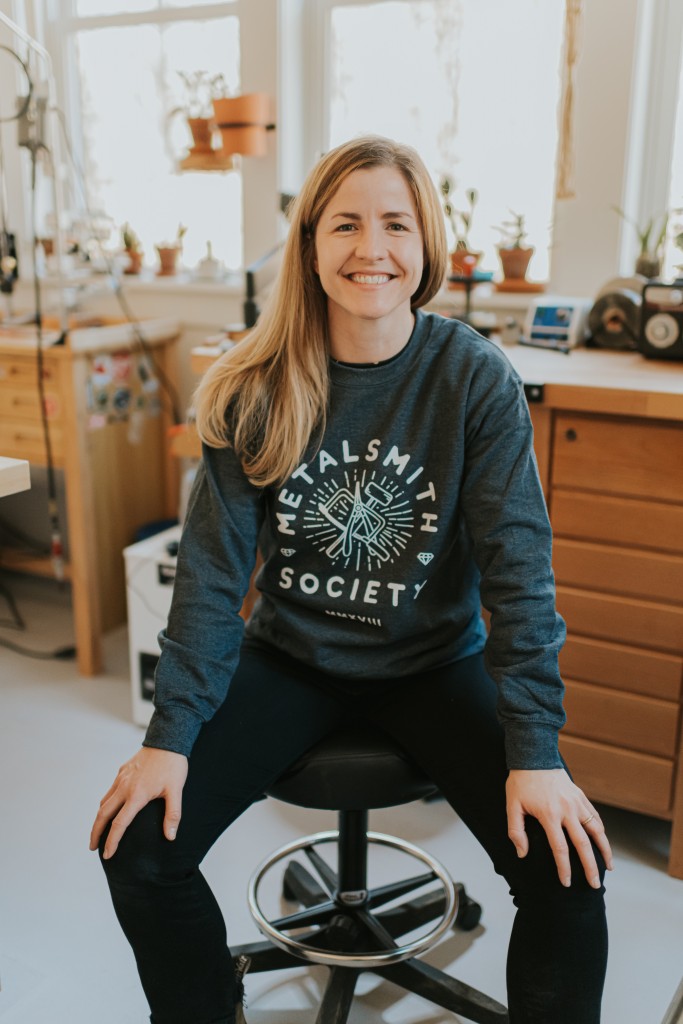 Corkie Bolton sits in a sunlit room. Countless plants, many mounted on her handcrafted brass plant stands, spill from the window sills onto tables below. Miscellaneous bits of metal and a multitude of prongs, files and stamps cover the surfaces of her workbenches. This is her new studio, bright and open, ready to be filled with the whoosh of a blowtorch and the clack of a hammer on metal.

Bolton’s workbenches were not always this full. Once, her only bench was devoid of almost all her tools, taking up space in a tiny Boston apartment she shared with her now-husband. That was around 2012, a few years after she graduated from the Pratt Institute in New York City with a concentration in jewelry making, a craft she was first introduced to in high school. She had all but given it up.

“My outlook on life was getting really bleak,” she says, recalling her early days as a jeweler in a video interview last week. “I was thinking, ‘It is too hard to make it as a jeweler; you have to have a trust fund, or a wealthy partner.’ It just felt really frustrating.”

After her graduation in 2007, she worked for different jewelers in New York City who sold their work in boutiques across the country. While she gained experience, each of these jobs was short-lived and had difficult aspects. Her mental health deteriorated and she struggled with alcohol. Discouraged, she sold most of her tools. But she held onto that one bench. It came with her when she moved to Boston in 2012. It crowded the kitchen but she could not bring herself to sell it. As she found her footing in sobriety, she slowly began putting the bench to use again.

“I try to be really truthful,” she says as she explains the hardships she has overcome, “because I think people need to hear this: It’s not always easy.”

At an Alcoholics Anonymous meeting in Boston, Bolton shared how grateful she was that sobriety led her back to metalsmithing and jewelry making. As fate would have it, one woman at the meeting had recently been bequeathed all of her grandmother’s metalsmithing tools.

“She invited me to take anything,” says Bolton. “We weren’t super close friends, so I just say that because that makes this even more awesome of her. I feel like she really took a chance with me on this. I just get chills because it was like all the pieces of equipment I had given away were coming back to me.” 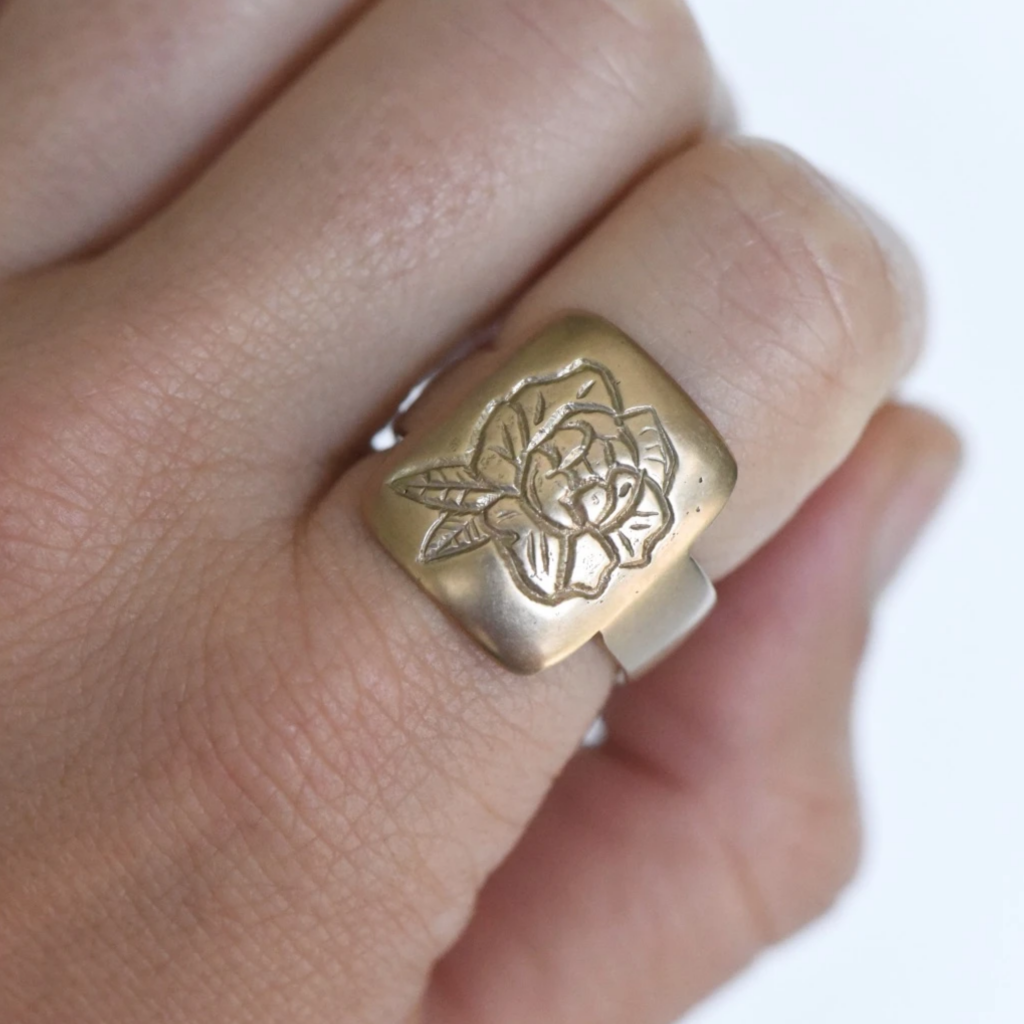 With the return of her tools, she was back creating timeless and wearable pieces of jewelry. Bolton also re-imagined what success meant to her. As an undergrad, she wanted “easy success” and to see her work in “500 boutiques.” Now, she says, “I’ve definitely found my success in educating people.”

For Bolton, community, kindness and education are paramount and these values are at the core of the Metalsmith Society, an online community and resource center for other metalsmiths that she founded three years ago. The idea of forming a community like this came to her when she was working on a particularly challenging custom necklace. 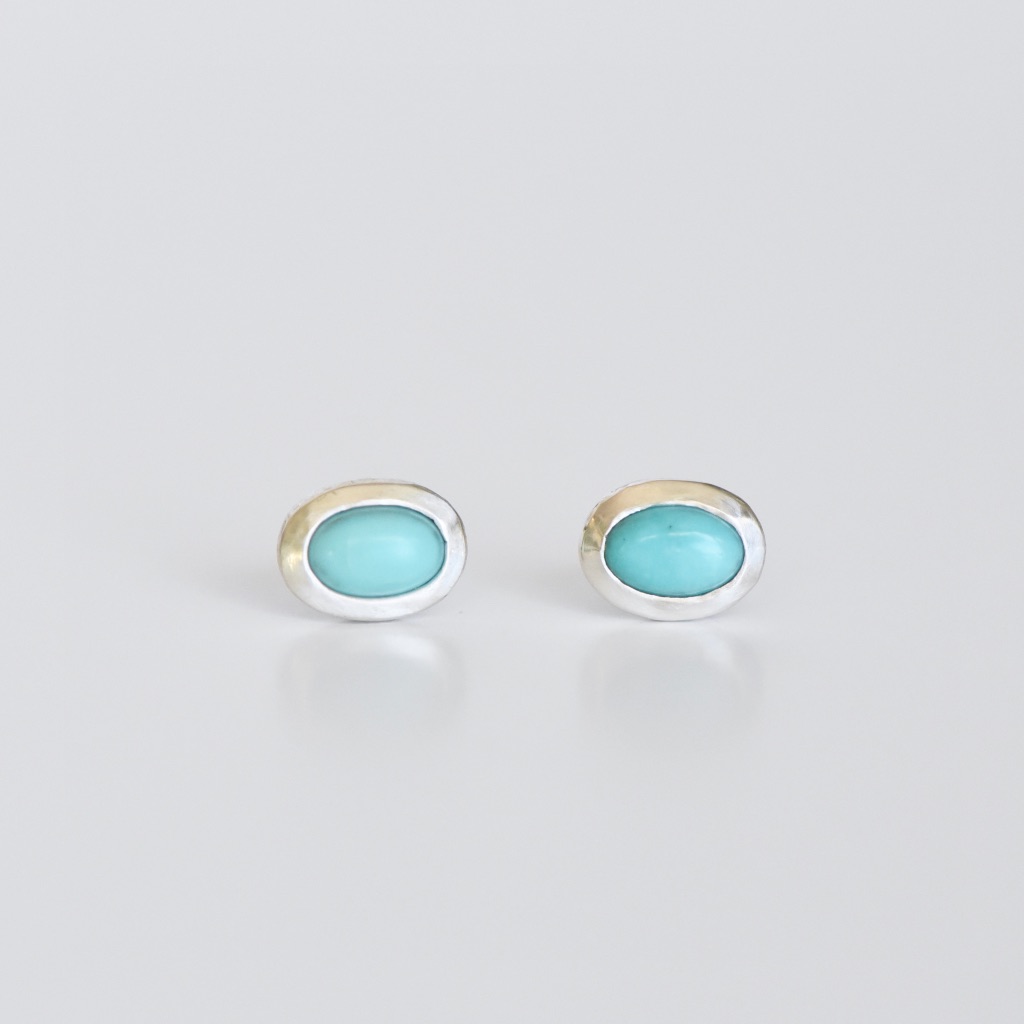 “One of the stone settings fell off before I completed the piece,” she says. “I had already begun the setting process and when you have stones set in a piece, you cannot necessarily go back in with a torch and continue to solder because many stones are heat sensitive. I found myself in my desperation reaching out to an old coworker of mine from one of those jobs in New York City and this old coworker — so cool, so generous, I hadn’t talked to her in years — she immediately wrote me back: ‘This is what you’re going to do. Get a potato, cut a groove out, press it over the stone and get in there really quick and do your soldering job. And the potato’s moisture will protect the stone.’ ”

To Bolton’s relief, the potato saved the necklace. That got her thinking: What if there was a place where other metalsmiths and jewelers could go with these kinds of questions?

“I just wanted to connect with people, like my old coworker, who would be willing to share things that would be helpful but never proprietary information that would allow someone to copy someone else’s designs,” she says. Today, the Instagram page has more than 170,000 followers and 15,000 people on the email list. Bolton, with her bright personality and her deep understanding of how challenging and unforgiving creative work can be, runs the page with grace and enthusiasm. She has posted everyday for three years. 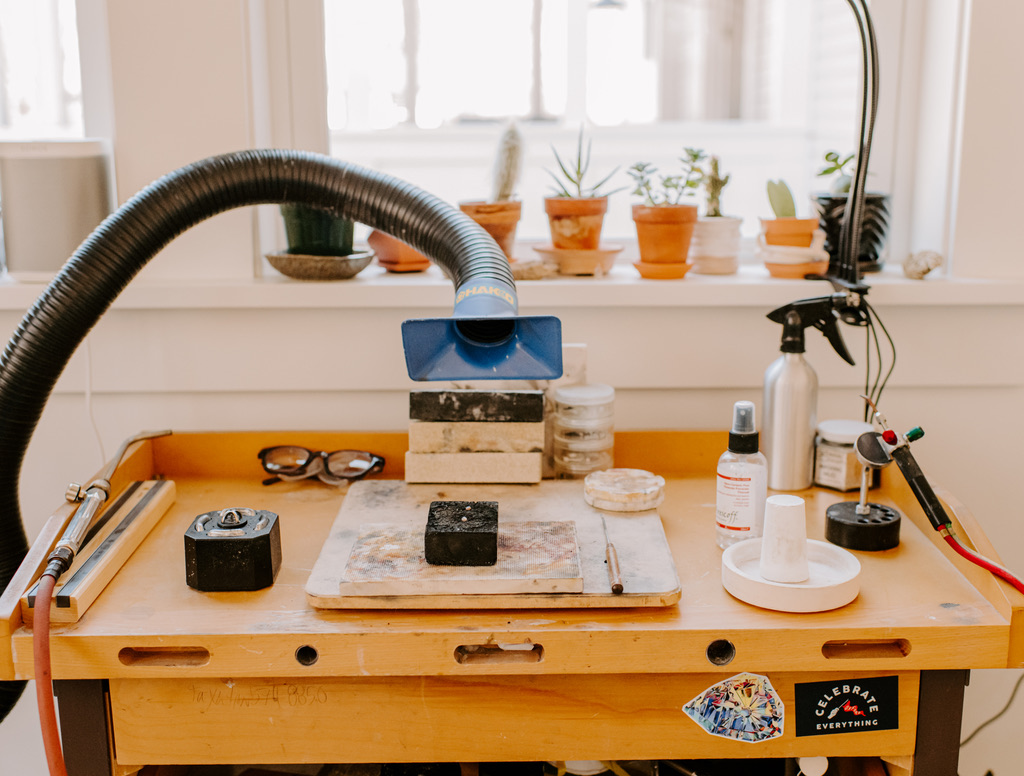 Today, Bolton still has the bench she lugged from New York City to Boston to Rhode Island and she still uses the grandmother’s tools. She looks back at the challenges of her early twenties and knows they have shaped her into the creator and educator she is today. Her work is constantly developing and she’s been experimenting with engraving techniques and working more with gold as she settles into her new home-studio. It’s another transition but by now, she’s like one of her plants, able to grow anywhere there’s sunlight and a jewelry workbench nearby.