Cate Brown's camera is trained on the sea and the people it beckons. 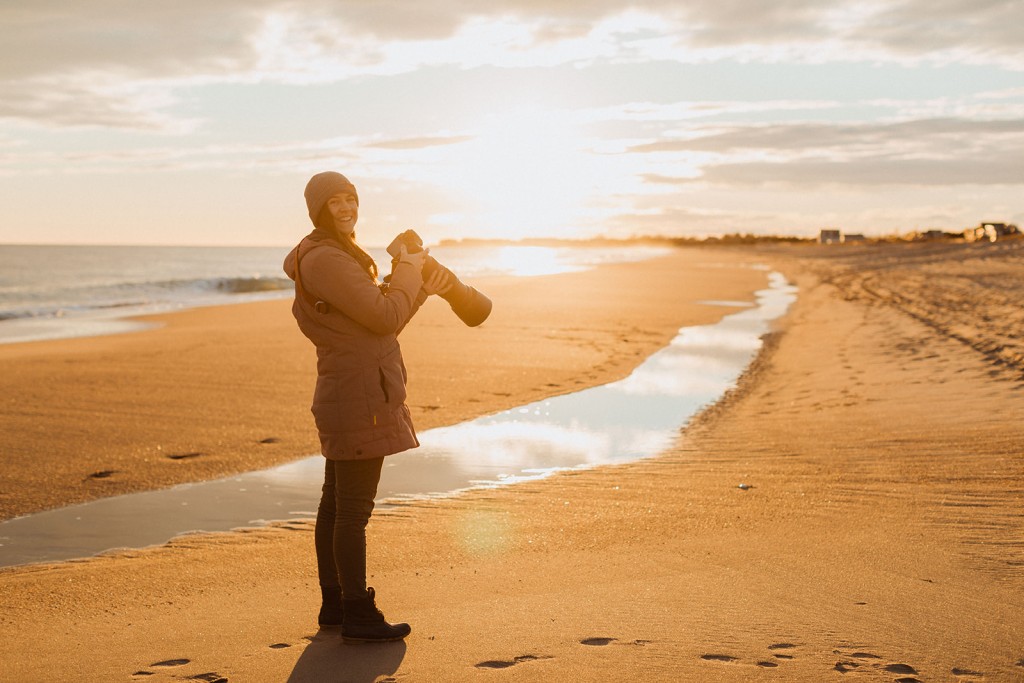 Suited up in neoprene, Cate Brown sits on the beach and scans the surfers bobbing in the water. She watches how they move and how the waves break around them. After a moment, she locks her DSLR camera into its red waterproof housing and heads for the water’s edge, flippers in hand. She’s wave-chasing, swimming among the the surfers and capturing the action through a lens.

A native of Rhode Island, Brown has always been enthralled by the ocean. Much of her photography focuses on saltwater, from billowing spinnakers at sailing regattas to longboarders hanging ten at sunset to fine art seascapes taken with her drone. 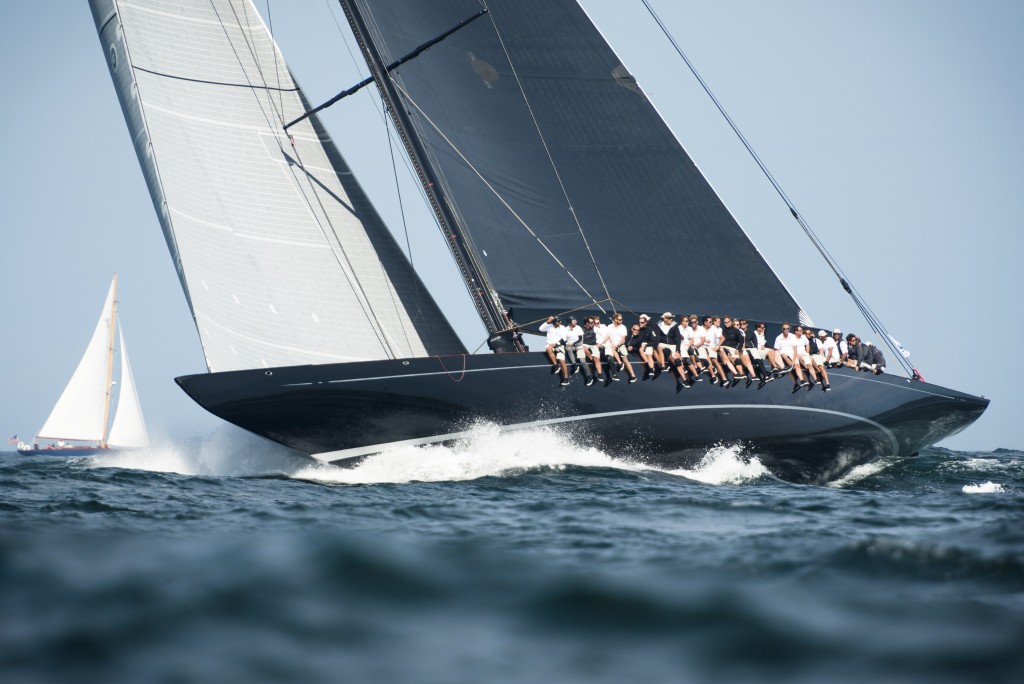 For the past few years, she has devoted a lot of her time to photographing surfers.

“After college, I was always shooting sailing,” Brown, a sailor herself, says.

Then, sailing began to feel too familiar. While studying photography at Fitchburg State University, Brown learned about Joanie Sternbach’s “Surfland” series. Brown has no one major artistic influence but “Surfland” fueled her intrigue about the surf lifestyle. After some deliberation, she took the plunge and purchased waterproof housing for her camera, a wetsuit and some fins and swam out to the lineup. 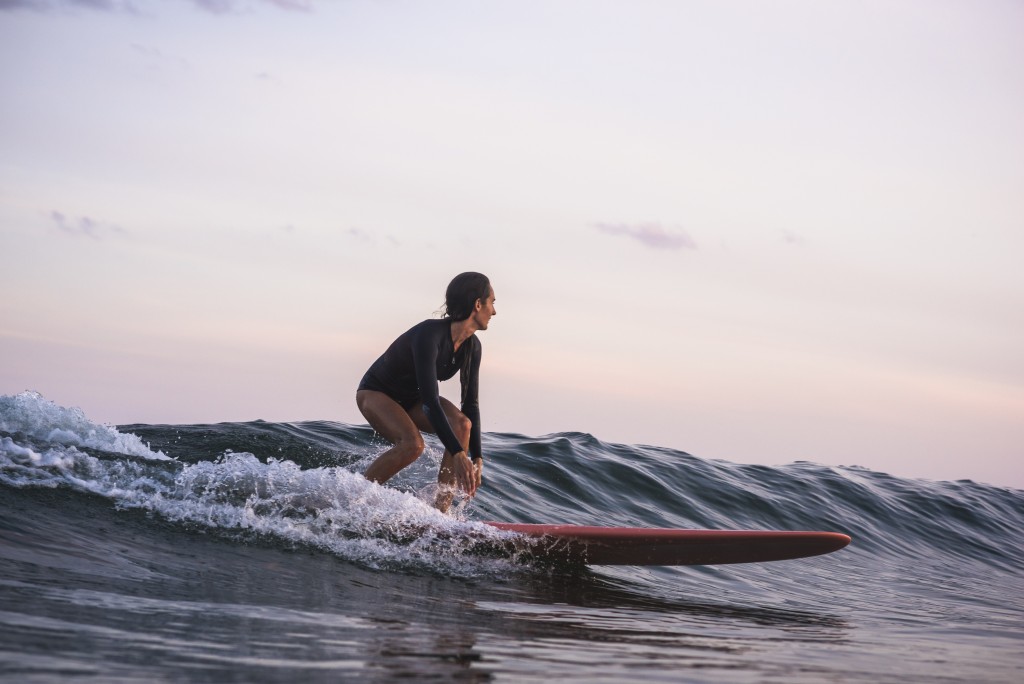 With no connections to Rhode Island’s surf community, she learned surf etiquette through observation and made friends while on the water.

“Everyone loves the photographer!” says Brown with a laugh. “Early on, and even now, I’ll get in the way sometimes. I try not to, obviously, but [the surfer] will still be like, ‘Did you get that? I was trying to get close!’ ” 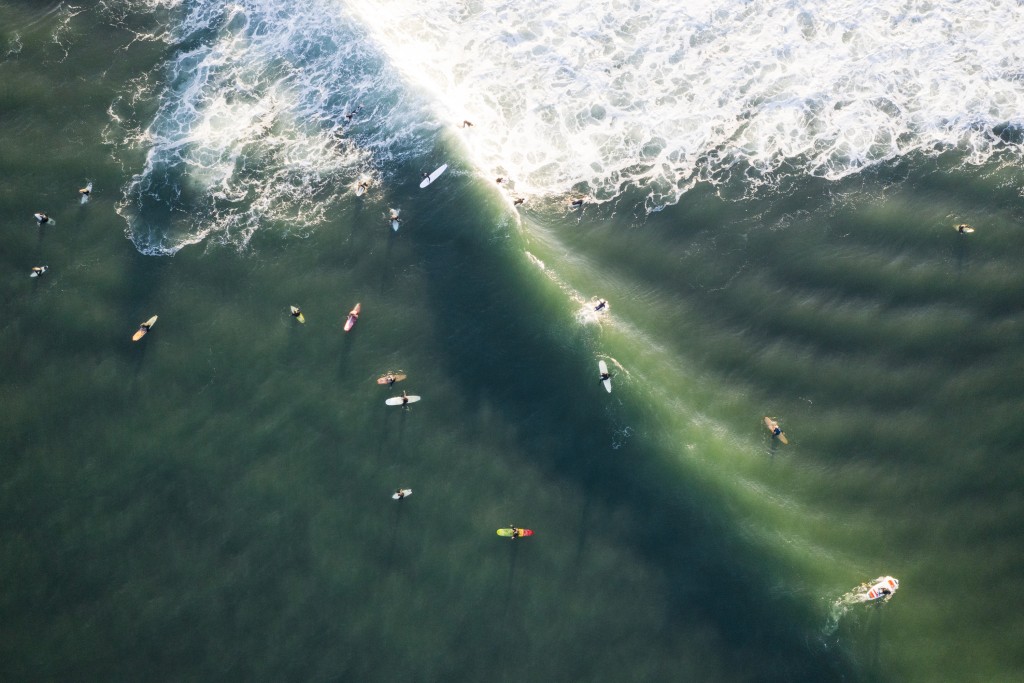 A crowded lineup for hurricane leftovers. Photography by Cate Brown

She uses the “slow bust” mode on her camera to capture the surfers’ takeoffs and bottom turns. An hour-long session results in anywhere from 400 to 1,400 shots. After the surfers hang up their wetsuits, Brown begins combing through and editing the shots — a process that takes hours.

“I’m always looking for that element that really brings something special,” she says, “whether it’s through very graphic composition or light raking across the water to create sparkles or that moment of action that just makes you go ‘Wow!’ ” 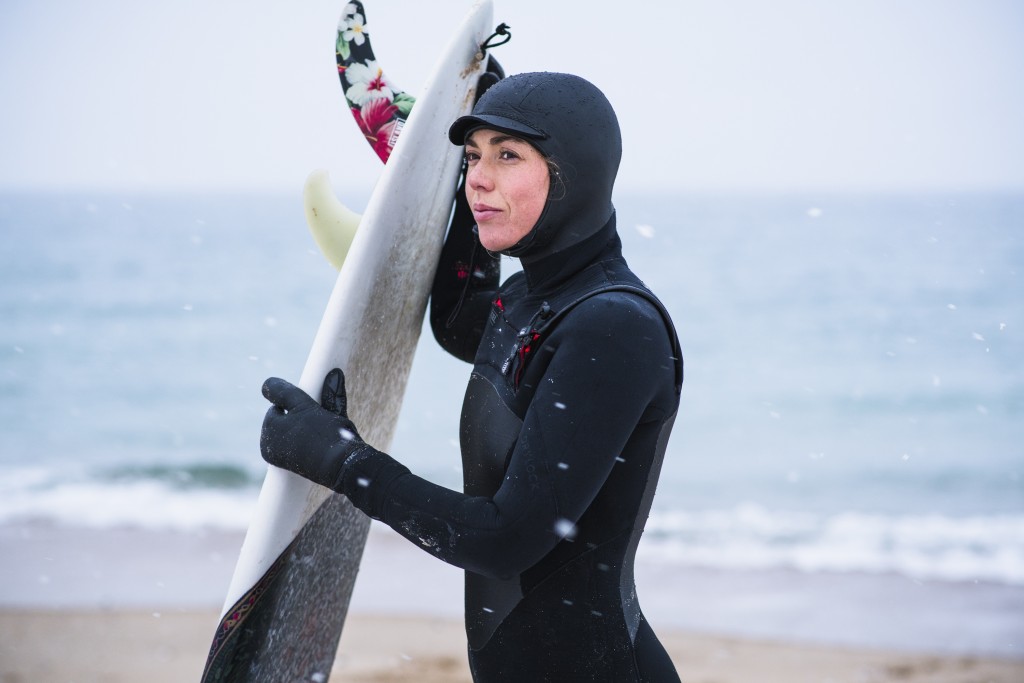 Claire Hodson, a Connecticut transplant and Matunuck regular who carves killer lines on a longboard. Photography by Cate Brown

While every shooting session has its own joys, a few stand out for Brown. One was a head-high day in the middle of winter — conditions that were just outside of her comfort zone — where she only knew a few acquaintances on the water but stepped in nonetheless.

Others were balmy summer evenings with glassy, knee-high waves with “no one out but a few friends just having fun with no pressure whatsoever,” she says.

Surf photography, much like surfing itself, can be both intense and carefree. And her photos capture this unusual and intriguing polarity. 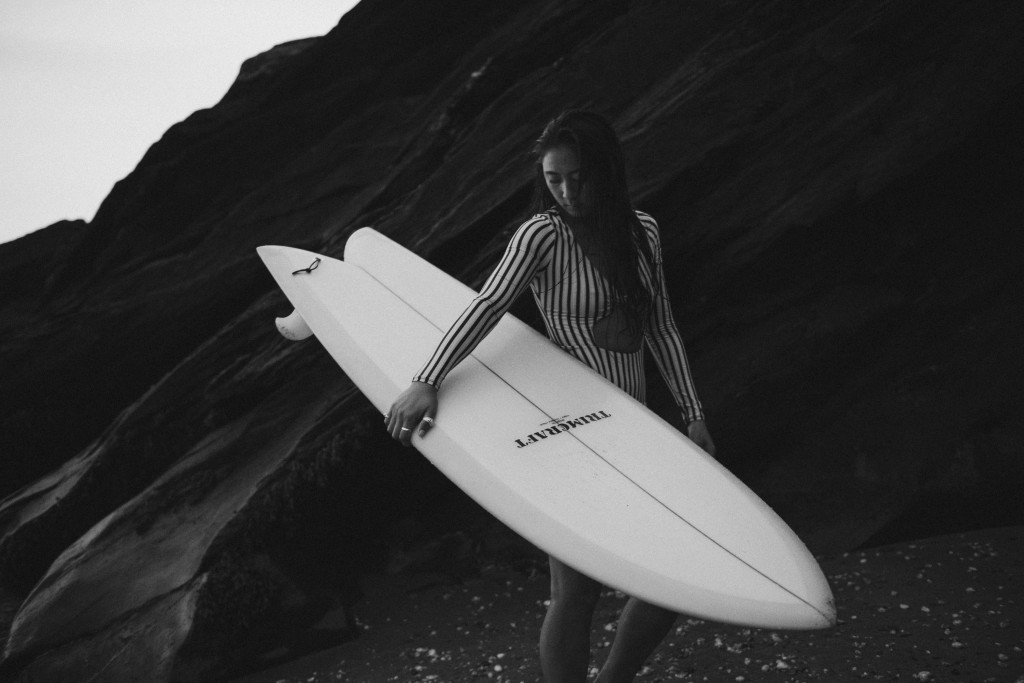 Kaeli Baker of Westerly with her new Trimcraft. Photography by Cate Brown

“When you [surf with] a group of friends, it’s like you’re all sharing the same personal experience, whereas with sailing it’s more of a collective experience,” Brown says.

In the summer, she finds time to get on a sailboat and shoot, whereas she does surf photography year-round. Brown also takes aerial shots with her drone to capture fine art landscapes and seascapes from a different perspective. 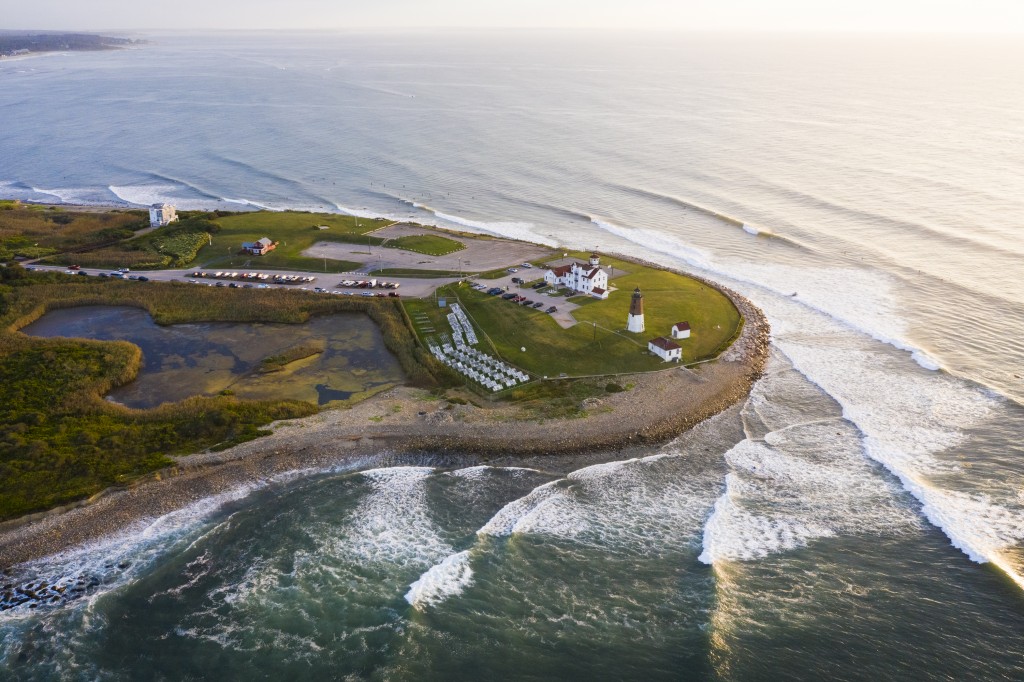 “These days, it’s a lot of storytelling through a cohesive set of photographs that tell that brand’s narrative and make the viewer want to be part of that story,” says Brown, who has worked with Hinckley Yachts, North Sails, June Swimwear and Arcadia Power. Some of her surf shots have also been licensed by brands like Hyperflex and Imperial Motion. “I actually love my commercial work just as much as my independent fine artwork.”

Brown says she is always trying to find new ways of approaching her subjects. “How do I shoot this same thing in a way that still keeps me interested?” is one question she asks herself while working. For her newest photos, follow her Instagram page, where she regularly posts.

“If I have something really good, I have a hard time holding onto it,” she adds.

Brown’s work can also be found at catebrownphoto.com and catebrown.art.