A strange season in the highly specific world of competitive birding.

Here I must confess: I don’t quite get it. I tried. I really did. I schlepped across Napatree with Greg Nemes. (It’s not as bad as everyone says.) I visited Barbara Seith and her bird friends at Quonnie. I walked Trustom Pond (a favorite among local birders) with Sue Palmer and Carlos Pedro (not wearing flip-flops that day), listening to them discuss which specific species of toucan Toucan Sam (of Froot Loops fame) would have been in real life. I enjoyed these excursions. I explored new places, learned much, shared good conversation — but I still wasn’t there.
I understand, on a certain intellectual level, the appeal of birding: You’re out in nature, you’re active, animals are interesting. I get it. But I don’t get it. What makes someone invest days, maybe weeks, to glimpse something from afar for just a moment or two? Why embark on an Ahab-like quest to find one specific sandpiper when there are other, similar-looking sandpipers all around? Why spend 364 days, twenty-three hours and fifty-nine minutes competing to be the best in the state for a minute?

Birders all have their own answers.

For Sue Palmer, “It’s the excitement of the chase. It’s a great scavenger hunt. I’ve seen some birders tear up after seeing a bird they sought their whole life.”

Greg Nemes finds satisfaction in a different analogy: “It’s like trying to solve a mystery. You either know what mystery you’re trying to solve — looking for a certain species — or you encounter a mystery: What species is that? You may not figure it out in the end, and that fact makes it even more exciting.”

For Barbara Seith, it’s simply all about the birds: “Getting to know the bird is what makes it fulfilling for me — that moment when you connect with this beautiful creature. Then there are the extraordinary bird experiences, like being swarmed by snow buntings or swallowed by a flock of swallows. Birding reminds me to look, I mean really look, at the world around me.”

I even try getting a kid’s perspective. Devin Silversmith is a twelve-year-old who took up birding this year, with a little help from folks like Greg. He started listing in May. At first, it was just to keep track of what he saw, not really to compete. “That has changed a little now that I go after rare birds,” he explains. “I have a little bit of FOMO [fear of missing out] and really want to see something special that someone else has seen.” His list is already up to 139 — pretty impressive for someone who can’t drive.

I can’t help wondering, with all the options at a twelve-year-old boy’s disposal these days — video games, smartphones, social media — how does he land on such a genteel hobby?

“I’ve always loved the outdoors and birding was the activity that made me really want to get outside. I actually have my parents to thank for getting me outside. My mom and dad would bring us on hikes at least once a month since I was born,” he says, adding, “and my mom has never let me get a gaming console, so it never really kicked in.”

I try to feel what they feel. I buy a pair of binoculars and set off on my first solo birding excursion to Goddard Park. As I stroll along the shoreline, a woman notices my “binos” (as the birders call them) and asks in a thick War-rick drawl, “Doing some birding?”
“Actually, I’m attempting it for the first time.”

I stroll leisurely along the water, scanning the trees, the cove, the horizon for birds. I don’t see much at first, but I begin to appreciate my surroundings in a way that’s only possible when you’re looking for something specific and new in a familiar place, like trying to find the new hole-in-the-wall bar you heard about in your old neighborhood. I spot a couple of birds and try tracking them with my binoculars, trickier than it seems. As I learned when trying to shoot a watermelon with an AR-15 on a weed farm in Vermont over Fourth of July weekend, you can see something with your naked eye and then completely lose it through a scope.

Finally, I note what looks like some birds of prey soaring high above. I describe them to Greg via text. “Turkey vultures,” he informs me, a very common bird in Rhode Island.

And that is it. I walk for another hour and see nothing else of note. I start to wonder, am I actually birding or am I just walking with binoculars?

“I think it’s about the intent you set out with,” he responds. “If you go out trying to see some birds and you don’t see any, that is birding.”

I think (I’m birding), therefore I am. 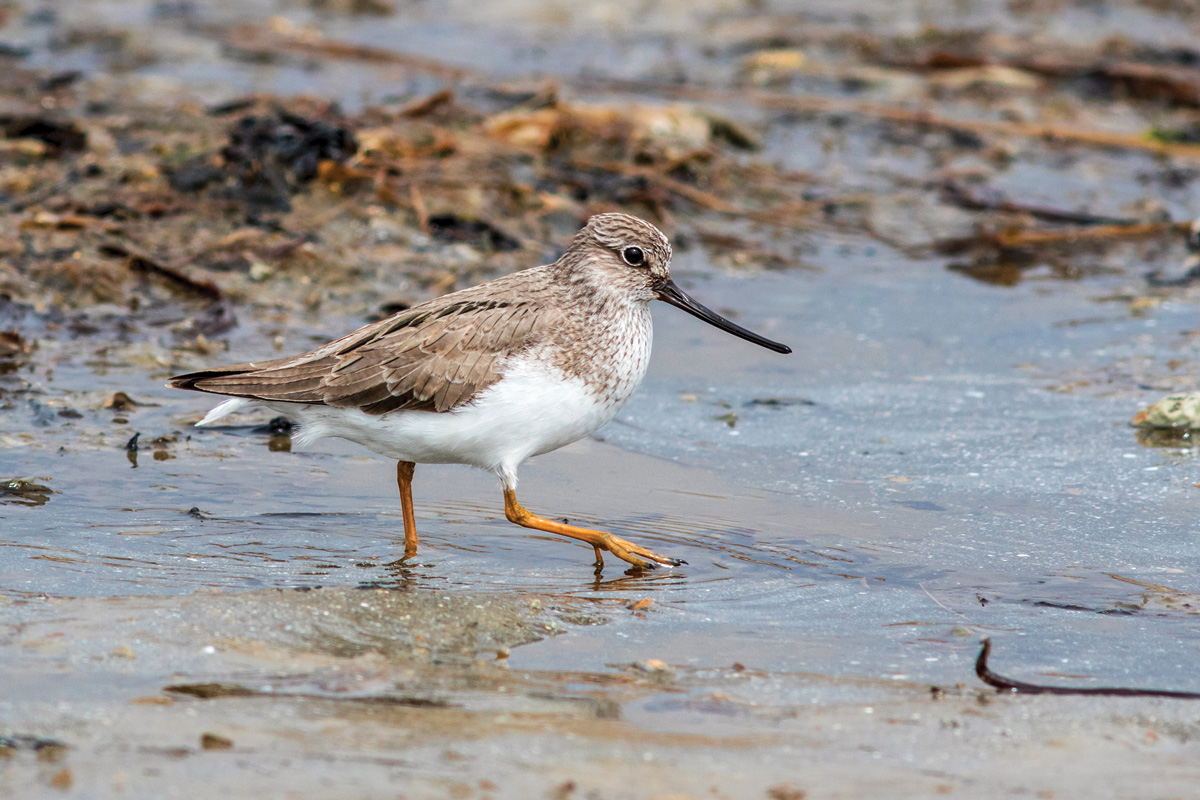 I try again in Roger Williams Park, one of the best urban birding locations. After a mile or so of fruitless walking with binoculars, I spot a small bird circling around a tree branch, seemingly foraging for insects. I even manage to lock in with the binos and spend a few moments observing. Again, I text Greg a short description of its appearance and behavior. (He swears he loves when people do this.) Probably a chickadee or nuthatch, both very common in Rhode Island. But still: I did birding, right?

More than birds or even people, I become fascinated by an existential question: What’s the difference between birding and not birding?

I live near Roger Williams Park. I’m there almost every day, passing the same family of swans every time. Is that birding? Probably not. But what if I have my binoculars because I’m intending to bird? According to Greg’s theory, that would be birding — but that feels too easy.
“Do you count them? Do you count their offspring? Would you know if some were missing? If the answer is yes to any of these questions you are birding. And if it’s no, well, real birders hate invasive mute swans,” says no less an authority than Sue Palmer. “Either way, you notice them. That makes you a birder.”

The birds never really work their magic on me. The thrill of the chase, the solving of mysteries, the connections with birds doesn’t speak to me — but I am at least able to contextualize what drives “listers.” They aren’t fierce competitors so much as obsessive collectors. It’s less Friday Night Lights, the win-at-all-costs football movie, than High Fidelity, John Cusack’s comedy about record-hoarding music fanatics.

Those people I can relate to. Maybe I can’t understand spending the equivalent of a full work week chasing a sandpiper, but I once monitored eBay auctions for months to score an original vinyl pressing of Sonic Youth’s EVOL — not a reissue — because it has a locked groove at the end of the final song that causes it to repeat infinitely. I know from obsessive.

I make one last attempt. Maybe, as Sue Palmer had speculated, I just hadn’t found my “spark bird,” the bird that inspires one to take up the hobby. (For her it was a toucan.)

Following the rare bird alerts on a Saturday morning, I notice a report of a Baird’s sandpiper, Sue’s former nemesis, at Meadow Brook Pond near Wood River Junction. My friend James and I are nearby in Charlestown, so we drive over to investigate. Almost immediately a small bird lands onshore about fifty yards from us. I put the binos on it and observe. I whip out my phone and open the Merlin app. After answering a few questions about my location and the bird’s appearance and behavior, it offers a list of maybe ten species my bird could be. One is the Baird’s. That has to be it, I think. I snap a photo.

James already wandered off ahead; I catch up and explain what (I think) we were seeing.

And that was that. Was it birding? Yes. Was it fulfilling? Eh.

Later, I send my photo to Sue to confirm that it was a Baird’s sandpiper.

“That is a greater yellowlegs,” she corrects me, a much more common bird. (eBird lists more than 5,600 reports in Rhode Island, versus less than 150 for the Baird’s.)

Either way, my list now stands at a formidable one — not enough to catch Sue or even Devin, but a personal record. A very big year, indeed.