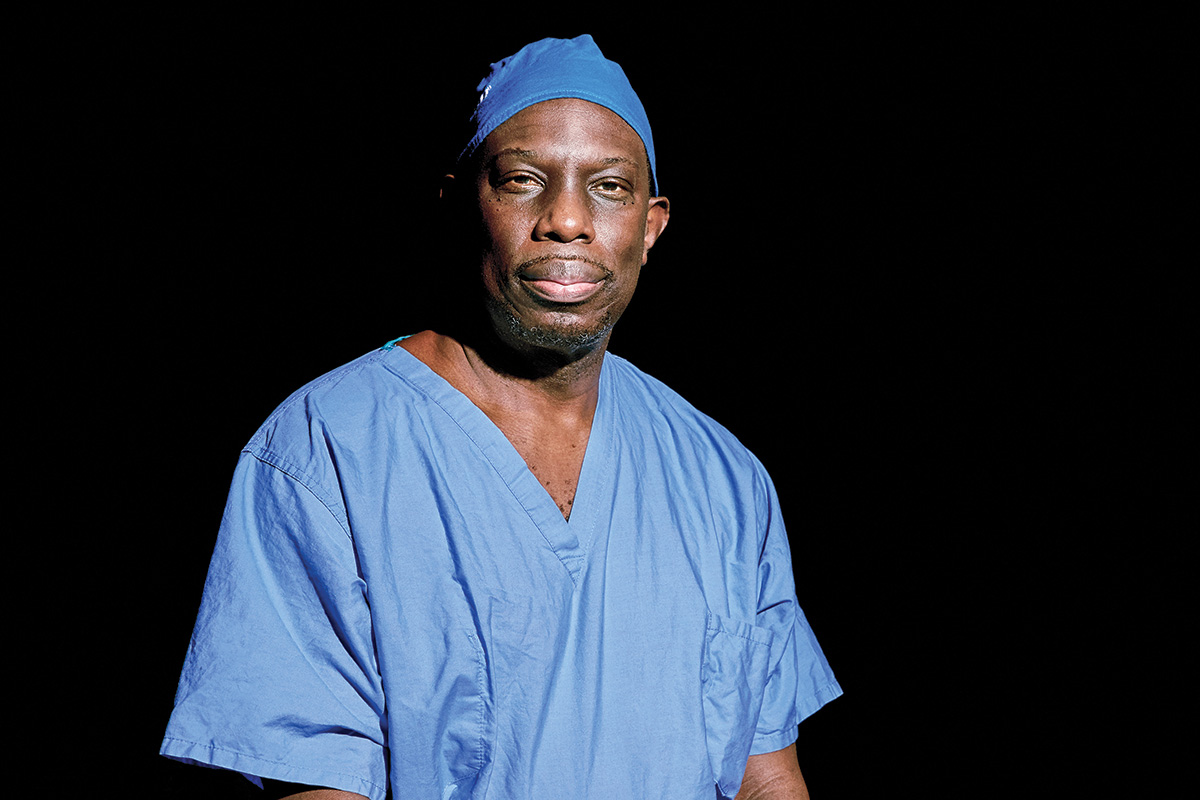 You realized you wanted to be a doctor at a young age. Why neurological surgery?
I suffered from childhood asthma, which put me in the hospital frequently. There was something magical for me as an eight or nine year old, not being able to breathe one minute and then, within seconds of an intravenous injection of aminophylline, having my lungs open up. As a child, I dreamed of bringing that kind of relief to people. From a clinical and a research standpoint, the study of the nervous system was always intriguing to me. I have a doctorate degree in neuroscience. In neurosurgery, I found a complementary clinical discipline in which to explore the intriguing scientific questions I had. I selected neurosurgery because it was a perfect]hesis of my scientific and clinical interests.
Neurological surgery treats diseases and disorders of the brain, spinal cord and spine. What does that entail?
Brain tumors, brain aneurysms, disorders of movement such as Parkinson’s disease, spinal cord tumors and that also includes surgery for sciatica, disc herniations, back and neck pain. It is a highly specialized, technically demanding discipline requiring several years of training following medical school. This includes a seven-year residency training often followed by an additional one to three years of further specialized fellowship training. In other words, a neurosurgeon may spend seven to ten years in training following medical school to be appropriately trained for what we do.
Why is neurological surgery necessary for patients?
Think of the brain as a computer that controls the body, the spinal cord and nerves as the electrical wiring system that connects them together. Any process causing disruption to the system and resulting in neurological impairment (loss of function) or pain and that is amenable to surgical correction would be a potential cause. Joe Biden, Neil Young, Quincy Jones, Emilia Clark and Sharon Stone had brain aneurysms. Ted Kennedy, Jimmy Carter, John McCain, George Gershwin and Bob Marley had brain tumors. George W. Bush, George Clooney, Peyton Manning and many others have had back surgery. These are conditions that neurosurgeons
treat and perform surgery for.
What is your advice for patients afraid of seeing a doctor?
Like patients, doctors are human beings. They don’t bite (at least most don’t) and their job is to help patients in the healing process. Look for the human being behind the white coat and connect with them. The trust that results from this is the foundation of the doctor-patient relationship.
What is the most rewarding part of your job?
Making people’s lives better! Everyone in this world touches lives in some form or another whether it is consciously or unconsciously and either for the good or for the bad. The most rewarding aspect of my job is looking back each day and seeing the lives of patients, of people that I have touched each day, and to be able to go to bed each night knowing that it was for the good.

The fine print:
Rhode Island Monthly asked Rhode Island licensed MDs and DOs to vote for doctors they would trust to care for their family and friends in a range of specialties. Rhode Island Monthly contracted DataJoe Research to conduct the survey using an online ballot for collecting, vetting and tallying the votes. Any doctor who has been disciplined for an infraction by the state regulatory board was excluded from the results. Finally, DataJoe presented the tallied results to RIM for final review and adjustments. Rhode Island Monthly narrowed the list to doctors in the top 16 percent of vote getters who received at least nine votes in each category. Doctors’ hospital affiliations are provided for use as a point of contact and were provided by their staff.
Interviews by Samantha Labrecque. Research assistance by Leanna Lobo and Andrew Small.