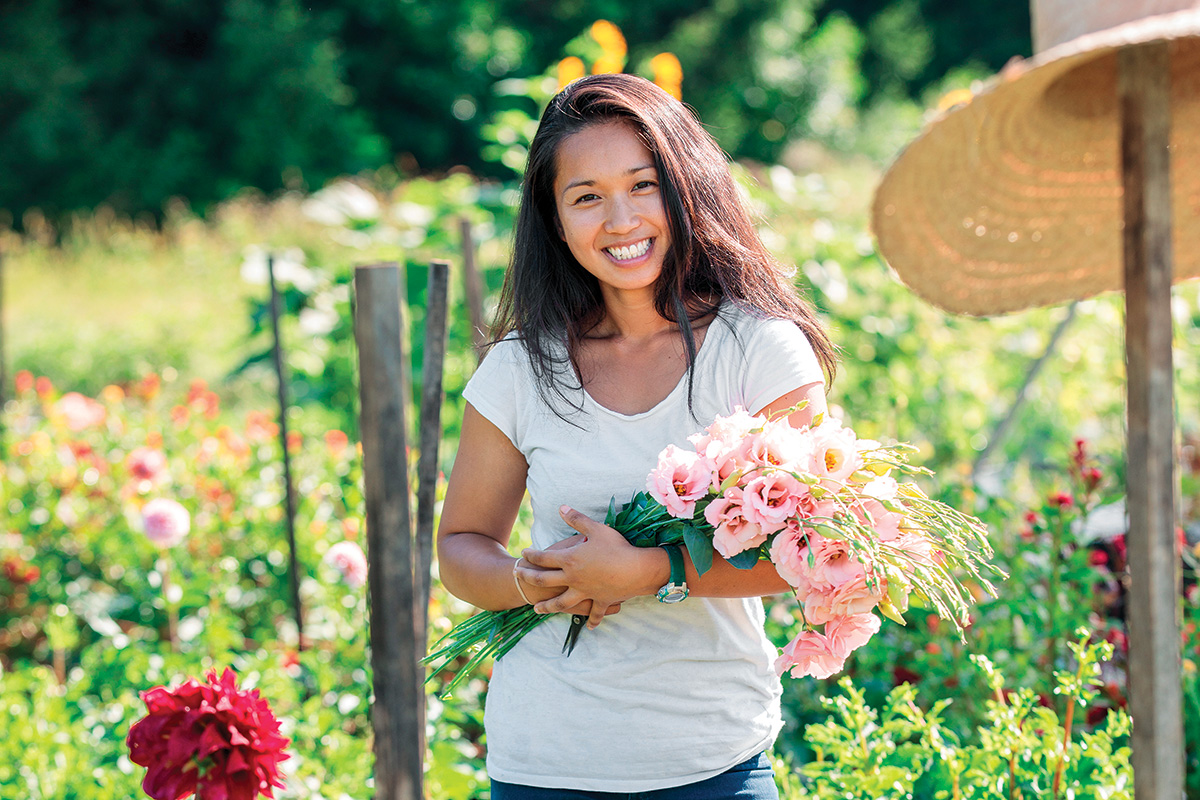 Thanh Luu at her farm in West Kingston. Her first jobs in Rhode Island were at a vegetable farm and an oyster farm. Photography by James Jones.

Thanh Luu’s journey to flower farming began with a sick aunt. “She was going through lung cancer,” says Luu. “She couldn’t eat and she was depressed.”

At the time, Luu was living in Maine and working as a lab scientist — a job she describes as intense and incompatible with her personality. That was about the time that her housemate started farming flowers. “I wanted to support her, so I went out to her farm, saw her operation and said I wanted to buy some flowers for my aunt. It was mid-late spring and she had sunflowers, so I bought two bunches.”

When she presented her aunt with the flowers, her face lit up and Luu says she had an epiphany of sorts. “Food can make you happy and it’s sustaining, but the light in her face was a different kind of light. Spiritually, that’s when it clicked for me.” 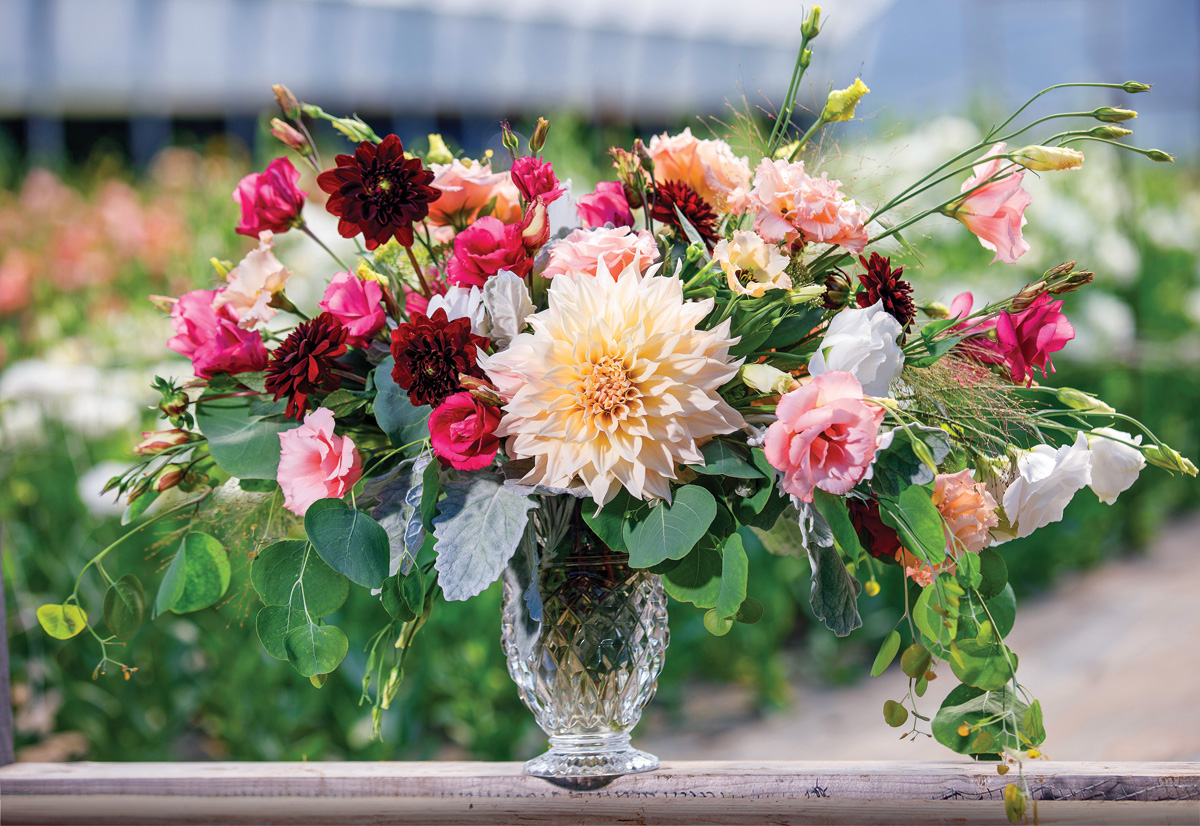 Bacteria clog up the flower’s cut end; trim stems when you change the water to prolong the life of a bouquet. Photography by James Jones.

Shortly thereafter, she moved to Rhode Island to be with her then-boyfriend and the two began growing lettuce and a single bed of zinnias and marigolds. “I did not know what I was doing,” she says. “I had thousands and thousands of lettuce heads.” Ultimately, she dropped the lettuce (and the boyfriend) but stuck with the flowers.

“Everyone said that after six years, if you’re still doing it, then you’re golden.” This is her seventh season.

Petals Farm, Luu’s baby, is nestled on an eleven-acre field in West Kingston that she shares with a vegetable farmer. Since those first years, through lots of practice, patience and perseverance, she’s cultivated a successful operation. She grows about an acre-and-half of flowers which, while small in comparison to the other two farms, makes sense considering hers is pretty much a solo operation. She sells to florists, designers and Compass Hardware in Charlestown. She does a handful of weddings every year (she’s fully booked for spring 2020) and a weekly farmers market in Narragansett. This year she is also selling wholesale to Carbone, a large floral distributor in Cranston. For now, it’s just the right amount of business, considering she also works full time as a conservationist for the National Resources Conservation Service, a branch of the U.S.D.A. 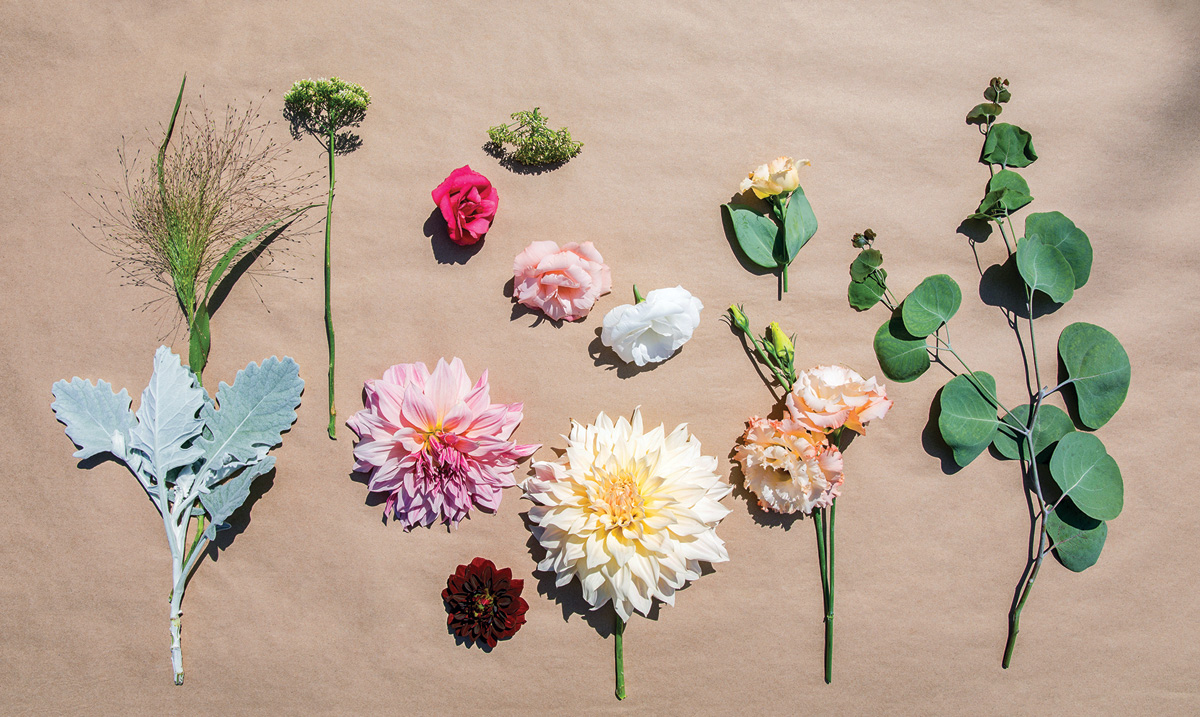 What’s her secret to successful farming? First, she’s found niche crops, lisianthus being one, that she knows will sell and she focuses on those. Second, she’s learned not to fight Mother Nature.

“I used to get pretty frustrated when I lost a crop and I’d be out there during the storm,” Luu says. “But you gotta get to the point where you accept it. If you don’t accept it, don’t do it.

“Now, I let the storm do her thing, and when she calms down, then I go out there and clean up. I don’t have to clean up while she’s mad. That is one of the challenges, but once you accept that it is what it is, it’s no longer a challenge.”

Lastly, she believes a little bit of her energy goes into each living thing she grows, which is why she doesn’t plant or seed when she’s mad. “I firmly believe that those who buy my flowers, those who see them and smell them, that my energy is transferred to them. And that’s why I do it. It’s spiritual.” 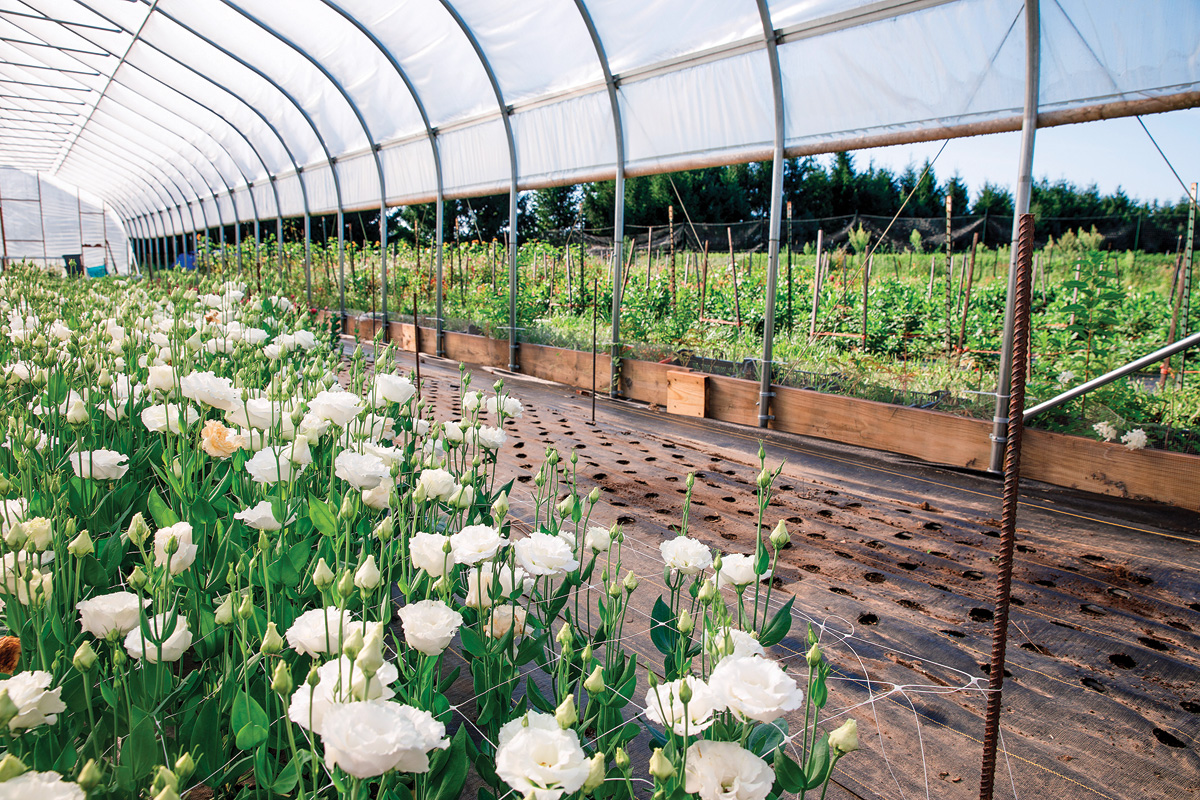 Late-mid season
Cutleaf coneflowers (Rudbeckia laciniata) grow six to seven feet tall, making them ideal for the back of a border. “The foliage has a really interesting cut leaf shape and they have strong yellow petals with a green nose. They provide seeds for the birds and are a great pollinator.”