The Secret Life of Quonset

Despite its importance to the state, few Rhode Islanders know what really goes on at Quonset Point. 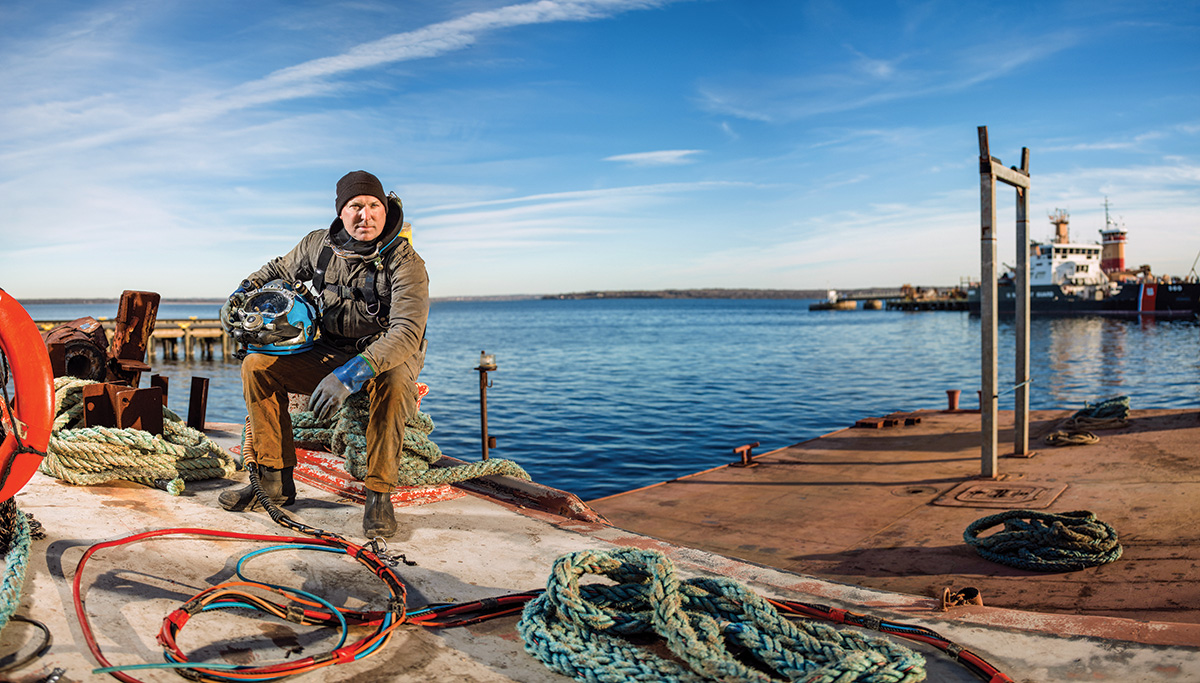 It’s hard to imagine that a ship weighing 60,000 tons, carryinG 8,500 cars, AND standing taller than most buildings in Providence could sneak past anyone, but that’s just what happens every week at Quonset Point. Unseen by most Rhode Islanders (unless you happen to be on a beach, out fishing or crossing the Jamestown Bridge), these massive ships deliver their cargo every week to Quonset’s NORAD, a company that provides the finishing touches on imported cars before shipping them by rail and truck to dealerships throughout New England.

NORAD’s operations are just part of the kaleidoscope of mostly unnoticed activities that take place every day at Quonset, Rhode Island’s largest center of industry, which produces everything from components of microchips and the pressure-treated lumber you need to build your backyard deck to submarine hulls assembled by three shifts of workers toiling twenty-four hours a day at Electric Boat.

Quonset has long been associated with the military and is probably best known for the annual air show hosted by the Rhode Island Air National Guard, which is based at Quonset State Airport. Opened at the dawn of the Second World War, the Quonset Point Naval Air Station was home to the Navy’s famous Seabees (who built their Quonset huts all over the world) and to aircraft carriers that fought in the Vietnam War. At its peak, the base was a mini city inhabited by more than 20,000 sailors, their families and support staff.

Save for a few scattered buildings, that’s almost all gone now. But in its place is a thriving industrial center that employs more than 11,640 people and accounts for 14 percent of all manufacturing jobs in Rhode Island. Of the park’s 1,350 developable acres, only about 200 remain vacant, but Quonset continues to add new jobs as Electric Boat expands its operations and new tenants like Infinity Meat Solutions move in; the meat-processing company will add another 700 jobs in Quonset when it opens in 2020, for example.

Owing in part to geography — the industrial park is mostly concentrated on the tip of an isolated peninsula, with few nearby residential neighbors — and in small part to intentional secrecy (the military is notably shy about access to defense plants), few in the Ocean State really know much about what happens in Quonset.

“The universal response at the end of our tours is, ‘I had no idea,’ ” says Steven King, managing director of the Quonset Development Corporation, the quasi-governmental agency that runs the industrial park.

Setting out to unveil some of the mysteries of Quonset, we met people whose jobs hearken back to a hard-working American past where professions like engineer and stevedore were commonplace. We rode trains, saw giant cranes in operation and climbed aboard one of those giant, car-carrying ships.

We found the military still here, although not always doing the kind of work you’d expect if all you focused on is the planes and helicopters flying overhead. And we heard from immigrants who came to America because they still see this as the best place to do their small part to save the world.
Here are some of their stories.