For an upcoming episode to be released on August 12, “Really Dough?” pays a visit to Providence-based PVDonuts to discuss its famous pizza doughnut. 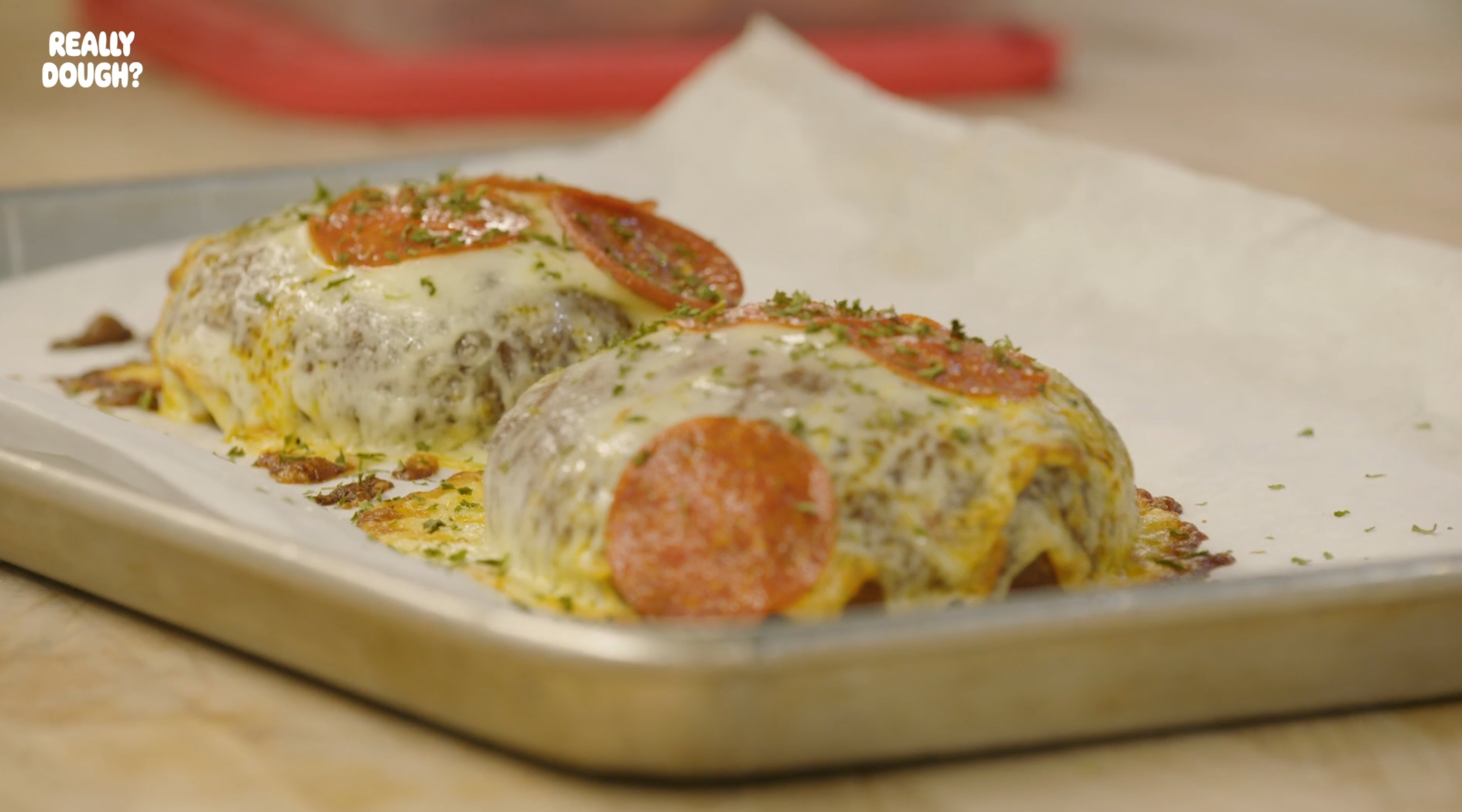 Thrillist produces an online video show all about pizza called “Really Dough?” appearing on Thrillist’s IGTV, YouTube, Facebook and Twitter channels. For an upcoming episode to be released on August 12, “Really Dough?” pays a visit to Providence-based PVDonuts to discuss its famous brioche pizza doughnut.

The series first launched a year ago in August 2018 with pizza enthusiast Scott Wiener of Scott’s Pizza Tours “challenging the notion that there is one ideal standard for pizza perfection.” In that season and the subsequent second season, Wiener teamed up with Brooklyn pizza celeb Mark Iacono, owner of Lucali, to debate with him that some of these customizations should still be considered pizza.

“A pizza doughnut is a thing?” says Wiener in the video.

“We made it a thing,” says Lori Kettelle, co-owner of PVDonuts.  “It’s pizza, but a doughnut.”

Thrillist also has a Rhode Island connection in that the media company’s head of video, Justin Lundstrom, is from East Providence. He brought Thrillist to PVDonuts in Providence to represent his home state.

“Really Dough?” Season 1 was the first Thrillist series to debut on Prime Video, and now viewers can see the third season of videos on Thrillist’s IGTV, YouTube, Facebook and Twitter channels. Here are some of the shops and cities that are featured on Season 3.

See a sneak peek of Thrillist’s visit to PVDonuts, and watch some of the other videos that have already been posted here.