Musician Max Prussner meshes his love for local bands and the restaurant scene with his T-shirt screen printing business. 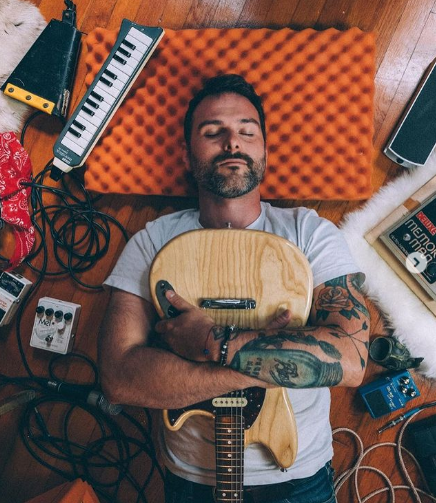 Someone once said, “Choose a job that you love and you’ll never have to work a day in your life.” That’s how Max Prussner feels about music. And while he led his band Flight Patterns, he found another job that helped make his musician lifestyle a reality. It was his role as lead singer and guitar player that got him into his next gig, operating a screen printing press. It all happened organically.

“I wanted to make my band’s merch,” he says. “I wanted to screen print my own LP sleeves and T-shirts.” Prussner got a job working with a local screen printing shop for a year and completed all the necessary training to learn how to do it himself. That was 2008-2009, but then an opportunity to tour with his band came calling, so he put his newfound skill (and finishing college) on hold to follow his dreams. 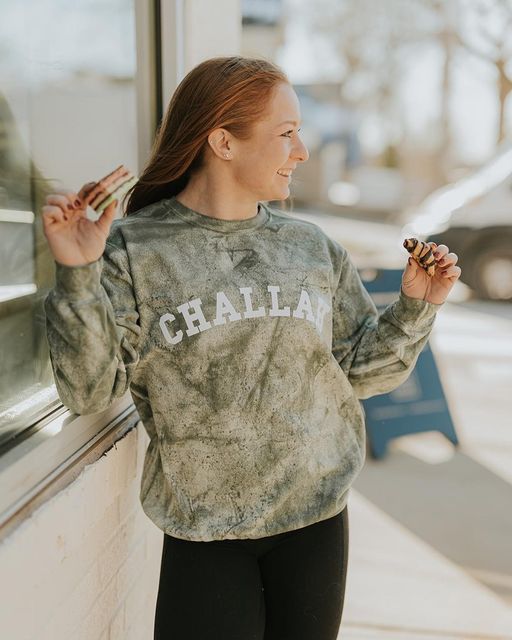 The Challah sweatshirt printed by Prussner Printing at Oak Bakeshop. Photo by @victakesashot.

“When I got signed, I left the area and toured with the band for two years,” he says. “I did no screen printing during that time, and then when that band broke up, I came home and went back to school to finish my art degree.”

In college, Prussner pursued a degree in fine arts. His professor Jason Chase noticed his interests and helped target his personal studies toward screen printing. “He offered me an opportunity to do what I wanted to do in his class as opposed to following the curriculum,” Prussner says. “I plugged screen printing in place of painting or working with pastels, and he facilitated that.”

Once Prussner made the move to professional screen printing, he obtained his own manual four-station, six-color printing press with micro registration, which he keeps in his studio located in the basement of his home in Rehoboth, Massachusetts. Prussner Printing was officially in business. 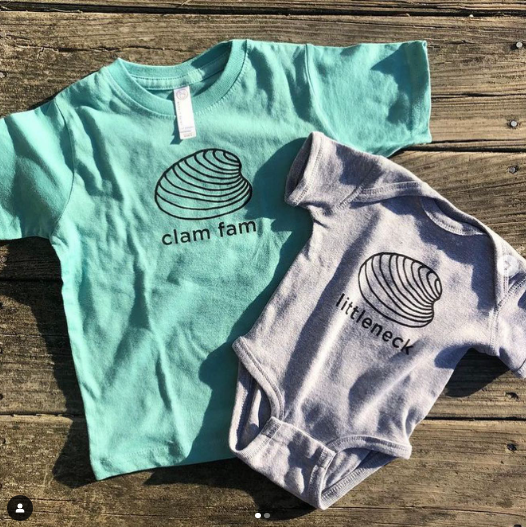 He started off printing merch for area bands using their supplied artwork, in addition to producing his own band’s T-shirts. At that point, he had started a new band, Max Prussner and the Terrible Things. Soon after, one of his bandmates, bass player Paul Kettelle, launched PVDonuts with his wife, Lori Kettelle. Paul had the idea to create merch for their viral and quirky doughnut shop that had lines winding down the block before it even opened its doors in the morning.

“Paul said, ‘Hey we’re going to need you to do this,’” Prussner says. And the people, they bought the T-shirts sporting an iconic blue-frosted, sprinkle-topped treat with the PVDonuts business name on them, effectively becoming walking billboards for the brand. Before that, it wasn’t as common to see people rocking business’s logos on T-shirts and other merch as part of their personal style, says Prussner. 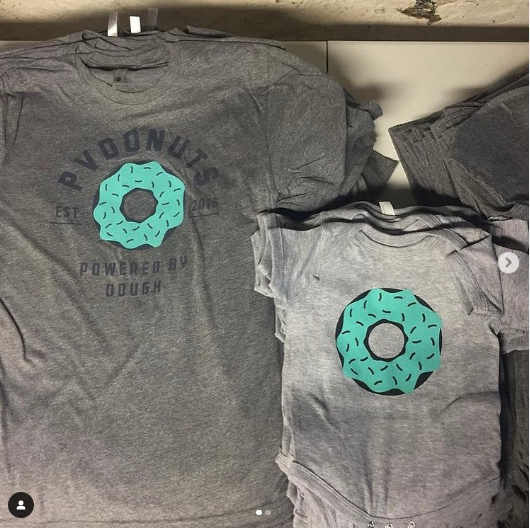 T-shirt and a onesie at PVDonuts.

Once he landed the PVDonuts account, other businesses wanted screen printed T-shirts, sweatshirts, koozies, sweatpants and even underwear with their logos and brand names on them. He gets the T-shirts and sweatshirts at wholesale, but the artwork must be supplied by the client. If a business needs help with design, Prussner outsources work to graphic designer Jon Cafarella.

“Jon’s been my go-to graphic designer for years,” he says. “If I need artwork formatted correctly, he does that, or if a client needs design work, I send them to him.” 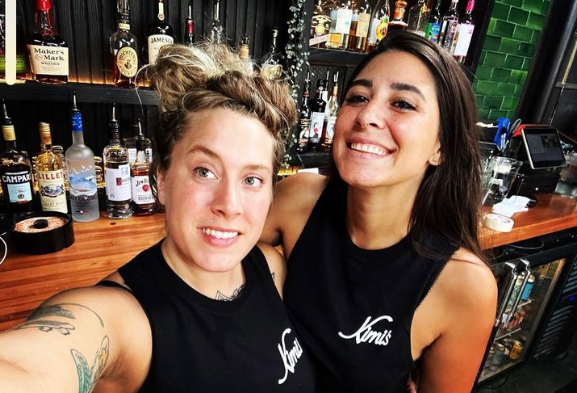 Kimi’s is supporting Prussner Printing by stocking printed tank tops, T-shirts and koozies with the Kimi’s logo on them. Prussner sells his own merch on the spot while slinging cocktails. He’s also gearing up to record again for an album. His personal screen printing business allows him to make his own schedule and dedicate passion towards his first love: music.

Some weeks are busier than others. “I started booking printing jobs like a tattoo artist. I book clients month to month,” he says, adding that next month, he’ll be printing for Twenty Stories bookstore and the craft cocktail bar Glou. “This is a way for me to manage my time, so I can still do the things I want to do.”

He would like to expand his work to more clients, but plans to stick to supporting the local area. “I enjoy being a part of the Providence restaurant community,” he says, “and I would like to continue to grow within this community.” maxprussner.com