Providence the Giraffe Finds a Home in Providence

Described as "bold" and "sassy," the twenty-month-old giraffe calf is the newest addition to the Roger Williams Park Zoo family in Providence. 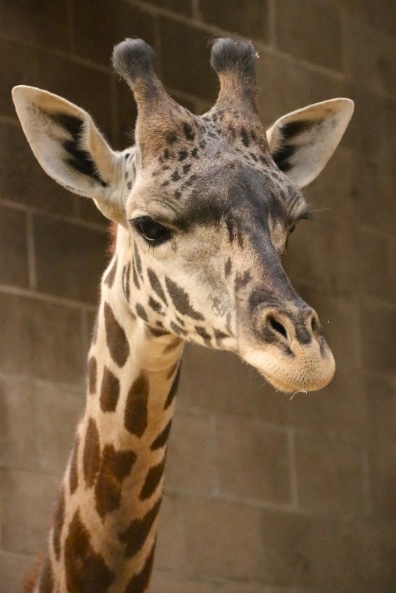 A new resident has joined the Roger Williams Park Zoo [RWPZ] family and she’s already fitting right in thanks to her very fitting name. Whether by fate or pure coincidence, the Greenville Zoo in South Carolina named the twenty-month-old giraffe ‘Providence’—which means divine guidance or care—long before they knew she would be moving to Rhode Island’s capital city. RWPZ was selected for her new home as a part of a breeding recommendation based on the Species Survival Plan for Masai giraffes, a vital initiative created by the Association of Zoos and Aquariums. The SSP assigns certain animals from a particular species to other potential mates at zoos across the United States and overseas. The process helps ensure that populations of endangered species remain both genetically diverse and biologically sound. Over the past thirty years, the International Union for Conservation estimates that the Masai Giraffe population has declined by 49–51 percent, with only about 35,000 left in the world.

Enter Providence. The sweet calf will hopefully play a part in helping to continue her beautiful species’ line.

“She’s a brave, bold, sassy little girl,” says Amy Roberts, deputy director of animal programs at RWPZ. “She came right up to us on her first day to eat her grain from a bucket. She wants to play with our other female giraffe, but they are still getting to know each other.”

So, next time you’re in the area, think about helping a girl out by stopping by and giving Providence a warm welcome to the Providence zoo and community. 1000 Elmwood Ave., Providence, 785-3510, rwpzoo.org